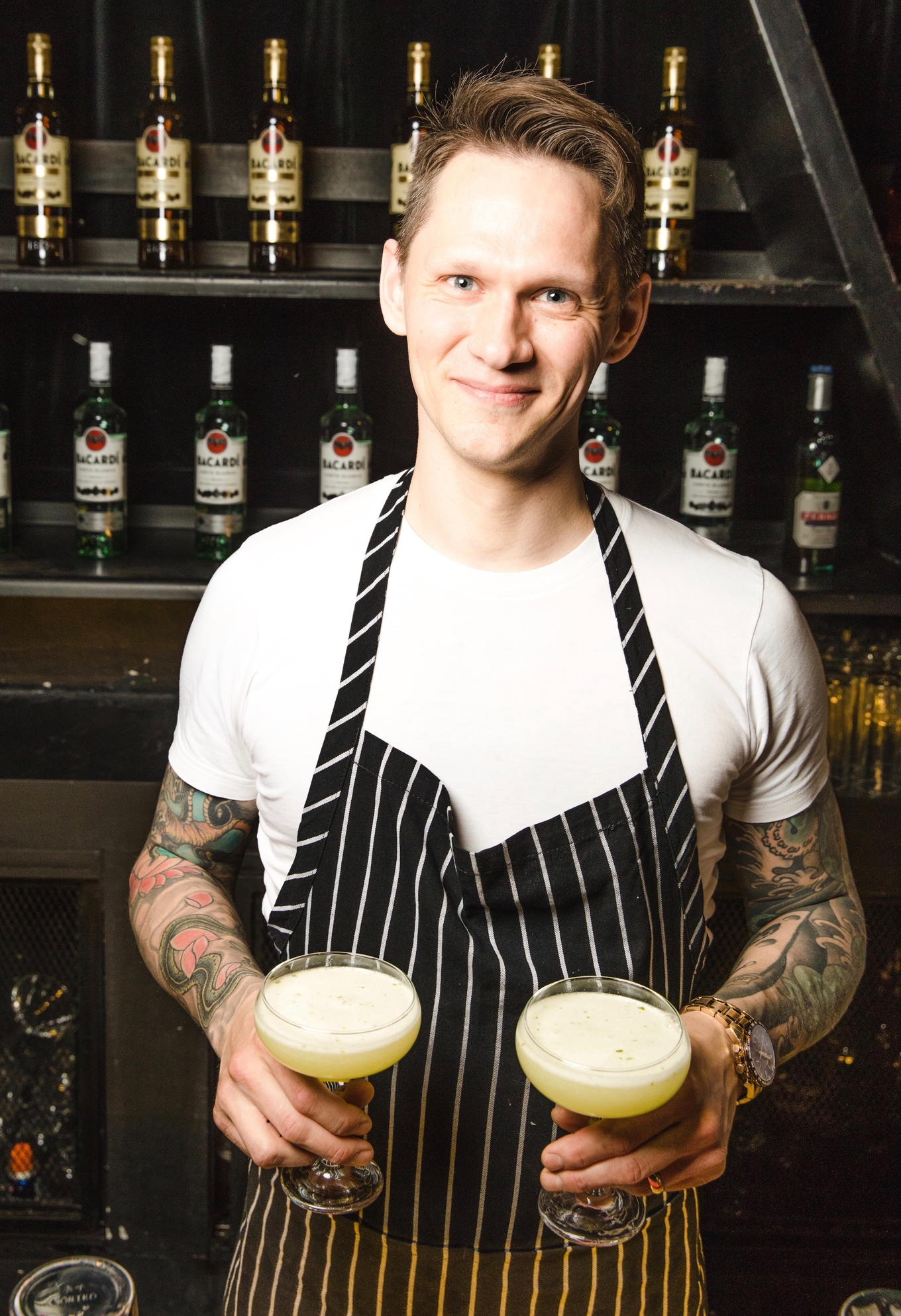 In 2014, Tom Walker competed in the UK Bacardi Legacy competition. He presented his Maid in Cuba cocktail with hopes to earn the national title – and he came away with the win. The whirlwind journey continued through to the global finals where Maid in Cuba achieved worldwide success.

At the time of entering, Tom was a senior bartender at The American Bar, The Savoy, London. “I was pretty close to deciding not to do competitions anymore and instead focus on becoming an out and out career bartender,” Tom recalls, who wasn’t interested in brand ambassador work or management. “After speaking to my mentor Daniel Baernreuther (then, the Director of Beverage at The Savoy), I thought it would be a fitting last competition to take part in, mainly because of what it can do for a person’s career and profile.”

Bacardi Legacy seeks the next classic cocktail – one with longevity which can be replicated across the globe for years to come. “I wanted to do something that hadn’t been done before, which is one of the main premises of Bacardi Legacy, but it’s a tough call,” Tom says. “How do you do something innovative but something that can still be relatable and replicable?”

“About a week before the competition, I came across a drink category called the ‘Maid’, which I found on the first version of the ‘Bartenders Choice’ iPhone app (Bartenders Choice was developed by the bartenders of Attaboy, Diamond Reef and Milk & Honey),” Tom says. “The Maid is essentially a fresh gimlet on the rocks with mint and cucumber. There were many variations, but no one had ever done a white rum Maid, aka a Cuban Maid before. Combining this idea and my previous prototype, I decided to essentially do a mint and cucumber daiquiri with an absinthe rinse and a splash of soda and serve the drink up.”

“The greatest aspect of this were the different angles. Those included the comparison to the Mojito and the Daiquiri, both white rum stalwarts from the previous century of Cuban drink making. Coupled with cucumber and absinthe, which is a key and complimentary flavor pairing, plus the idea of taking a contemporary classic and merging with some historically and culturally important drinks, the Maid in Cuba not only had a recipe, but it also had a story, background and a reason to live,” Tom says on the key aspects to his cocktail’s success.

“It was a massive honor to win the UK finals, although I knew that it was the end of one aspect of the competition and the start of something much tougher. Representing your country on the global stage is a massive honor because no matter which category you represent - finance, sport, politics, whatever - you’ve been chosen as the best your country has to offer in that particular field. Not many people get to do that in their lifetime and I don’t think many people look at it from that perspective.”

And once again, Tom spared no effort, right through until he was crowned the Bacardi Legacy global champion. “Winning the global finals was something else. I’d invested about 18 months of my life into the competition, and so winning it was easily one of the most exhilarating feelings I’d ever experienced.”

“The drink has taken on a life of its own and its pretty crazy to think of it that way,” Tom says. “It’s so hard to keep track of. I get messages from friends now and then who find it in places where they’re visiting or drinking; last I checked I had a friend from - get this - Russia who lives in Singapore who came across the drink on Instagram in Georgia. Georgia! Like Georgia the country. They have bars there that make my drink. And in Thailand too. It’s pretty wild. I think it’s fair to say that it’s become bigger than I ever thought possible. And it’s definitely become bigger than me.”

“My overall experience of the competition was a positive one and one that had a resounding effect on my career trajectory within the beverage industry,” Tom tells us. “It essentially increased my reputation and moved me up a couple of levels within a short space of time.”

“The experience of using social media as a platform for self-promotion was one of the more enjoyable aspects, coupled with the amount of travel I did; I ended up going to Singapore and India, Australia, several parts of Europe and even the US, where I had the massive honor of working a guest shift at PDT in New York in 2013. Those were definitely some of the biggest highlights of the whole journey,” Tom says. “The main challenge I faced was having to juggle a full time and highly demanding position at The Savoy and campaigning for Bacardi Legacy Global Cocktail Competition. The competition was something akin to a part-time/full-time job, although I guess it depends on how much effort you put into it and what you intend to do with it as an extracurricular part of your career.”

“One of my longer aims was to move stateside to tend bar, specifically New York, although for a long time it was a pipe dream. The further I went into Legacy, the more I realized it was a possibility, and so the longer the competition went on the more I pursued ways that would make it more realistic that I would get accepted to be able to work in the US,” Tom says.

And after Tom’s global victory, he found The Big Apple dream was in his grasp. “I ended up moving to the East Coast in November 2014 after my O-1 visa came through and I worked at Attaboy on the Lower East Side for about a year-and-a-half as a host, server and busser. Attaboy occupies the old Milk & Honey site on 134 Eldridge; it was a room that was very close to my heart, especially from a professional standpoint, because of the influence that emanated from the space to the rest of the drinking culture around the globe.”

And since winning Bacardi Legacy, Tom’s gained invaluable experience beyond his own bartending talents. “I’ve worked at some amazing spaces in both Manhattan and Brooklyn, and even Queens too; conversely, some of the biggest insights I’ve had in this profession are from some of the people I’ve worked under. I’ve had some absolutely amazing bosses and managers over the last four years (and some absolute stinkers too).”

“I’ve worked in bars, sports bars, dive bars, upscale seated only bars, volume bars, restaurant bars and everything in between. These experiences have really fleshed out my ability to serve and communicate with both guests and managers in a way that I never would have been able to do before moving to the US. Bacardi Legacy has been awesome for my career and reputation, but you could say that my experiences of service in New York have helped define who I am now as an individual who works in the beverage profession.”

“In terms of your drink, be prepared to be known for that drink and make it for the rest of your life. Are you ready for this drink to become your own personal Cosmopolitan or Trinidad sour? Are you ready to be married to this drink if it becomes as successful as it could be? The competition is a huge commitment. Are you ready to work on your days off and in your free time to make the competition work for you? Bacardi Legacy offers a massive and amazing opportunity to those who take it seriously. Do you have it in you to see it all the way through?” Tom asks ambitious Bacardi Legacy contenders. 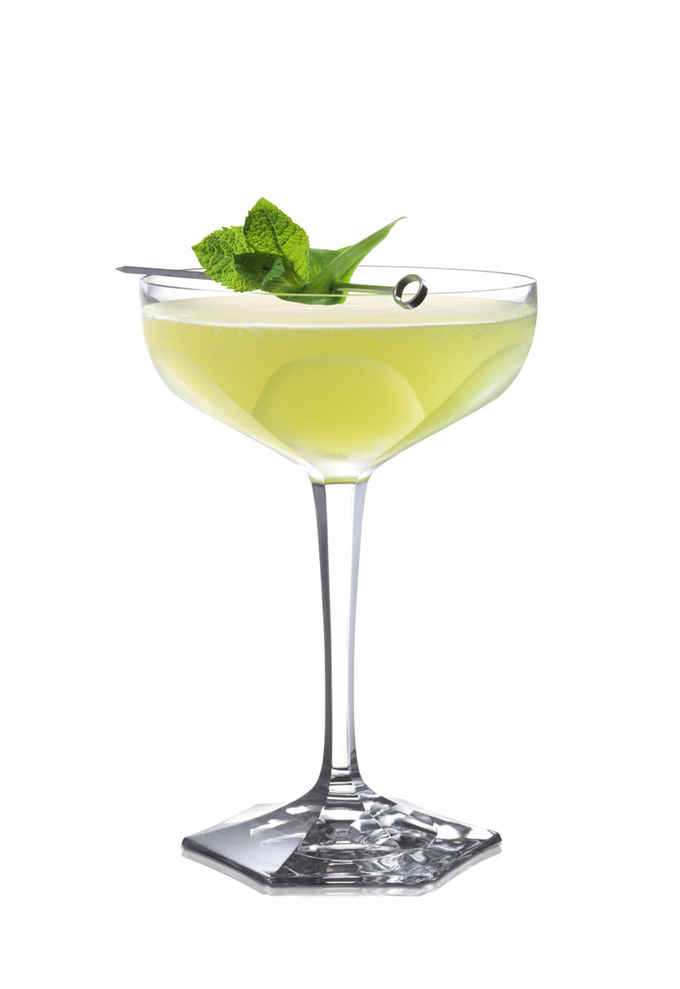 The recipe for Tom’s Bacardi Legacy cocktail Maid in Cuba can be found here.