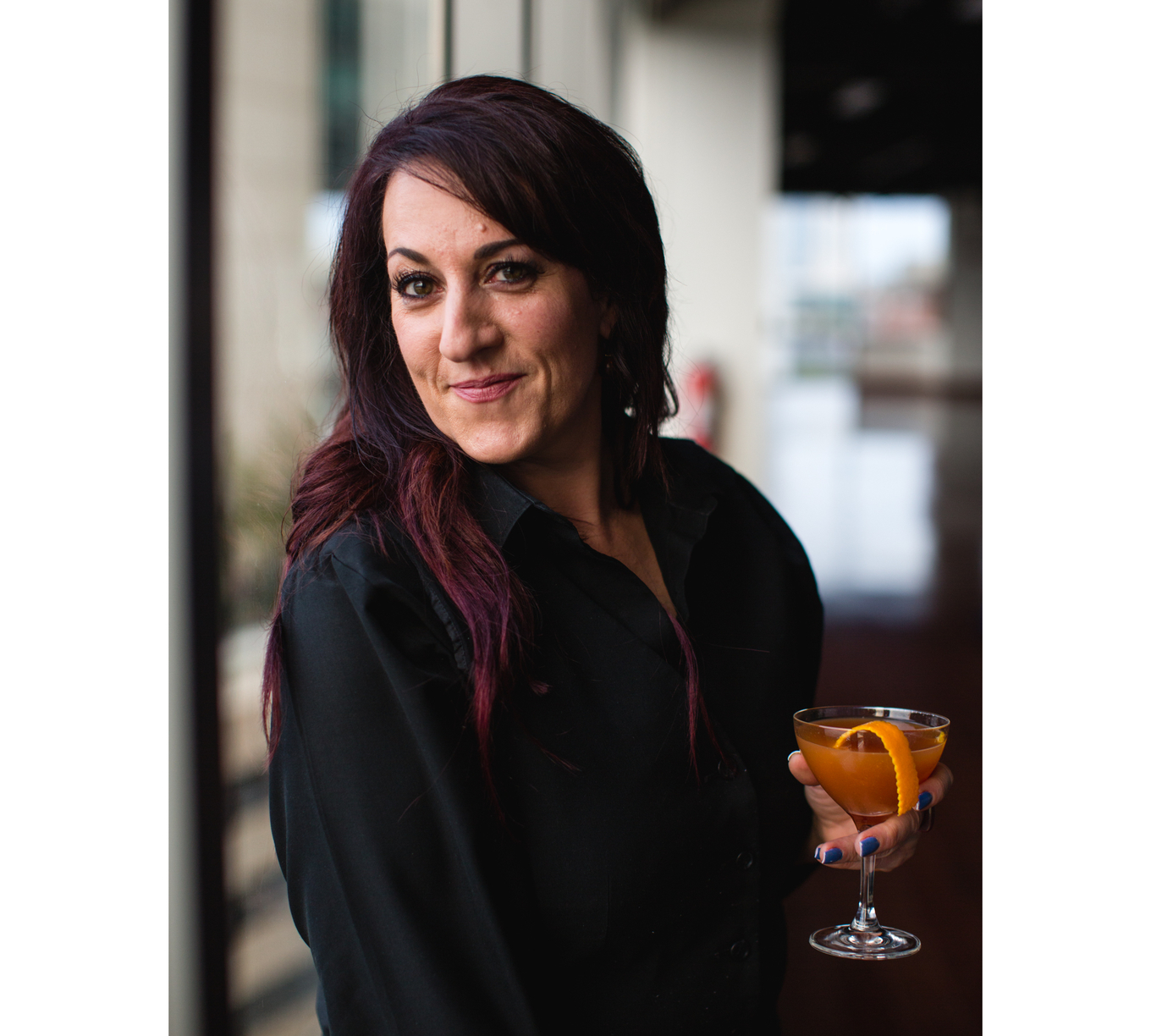 1870 was a good year for spirits history. “Old Forester is a bourbon from Louisville, Kentucky, and the first bourbon to be bottled in the United States,” Cris Dehlavi explains. “And that happened in 1870.”

While others had put bourbons in bottles before, Old Forester was the first one to be presented as we expect a bourbon to be today: bottled, labelled, sealed and ready for market.

Naturally, Old Forester forms the base for Dehlavi’s Heering anniversary cocktail, a Vanilla Old-Fashioned. For Dehlavi, queen of Columbus’ bar scene, a member of Tales of the Cocktail’s Dame Hall of Fame and presiding deity behind the bar at M Restaurant and Bar, the Old-Fashioned is close to her heart. “It’s one of my top three favourite cocktails in the world anyway,” she says. “I do a lot of travelling and I like to see what the version of an Old-Fashioned is in any bar that I go to because it feels like all bartenders have their own version… Nine out of ten versions I really like, even though they’re all completely different.”

Dehlavi’s take is more a deconstructed version of a classic than a simple tweak. “Typically, there would be an orange and a cherry, whether it’s muddled or whether it’s the garnish to be part of the cocktail,” she says. “But in fact that cherry is the Cherry Heering, and the orange is orange juice – and the Cherry Heering of course is like this brilliant, beautiful cherry liqueur that adds that rich cherry flavour to the cocktail.”

Doyenne of Columbus’ bars – she’s been awarded best bartender in the city for nine straight years now – Dehlavi left Arizona for Ohio for a relationship, then stayed after her divorce, raising her daughter single-handedly and on a single income. “I’ve been a single mother since she was four, so I raised her by myself as a bartender,” she says. Her daughter is headed to art school next year.

Since discovering craft cocktails around 2010, Dehlavi has driven a cocktail movement across her city and her state. Passionate about mentorship and professionalism, she set up a state chapter of the USBG, worked her way up from apprentice to leader on the Tales of the Cocktail apprenticeship program, and has consulted on bars and restaurants around the country. Given one single opportunity to improve the industry, she turns to the issue of mentoring. “If I had a magic wand, I think I would take away any pretentiousness from bartenders and focus on hospitality and mentorship: for me that’s the most important thing,” she says. “I love the idea of just mentorship: teaching and bringing everybody up to the same level.” (She sees hospitality as her bartending superpower.)

Although she studied music – and still plays jazz piano for her own entertainment – Dehlavi grew up around restaurants and gravitated naturally to the restaurant world when she left high school. She has worked at M, a sleek fine dining affair known both for its food and for her cocktails, for an impressive 15 years – a lifetime in bartender years. “It’s an incredible place and I love it, and it’s allowed me to have the freedom to go off and do many, many other jobs as well,” she says.

Besides consultancy and mentorship, she’s worked as a state-level ambassador for a range of brands and has run about 15 pop-ups over the last couple of years. Each runs for just a single night offering just four themed cocktails – but always in the same space. “It’s in a basement of one of the oldest restaurants in the city,” she says. “Ezra, we found out, was the original bar owner in that area so we named the speakeasy after him: Ezra’s.”

The ultimate goal, however, as for so many, is to run her own bar. “I'm really just in a place where I need to find the right space,” she says. “And if I find the right space it could happen quickly but for me something like that it has to be perfect… If I do it I want it to be amazing and I want it to be the best. I've come close a couple of times in the last few years but for different reasons it hasn't happened. We'll see. It’s definitely the end goal.” 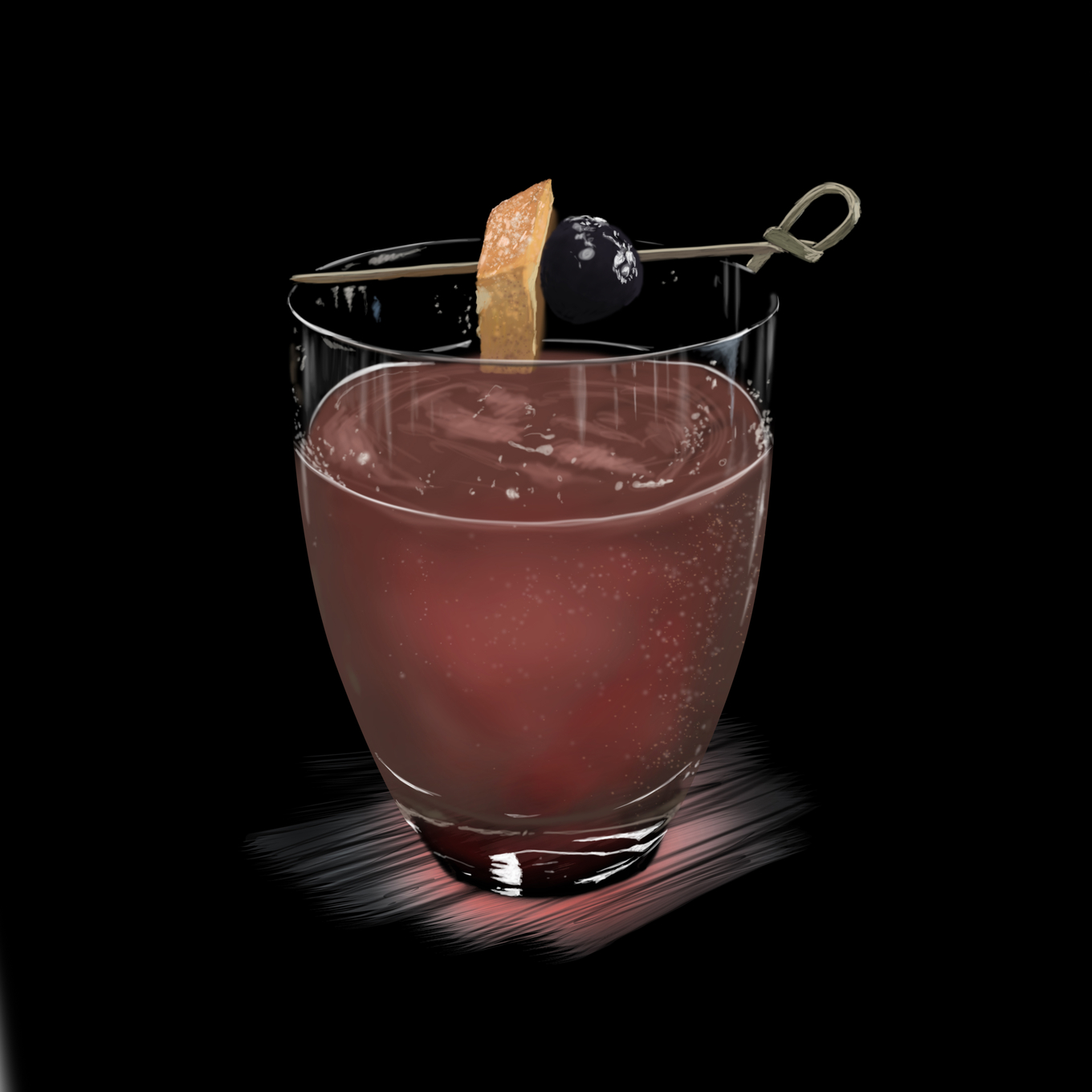 Glass: Rocks
Garnish: Garnish with a slice of orange and a Luxardo cherry.
Method: Shake all of ingredients with ice, strain over large hand chipped ice cube in a glass.