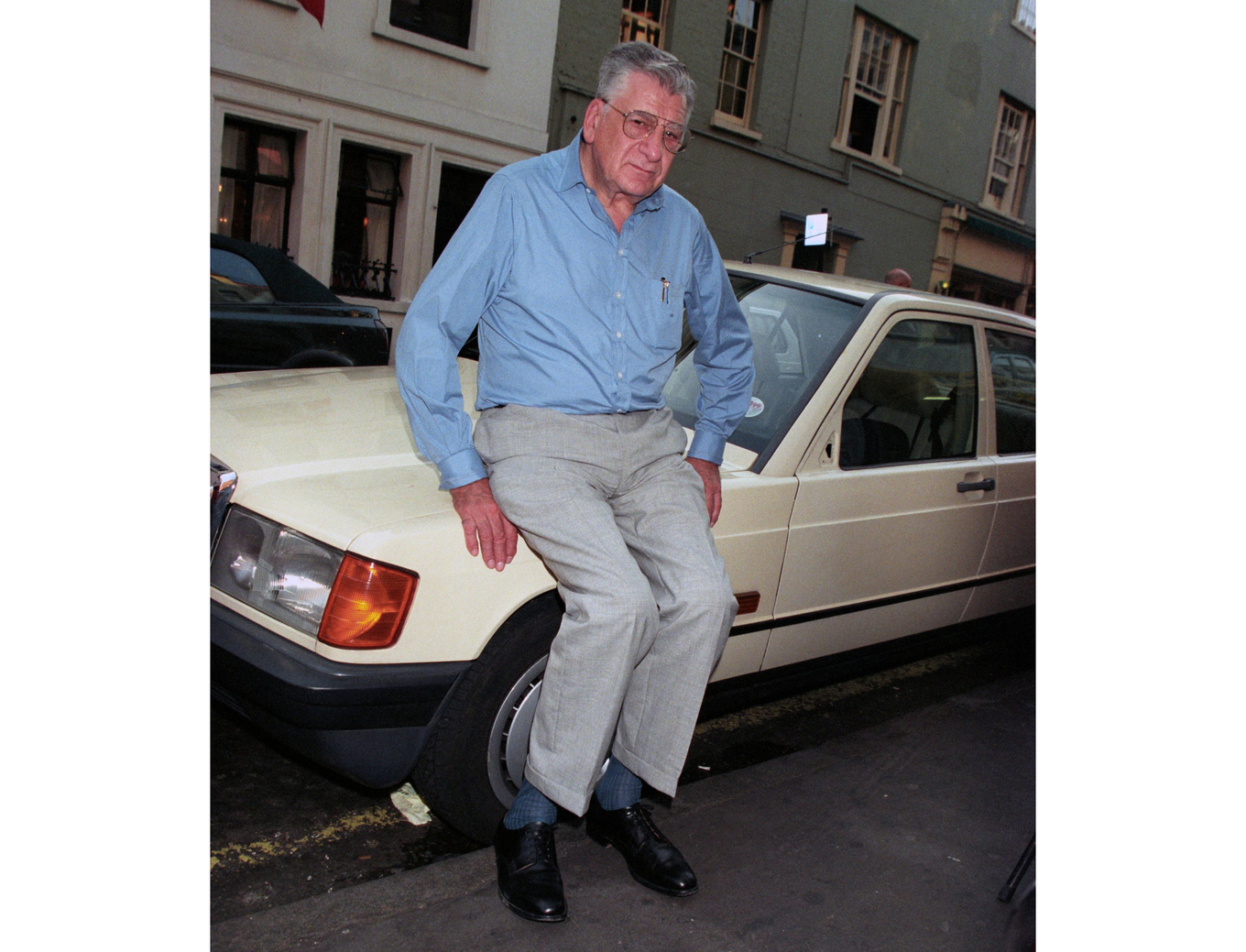 One of London's most iconic pub landlords, immortalised in Private Eye cartoons and on the West End stage, Norman Balon lived, served and dished out insults through Soho's glory years.

Master of Greek Street's Coach and Horses from 1943, when his father took over the business, to 2006, when he eventually retired at rising 80, Balon took a satanic pride in his reputation as London's rudest landlord.

Balon was in his mid-teens when he arrived in Soho on a chilly February afternoon to a pub deprived of glass from Blitz bombings and a London where American soldiers would happily pull guns on a black man who had the temerity to walk in with a white woman. But he took to Soho, in all its sleazy, glitzy glory, like the proverbial duck to water, hosting gangsters like "Big Frank" Mifsud and stars from Betty Grable to John Hurt and Peter O'Toole with ease.

"I have a great diversity of customers, from street-sweepers and shoplifters to some of the highest people in the land," Balon once remarked. "I respect them all."

That respect expressed itself in odd ways. Asked for a Snakebite, Balon responded, in his broad London accent, "We don't do cocktails in here. Get out." While he nurtured his regulars, believing loyalty to be essential to his business, it took years of devotion to become one, as the photographer Nobby Clark learned when Balon told him, "You're not a fucking regular. Those cunts down there are fucking regulars."

For much of his time at the Coach, Balon would leave the premises when it opened at 11am and pop down the road to play cards for the remainder of the day.

One dedicated regular, the lush and racehorse aficionado Jeffrey Bernard, made Balon an ongoing character in his column, which became Jeffrey Bernard Is Unwell, a West End stage play set in the Coach and Horses. Through O'Toole's incarnation of Bernard, Balon's reputation came to extend far beyond Soho, drawing tourists to gawp at the legendary author of insult and providing Balon with a first-class marketing opportunity.

"I am by nature rude. I have no patience for anybody," Balon remarked. And, while this was undoubtedly true, he also embraced insult as his personal brand. Balon had his preferred title, "London's rudest landlord" printed on matchboxes and published a ghostwritten memoir entitled You're Barred, You Bastards, which now changes hands for a cool £100 or so.

Over the years, everyone who was anyone in Soho and plenty who weren't passed through Balon's door, from artists such as Lucian Freud, Francis Bacon and Damien Hirst through to singers such as Jarvis Cocker, while the staff of Private Eye were regulars. The Coach became part of a Soho stumbling circuit that encompassed the French House, the Colony Rooms Club, and, from the mid-80s, the Groucho.

In Balon's later years, he was rarely behind the bar – "I don't care how busy it is, I make it a policy to avoid serving customers unless they are friends of mine," he said – but ensured the pub remained what it was: a smoky, fuggy, sticky-tabled, pattern-carpeted Platonic ideal of a classic London boozer.

Which isn't to say that Balon failed to move with the times. When he started at the Coach in the midst of World War II pubs served warm Guinness, warm bitter, warm ale, and little else. Balon's tiny ice machine would have supplied, he said, the whole of Soho. He came to terms with cold lager, ice in drinks, and even once tried a fruit machine and a jukebox only to find his customers hated both, but clung grimly to a style of sandwich that felt old-fashioned even in the 90s.

Both by his own confession and his staff's accounts, Balon was a bastard to work with. Amazingly, however, he was not just married – to a formidable but tiny lady named Grazia – but a father and a grandfather. Now into his 90s, he was last heard of defying coronavirus from his home in Golders Green, having outlived most of his friends and many of his regulars.