Greetings from Finland, the land of the happiest people in the world - or at least so say the yearly polls. We have to admit, we thought we hit an all-time low when our cocktail bar was burglarized in January, with the thief leaving swiftly with our cash register and money included.

Turns out that serial burglars don't have shit on Mother Nature.

We own and run DeLorean - A Pretty Awesome Cocktail Bar in Jyväskylä, Central Finland. Our bar has been open for two years now, receiving such awards as Finland's Best Cocktail, Finland's Best Cocktail Bar (People's Choice) in the Bartenders' Choice Awards in Stockholm, Sweden. We were also representing the Nordics in last year's Tahona Society Competition world finals in Mexico. All this is worth mentioning, not because they're not worthy accomplishments, but because we did them without existing in the capital city Helsinki, the seemingly center of culture, culinary and mixology in this country. We're outsiders.

However swift our rise to outsider awesomeness may have been, it is now 23.03.2020 and I am writing this piece in an empty bar with empty shelves. And our register is still stolen.

March 16th marked the turning point in Finland for the COVID-19 outbreak. That is when our prime minister Sanna Marin announced the banning of gatherings of more than 10 people. Our duty manager Anna was in the middle of opening the bar as we watched the press conference from home. We immediately called her up, saying it sounds like you just got a free day, Anna. We chose not to open that day, as we have seats for 50 customers. We were quite astonished to find out we were the only ones who had arrived at this conclusion: all the other restaurants opened as usual!

Earlier in the previous week, the government had already banned events of more than 500 participants. This meant the cancellation of gigs and live performances, but nightclubs were still allowed to be open, as long as they only let in 499 customers. It seemed ridiculous to us, and should seem that way to you too, dear reader. What difference does it make in a crowded 499 person room, whether or not there is a person on stage with a microphone? Our bar still remained open as well, as there was no direct order to close down. Hell, to us our bar even seemed a safer choice for customers: 50 seats versus 500 seats.

So when the government lowered the cap of public gatherings to 10 people, we decided to call it quits. We were probably the first ones in Finland to act, feel free to call bullshit on this one if you want. But five minutes after the press conference we gave the order to shut down. Now it's for real and we have a responsibility as entrepreneurs to protect people from themselves. To help them NOT gather. What followed were the saddest and at the same time best news we've ever had to tell our staff.

Our staff was laid off with the most love we could afford: We promised to pay their salaries normally for 14 days (later the government changed this to 5 days). That is where our lawful duties as salary payers end, but we wanted to do things a little bit better. We also promised to pay them 50 % of their normal salary for a month even though they're not working, and also to pay for all of their groceries coordinating the shopping directly from our wholesale partner. That way the staff gets a little bit of money to get by, and doesn't have to worry about food costs. We have also provided them with accounts to www.skillshare.com in case they feel like making the most of their downtime by learning a new skill or honing their old ones.

To help keep this bar above ground, we initiated a Go Fund Me crowdfunding campaign "Help DeLorean Help Their Staff", the result of which makes our hearts miss a beat. The social media attention, love and support was overwhelming. People really seemed to respond to our noble effort to help out our staff in an awful situation, even with us being a small, poor, outsider establishment started two years ago by two broke bartenders and a bank loan.

Finnish money collection laws forbid anyone gathering money for any reason without consent from the government. We're just going to cross that bridge when we get to it, we guess. We are more than happy to answer to the tax man for our senseless crime of feeding our own laid off staff.

We have also coordinated with a Finnish online event ticket sales company www.liveto.io to quickly set up an online gift voucher store. The store was directly added to our website. This way people - if they wish to - can buy vouchers for cocktails and cocktail trainings online right now from their home. We won't be able to deliver right now due to Finnish alcohol laws, but they get their cocktails and trainings when all this COVID-19 business is said and done. This also means revenue while the bar is still shut down, which enables the company to stay afloat for longer.

Alcohol and beverage companies have proven invaluable partners during all this. I think my mom has been the only one calling me as much during these last weeks as them. Their heartfelt support has been the bright spot of each day as most other news seem to only make things worse. Now we wait to see if these multi-million aid packages we've been hearing and reading about ever reach the land of the happiest people on the planet, as Finland (or the Nordics for that matter) understandably aren't a focus territory for any of these international companies.

As for yours truly and my business partner Sampsa Tukia, co-owner of DeLorean, we are still hanging on a thread and have no idea whether or not the floor is lava. The government has promised certain monetary support packages for small businesses, but most of them seem to be loan-based which is basically just moving the problem to a later date. At least the loans are cheap, right?

Meanwhile the government issued their own airline company Finnair an aid package of 500 million.

Insurance companies are washing their hands in more senses than one. The government has yet to force restaurants closed, but we are no longer the only ones who have closed our doors willingly. Nightclubs are still banging with 500 person caps, most restaurants are still operating normally, though struggling. The common feeling seems to be that the closing of restaurants by the government is imminent. For some reason people still seem to be gathering in groups larger than 10 people. Who knew, right?

Now is the time for you to think about social sustainability, and what your bar means to your community. What is the effect your company is going to have 2 meters, 10 meters, 1 mile and 10 miles outside your bar? What is your meaning? When all this blows over, you want to be standing on the right side of history.

Our last weeks have been - to quote the Talib Kweli album - a beautiful struggle. We were admittedly a little late to act, but not too late. Probably the first. We have had to lay off our staff, but softly and supportingly, not letting them fall. We are currently closed but are doing everything to stay afloat and strike back with a vengeance. It has been, for a lack of a better word, a pretty awesome apocalypse.

Love, respect and epic elbow bumps to all restaurant entrepreneurs, 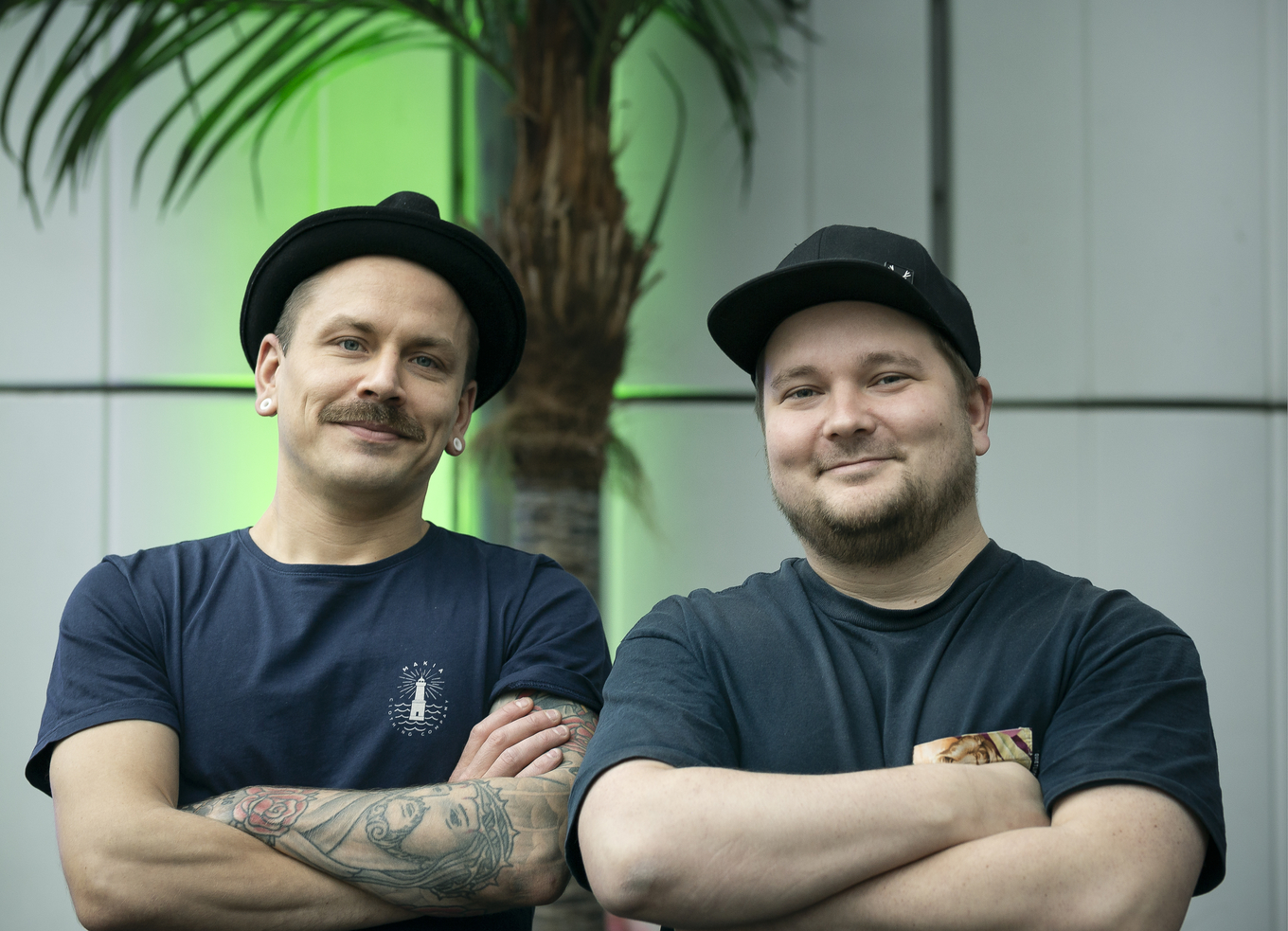 DeLorean's Pretty Awesome Words of Advice For Your Bar:

1. Set up an online gift voucher shop. It's income for your bar today!
2. Set up a crowdfund. You'd be surprised how much people want to help their favourite spots. Promise your donators something in return.
3. Contact your beverage partners if they've yet to contact you. They're in the same mess as you are, except they have investors and millions.
4. Negotiate rents, bank loan grace periods, sales tax reductions, the works.
5. Dig deep! What are the services and products you can sell to your friends and customers today? Can you sell freshly squeezed juices or smoothies to your local store? Can you home-deliver? Do whatever song and dance you can come up with to keep your revenue going without opening your doors.
6. Help your staff if you can. Help them keep occupied. Help them pay for their rent or their food if you can. Ask how they're doing. Be their mom.
7. Minimize or halt your own salary as much as possible. Use it for something else. Right now is the time when your staff needs to be better off than yourself.
8. Don't be a dick on social media. Things are tough and aggravating right now but after this all blows over, there are going to be two groups: those that were idiots online and those who weren't. Like the country song says: Always be humble and kind.

When all is said and done, in order for your bar to open up again after this catastrophe, you're going to need two things: staff and liquidity. Those are your two (and only) equally important assets, and you need to be a damn Flying Spaghetti Monster to keep them safe. 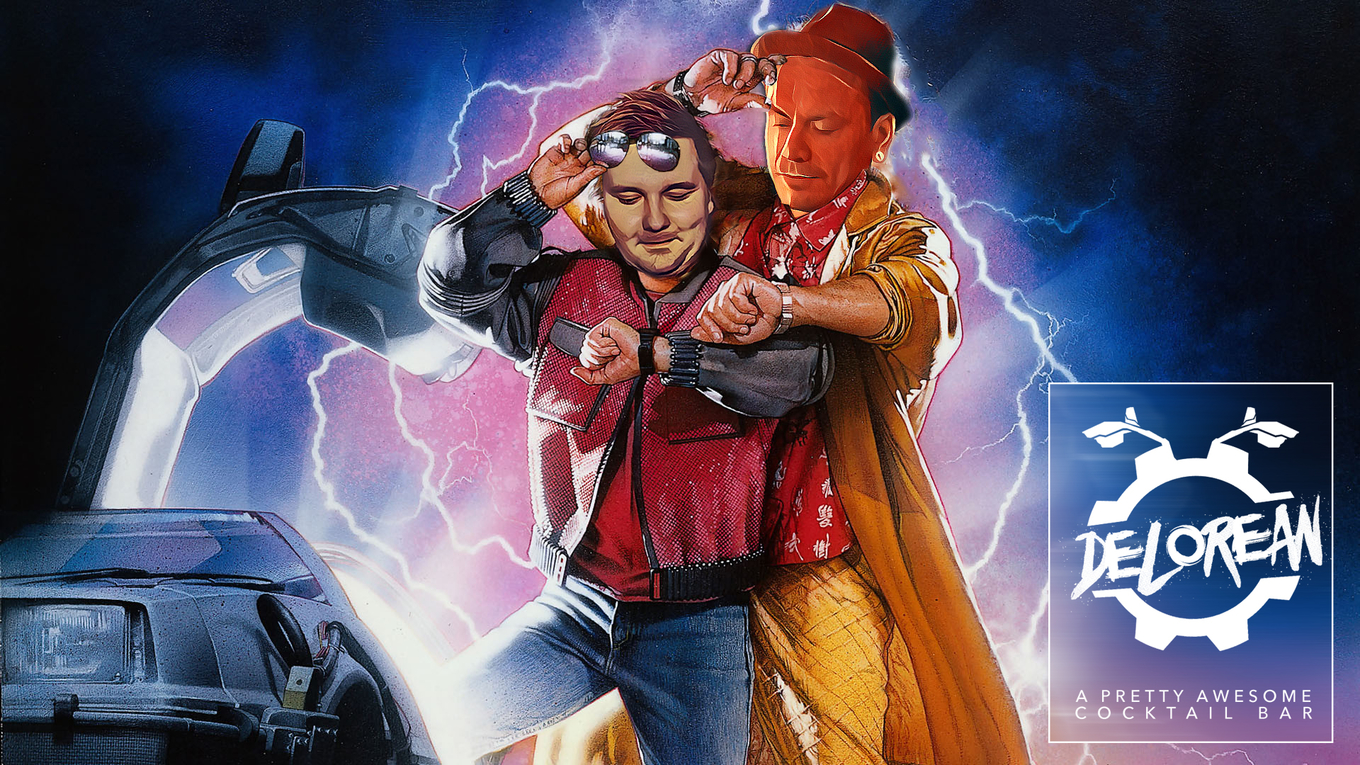 ... comment(s) for A Pretty Awesome Apocalypse