Independence Day in Trinidad And Tobago 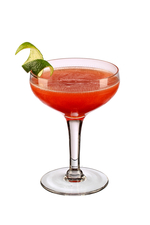 Any excuse for a party in the Caribbean: today Trinidadians and Tobagonians are bringing out the steel drums, calypso, limbo dancers and rum for an all-day carnival to mark the anniversary of their independence from the UK, gained this day in 1962.

Just a few miles from the coast of Venezuela, these Caribbean islands were discovered by Columbus in 1498. Yet their culture is a remarkable fusion of Caribbean and Asian, with curries as popular as Creole food.

Our chosen cocktail, the Queen's Park Hotel Super Cocktail is best described as being a Trinidadian Daiquiri due to its heavy use of Angostura Bitters. Our recipe dates from the 1930s and the colonial splendour of what was then the leading hotel in Port of Spain, Trinidad.

Death of Diana, Princess of Wales

Princess Diana, Dodi Fayed, and their drunken chauffeur, Henri Paul, died on this day in 1997 after a high-speed car chase out of the Paris Ritz came to a tragic end in the Pont de l'Alma road tunnel.

The first British inquest into the Princess' death was supposed to lay conspiracy theories to rest, but it didn't. Mohammed Al Fayed, whose security team were protecting the Princess and his son when they died, persists in his belief that there was a conspiracy to murder her, probably because she was pregnant. Other conspiracy theories come from the disgruntled former inlaws of an SAS soldier, who allege that the SAS were involved in the conspiracy to kill her, by blinding Henri Paul with a bright light in the tunnel.

The inquest would take more than four years to reach a verdict. But on 7th April 2008, the jury decided that the driver, Henri Paul, and the paparazzi who had chased the car into the tunnel, shared responsibility for the deaths of both Diana and Dodi.

We are remembering "Lady Di with a White Lady cocktail.

Hitler framed Poland on this day

In the evening of August 31, 1939, small clusters of troops in Polish uniforms crossed the border into Germany. One group seized a radio station in Gleiwitz, sent out a message in Polish asking Poles to attack the Germans, and then left, leaving behind a dead body in Polish uniform.

Yet neither the troops nor the bodies were as they seemed. The corpses were concentration camp prisoners who had been shot to provide authenticity; the troops were members of the Nazi SS and Gestapo. The whole scenario was a false flag incident, created so that Hitler could invade Poland.

At 4:45 the next morning, he duly did. World War II was underway, and would continue for six brutal years. We're commemorating this sombre anniversary with a Polish Martini, created by Dick Bradsell for his (Polish) father-in-law.

The English sculptor and artist Henry Moore, who died this day in 1986, is best known for his monumental semi-abstract sculptures, most of which are depictions of the human figure, particularly mother-and-child pairings or reclining figures.

Many of these works are pierced or contain hollow spaces, and his undulating forms are thought to draw on the landscape and hills of his Yorkshire birthplace. His many large-scale commissions made Moore wealthy but he tended to live the simple life of a coal miner's son, choosing to donate most of his income to the Henry Moore Foundation, which continues to support education and promotion of the arts. We are drinking to one of the most famous of all English artists with an Artists Special, a cocktail from the 1920s.

... comment(s) for Independence Day in Trinidad And Tobago