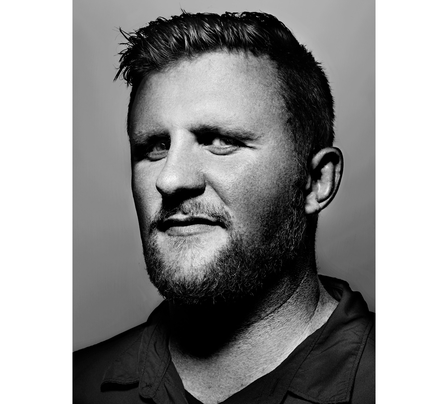 Veteran brand advocate Ian McLaren first caught the cocktail bug in a little wine shop in mid-90s Edinburgh. “There was a guy working there called Charles Peploe – indeterminate age, quite an eccentric guy, drove a tiny little motorbike and was crazy, very passionate about wine,” he recalls. “He gave me a copy of the Savoy Cocktail Book and it actually turned out to be a version from the 1930s, marked up with his recommendations and his assessments of the different drinks in his own little code and cypher.”

Today, McLaren is one of the UK’s best regarded trade marketers. Over more than a decade with Bacardi, he’s led the advocacy (and ambassador) programmes in North America and in western Europe. But it was a passion for education that led him into the role. “I’m a bit of a sponge for knowledge,” he says. “I really love finding new things. It’s almost a treasure hunter type of thing where I can take facts and knowledge and kind of squirrel them away. I love helping other people to find the same excitement and passion that I find in these little tidbits of knowledge.”

After graduating in politics and international relations, a degree tailored for the corporate world he now inhabits, McLaren fell into the bar industry by way of running sports for his university. Having worked his way up to management, he was planning to switch career to marketing when he dropped his CV at a bar on George Street in Edinburgh. By happy chance, that turned out to be the opening night of Opal Lounge, a scene stalwart for the big end of two decades and a flagship of the city’s Montpeliers group.

The timing was flawless. “I’m very fortunate to be associated with a period of time which has generated a huge number of people that have got to be very successful in the industry,” says McLaren, who was raised in Edinburgh. “We are very fortunate to come from a generation that’s gone on to do great things around the world.” Bramble’s Mike Aikman and Jason Scott, Bon Vivant Group’s Stu McCluskey, and Ryan “Mr Lyan” Chetiyawardana all emerged from the creative ferment of the city’s early aughts cocktail scene.

The inspiration to pursue training as a role came from the Revolution vodka bars group. McLaren had been working with the company when they opened their first Soho venue in 2001. “I went down there as part of the openings team, just as my last hurrah, and I was very fortunate to be taught by Dick Bradsell for two or three weeks, which was an extraordinary experience,” he says. “I think that’s really where I started thinking: I can actually make a career, not out of being the person doing it, but being the person who’s helping everyone else to get it done.”

McLaren duly persuaded Montpeliers that they needed to have a bartender trainer. Five years later, the world of brands came calling and he took a sales job with now-defunct Fior Brands. He joined Bacardi in 2007 and hasn’t looked back.

The training world has changed almost beyond recognition since McLaren started his career, in an era before smartphones, social media or effective internet search. “The smartphone kind of kills knowledge-based training,” he observes. “If all you have when you walk through the door is internet facts then you know people are going to fact-check you first of all – and you’d better be right. Second of all, you know they may (or may not) have read them before. So now training is much more about the experience you can bring to the bar – the context you can bring and the stories you can bring that you can help people to remember.”

Bacardi exploits a wealth of digital tools, with Patrón in particular known for its use of VR. But for McLaren it’s the old-fashioned art of the story that shapes an ambassador’s ability to do their job. “The medium with which you tell the story is a fraction as important as storytelling,” he says. “Really, there are very few things that can replace that visceral sense you get from smelling something, tasting something, doing something.”

Based out of his family home in Edinburgh, McLaren manages a team of European ambassadors who have significant autonomy within their own markets, as well as consulting within Bacardi’s broader business. While he’s rarely at the training coalface himself, for him the essence of effective training still lies in empathy. “You’ve got to really care about your audience and really care that they walk out with something that’s useful for them,” he observes. “You’ve got to really want them to be successful at what you’re trying to teach them.”

And, beyond the mellow surface, McLaren is a chap who values success. He played sports competitively at university and the urge to win is still within his DNA. “Rugby was my sport – it’s not any more!” he says. “I did go back to rugby about a year and a half ago when I was living in Miami and regretted it instantly – it’s very painful as it turns out.”

Instead, he got back into cycling by way of Martini Ciclismo and now competes in brutal hill races. “I had an old bike and I got it fixed up to get it to be as functional as possible, because I love tinkering with things and making them work as well as possible, in cycling but also in life,“ McLaren says. “At Christmas time, I did get a new bike, but of course I crashed that into a car… ”

Despite his own circuitous path into advocacy, McLaren can’t speak highly enough of the brand ambassador role as a career choice. “If anyone’s not sure what path to take in the spirits industry, becoming a brand ambassador or a brand advocate or a portfolio ambassador is a fantastic thing to do because it puts you right in the centre of all the different elements of the spirits business,” he says. “On the one side you have almost a commercial understanding of the business and how it works, on the other you have very much a marketer’s understanding of how the industry works and how customers think. So you’re really well placed to get really good insights from ground level into big multinational spirits businesses.”

For McLaren, a brand ambassador’s essential attributes are all character based. “You need to have endless patience working in this job, and sometimes that comes with bartending territory but sometimes it doesn’t,” he says. “You also need to be quite unflappable and endless optimism helps because not everything is going to go your way. You’re going to find people that don’t like you or don’t like your brand or don’t like what you’re trying to say.”

McLaren focuses on resilience as a vital character trait. “Being a brand ambassador can be quite a lonely job – you don’t necessarily always work from an office, in fact it’s quite often good if you don’t because it means you’re out and about more,” he says. “It’s quite mentally taxing to be doing something that many people consider play as a job. And that sounds very ‘Poor me! Poor me!’ but it’s a reality that you need to have that mental toughness and fortitude to see it in the way it should be seen, so you don’t get dragged into behaviours that are not appropriate.”

One thing you don’t need, apparently, is a structured game plan. “Every job interview I ever had, certainly in my early career, always asked about the five-year vision – and I’ve never really had the five-year vision,” McLaren says. “I have a real passion for the on-trade, a real passion for bartending, I believe in the power of hospitality, and I think that belief will carry me forward to make good decisions about what I do in the future.”

And, while his love of bartending shines through, McLaren’s career philosophy is to operate in the space where opportunity, preparation and ambition meet. “I very much subscribe to the idea that life is sort of swinging through the jungle,” he says. “You grab a vine, you swing out confidently, knowing there’ll be another one at some point to grab on to. You’ve just got to grab the right vine.”