Status Operational
Established: 1812
Owner: Bacardi Limited
Capacity: 4 million litres
Visitor Policy: Not generally accessible
Tel: +44 (0)1667 402 002
Website: http://www.bacardilimited.com/royal-brackla-singl
Boasting a home said to have inspired William Shakespeare’s Macbeth and the first Scotch whisky to receive a royal warrant, Royal Brackla can truly claim its name is steeped in history. Affectionately known as ‘The King’s Own Whisky’, over its 200 years, the distillery has seen it change hands several times only to be mothballed in the 1980s. Following a resurrection in 1990 it now boasts a production capacity some 12 times larger than its original 1885. 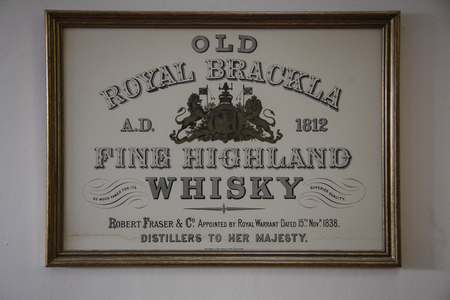 The oldest distillery in the John Dewar and Sons (Bacardi) portfolio, Brackla Distillery, as it’s originally known, was established in 1812 by Captain William Fraser. The son of a tenant farmer, he was a local man, born 12th May 1767 on the Cawdor estate in Nairn in the Scottish Highlands near Inverness. At just 15 years of age William enrolled in the British Army and was sent to India. He was promoted to captain in 1803, revisiting his childhood home to marry in 1805, finally returning to Scotland after 15 years to serve his final years in military service at Fort George on a nearby peninsula. It was during this time that he became a well-known man with connections to both the local castle and the royal family.

The area in Nairn where Captain Fraser established Brackla Distillery was no stranger to alcohol production, having previously been the home of a brewery. He and four other men leased the site for their new distillery and adjacent farmland from the Earl of Cawdor. Their enterprise lost £2,500 in the first two years as they, like so many other legitimate distillers in the early 19th century struggled to compete with illegal producers and smugglers who didn’t pay duty. Alfred Barnard, writing in The Whisky Distilleries of the United Kingdom 1887, comments that the Cawdor Burn which supplies Royal Brackla was used by the noted Tarrick and other smugglers ‘whose illicit stills abounded on its banks’.

This competition plagued Captain Fraser who was often heard complaining that he was surrounded by people who drank nothing but whisky yet he could not sell 100 gallons in a year. Despite, or perhaps due to these initial losses, he managed to buy out his partners and continued the business on his own.

Growing his own barley in the surrounding fields turned out to be a great foundation for his new solo business but illicit stills continued to sprout up around him. In 1821 he told a Parliamentary Commission that he was unable to sell whisky within 120 miles of Brackla because of the sheer amount of illegal producers. In light of this, Fraser choose to send the majority of his whisky to London, commenting that “probably I send more [whisky] to England than any other Highlander distiller.”

In 1826, the Inverness Journal reported that the Brackla Distillery was shipping 900 gallons of malt spirits to houses in London and was ‘supposed to be the first ever shipped at that port by the permission of Government’. Seven years on, August 15th 1833, Captain Fraser received an order from King William IV for some of his whisky to be shipped to St James’s Palace in London. In the same year Brackla became the first Scotch whisky ever to be awarded a royal warrant and changed its name to Royal Brackla, only one of three distilleries ever to use the prefix in its title.

With the royal seal of approval came media attention and newspapers now began publishing accolades to the whisky. London’s Morning Post described it in 1836 in glowing terms: “it is perhaps the only malt spirit which proves alike congenial to the palate and constitution of connoisseurs of every country. It is peat-flavoured, but far from rank – strong, but not fiery, and produces the most exquisite Punch or Toddy.”

When the king died in 1838, his heir, the young Queen Victoria, renewed the royal warrant – a pattern repeated by every monarch since. Captain Fraser was now an old man, however, and a few years later, on 15th October 1846, he died aged 78 and was buried at Cawdor church. He was described by Joseph Pacy, an excise officer at Brackla, as a tall, muscular, big framed man who was respected in the neighbourhood. His business, including the distillery and farm, now passed to his son Robert.

Robert Fraser ran things in a similar manner as his father, with the census of 1861 officially recording him as a farmer at 48-years-old, employing 17 labourers on 300 acres and a distiller in charge of 11 men.

Demand for Brackla’s whisky continued to increase, especially as bootleg distillers were slowly forced out of their illegal business. The Frasers’ whisky was, and remains, very blendable and this was exploited by numerous blenders, including Brackla’s own sales managers, Andrew Usher & Co, which was credited as the first company to create a proprietary blend of whisky in 1860.

By 1878, Robert was unable to continue working on both the farm and the distillery, and so passed Royal Brackla to the control of Robert Fraser & Co while he continued to work the land himself. Nine years later Alfred Barnard when he came to visit, he described the fields surrounding the distillery, its barley lofts and warehouses as well as the intimate details of the distilling process. “There are three ponds or reservoirs close to the works, and most picturesquely situated, shaded by willow trees and fed by waters of the Cawdor Burn. In this latter stream are placed the coolers, a capital arrangement when the position of the Burn will permit,” Barnard writes.

The picture Barnard paints of the distillery is very different to the one that stands today. There were farmers’ wagons and friction hoists used to move grain around and the old mash tun which he described as ‘17 feet in diameter and 6 feet deep, possessing the usual stirring gear and draining plates’. Barnard saw the washbacks when there were still eight, each holding 5,000 gallons.

An engine-house contained a horizontal engine of 13 horsepower and a donkey-engine for feeding the boiler. There was a water-wheel, pumps and a steam boiler for supplying hot water to the mash tun. When Barnard visited, the warehouse contained 2,000 barrels of aging whisky and Brackla had its own cooperage.

In 1886, the Aberdeen Weekly Journal published news of Robert’s death. In addition to referencing his proprietorship of Brackla Distillery it went on to describe him as a director of the Highland Railway Company, the Caledonian Bank and many other important companies in the north and described him as being widely known and much respected.

In the wake of his death, over the next few decades the distillery changed ownership several times. First, in 1897, the Brackla Distillery Company took over operations, modernising production by re-modelling the tun room and malt barns. The new company was founded by four men including a new distiller, Walter C. Newbigging. The prospectus at the time read: “Brackla whisky has long been known as one of the best Highland malt whiskies in the market. Demand for it has for years been much in excess of the supply, and in order to cope with this demand considerable additions have recently been made to the distillery.”

Like the majority of spirit producers in Great Britain, Royal Brackla was mothballed during the First World War then afterwards was purchased by John Bisset & Co Ltd of Aberdeen. This company was in turn bought by Distillers Company Ltd and transferred to its distillery arm, Scottish Malt Distillers, although it still traded under the Bisset name.

Production was halted once again during the Second World War, however Royal Brackla had a unique and active role in the war, more so than most other distilleries. It was requisitioned by the military and became R.A.F. Brackla, with the surrounding flat land used as a landing strip – though distillery operations were not disturbed. Gradually more and more hangars were built and after 1945 the land was used to scrap and store aeroplanes including some 300 Halifaxes and Warwicks. Looking around Royal Brackla today there isn’t much evidence left of this wartime interlude. Once hostilities were over and barley could once again be freed up for whisky production Brackla restarted distilling.

During 1964-66, the distillery underwent huge changes, ceasing production in order to modernise and increase its output. The traditional method of coal-firing the stills was changed to an internal steam heated system. Four years after these changes, Brackla doubled its stills from two to four.

While the 1960s and ‘70s were kind to the whisky industry the ‘80s were less so: boom turned into bust and distilleries began falling by the wayside due to a surplus in product. Many that closed in this period would never reopen and for a while it seemed Royal Brackla faced a similar fate. In 1985, its doors were locked and it lay silent for five years.

Under the new ownership of United Distillers, Royal Brackla resumed production in December 1990. United had been founded in 1987 by Guinness when it purchased Distillers Company Ltd and combined it with Arthur Bell & Sons.

It was during United’s tenure, in 1994, that a colony of bees was discovered on the site during demolition of a wall. Upon investigation it was realised that the bees had lived there happily for at least 70 years – the hive had grown to some 15 feet across. The bees were moved to an on-site purpose-built aviary where they still safely reside.

In 1997, United Distillers Group merged with its rival Grand Metropolitan and together they formed what we know today as Diageo. The combined group was deemed to hold too great a monopoly on the whisky industry and was forced to sell certain brands off. As a result, Diageo decided to sell the entire Dewar’s whisky company, throwing in not just John Dewar and Son’s Aberfeldy distillery but Aultmore, Craigallechie and Royal Brackla. The new package, all coming under the umbrella of Dewar’s, was snatched up by Bacardi, its present owners.

Royal Brackla was originally produced as a single malt and was stocked by wine merchants up and down the country, including Henry Brett and Co. who placed an advertisement for it in The Morning Post in 1836. However, it quickly became popular with blenders and such was demand for its use in blends that distillery bottlings were rarely released. So Bacardi’s September 2015 release of three expressions: a 12 year old, 16 year old and 21 year old was met with some anticipation. 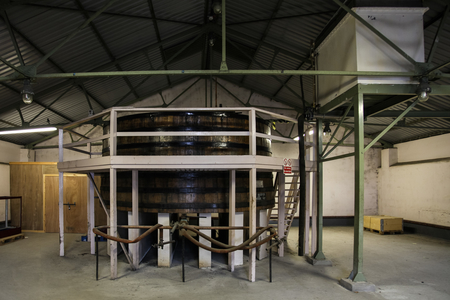 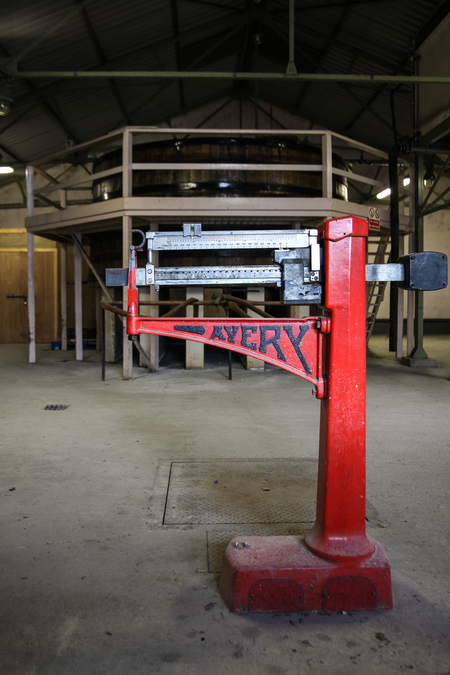 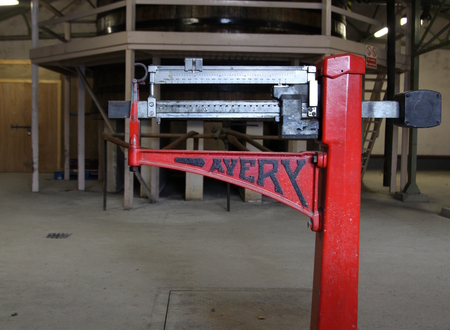 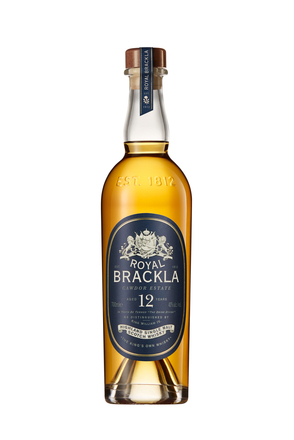 The youngest of three distillery bottlings released in September 2015 (the others being a 16 and 21 year old) from Royal... 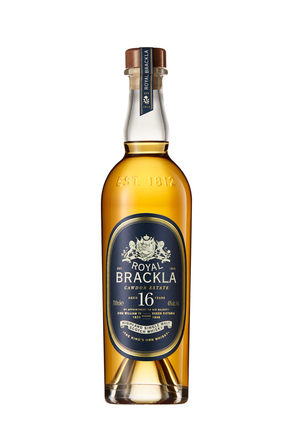 One of three distillery bottlings released in September 2015 (the others being a 12 and 21 year old) from Royal Brackla,... 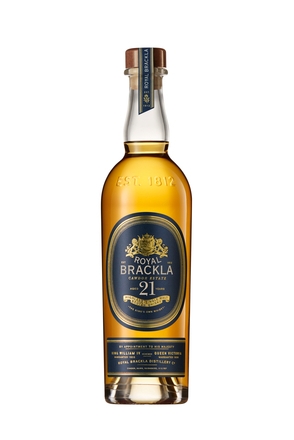 The oldest of three distillery bottlings released in September 2015 (the others being a 12 and 16 year old) from Royal...