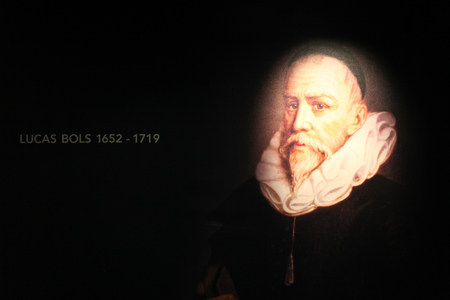 Status Operational
Established: 1575
Visitor Policy: Visitors welcome throughout the year
Tel: +31 (0)20 570 8575
Website: https://bols.com/bartendingacademy
Established in 1575, Lucas Bols is the world’s oldest distilled spirits company, making liqueurs and genever by combining centuries-old recipes, natural ingredients and traditional flavour-extraction methods. For 379 of those years, Lucas Bols was run by three successive families. Then it went through a series of mergers and acquisitions, finally re-emerging as an independent company, once again in Dutch hands.

Bols was established in 1575, when the Bulsius family set up their distillery in Amsterdam, in the process also shortening their name to the more Dutch-sounding Bols. It is believed they ended up in Amsterdam after first fleeing Antwerp as religious refugees to Cologne where Protestants were welcome. They then settled in Amsterdam, which was independent from the rule of the Catholic Spanish king and a haven for religious refugees.

They may well have settled in Amsterdam slightly earlier but even the 1575 date makes Bols the world’s oldest distilled brand. The evidence of the 1575 date is found in a 1763 family document where the writer talks about his great-grandfather starting the family distillery in 1575.

At the time, distillation was not permitted in the centre of Amsterdam, due to the fire risks associated with operating a still amongst Amsterdam’s predominantly wooden buildings, so Bols set up its still on the outskirts of the city on the bank of a stream, so the abundant cold water could be used for cooling the condensing column. The still sat under a simple roof with a small wooden building for storing botanicals. The distillery was known as ‘t Lootsje’, a Dutch expression which translates as ‘the little shed’.

The distillation of juniper with other botanicals in Europe dates back to when the art of distillation was first introduced by the Moors in the 1100s. Benedictine monks in Salerno, Italy are usually credited with producing the first spirit comparable to modern-day gin, although their distilled juniper spirit was medicinal.

There is much conjecture as to who first made ‘genever’ with malt wine and juniper distillate. This is thought to date from the 1400s but the first written evidence of “genièvre” is found in a 1551 book. Bols is believed to have started producing juniper-flavoured spirits as well as liqueurs soon after arriving in Amsterdam in 1575, and was certainly the first to establish a genever ‘brand’. However, few records survive and the first written proof that Bols distilled juniper is a 1664 record of the purchase of juniper berries. 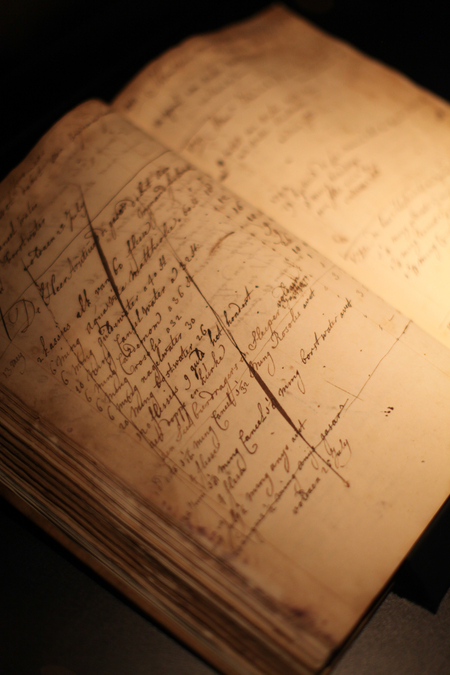 Bols developed a close relationship with the Vereenigde Oost-indisch Compagnie (VOC), the Dutch East India trading Company. The VOC was established in 1602, when the States-General of the Netherlands granted it a 21-year monopoly to carry out colonial activities in Asia. Europe’s first stock exchange opened that same year and the VOC is considered the world’s first multinational corporation and the first to issue stock. Bols became a major shareholder in the VOC and their relationship gave them preferential access to exotic herbs and spices shipped to Amsterdam by the VOC, from which Bols created over 200 different liqueur recipes. In return, Bols supplied its spirits and liqueurs to other major shareholders in the VOC and to the sailors of the VOC, which kick-started the international distribution of Bols liqueurs as we know them today in over 100 countries.

The Bols family expanded the distillery into several houses on the Rozengracht, and it was here that the man that the modern Lucas Bols Company is named after was born in 1652. Lucas Bols took over the management of his family’s business during the Dutch Golden Age.

Lucas turned Bols into an international brand and expanded the range of liqueurs to more than 200 recipes, many designed specifically for important customers. After his death in 1719, his two sons, Hermannus and Peter, took over the business. As the generations passed, the Bols family started to neglect the company. By the time the last Bols descendant died in 1816, the Napoleonic War and the British naval blockade of harbours had dramatically affected the company’s fortunes.

In 1818, a financier from Rotterdam, Gabriël Theodorus van 't Wout, acquired the Bols Company with the contract of sale including a condition that the company could continue to use the Bols family name in perpetuity. Theodorus had no previous distilling knowledge and he had taken over a neglected business which was in trouble. He became a hands-on, self-taught distiller who also learnt from the employees he had inherited. He turned a loss-making company into profit within the first year.

In 1823, Theodorus exported the first shipment of liqueurs and genevers to the United States. He was an astute business man and also became an accomplished distiller. Fortunately, the accountant in him compelled him to make detailed notes and, in 1830, he embarked on a seven-year undertaking to compile four volumes entitled ‘Distillateurs- en Liqueurbereiders Handboek door een oude patroon van't Lootsje’ (‘Distillers and Liqueur makers Handbook by an old patron of The Little Shed’). The beautifully written books detail recipes, the origin and specifications for botanicals and production methods. Bols still refers to these journals when it wants to revive a long-forgotten recipe and one of the four volumes is on display at The House of Bols Cocktail & Genever Experience in Amsterdam.

In 1868 the firm was acquired by the Moltzer family who continued to expand the company with their strong marketing skills and a focus on making Bols an acclaimed international brand.

The 1850s saw Bols participate in leading international exhibitions, where its products won numerous medals. In 1954, the last member of the Moltzer family left the board and Bols Distilleries became a public company listed on the Dutch stock exchange. It was also in this decade (1957) that KLM started to give its passengers Delft Blue miniature houses containing Bols liqueur. The practice continues to this day, with a new house design released each year. Since 1986, these Delft houses have been filled with Bols Genever rather than liqueurs.

After two short-lasting joint ventures with first Heineken and later Wessanen – and then a buyout by CVC Capital Partners – Bols was taken over in 2000 by Rémy Cointreau.

In 2004, Bols launched a new ergonomically shaped bottle, developed with the help of bartenders to best suit professional use and even flare bartending - no coincidence perhaps the bottles resemble something between a bowling pin and a juggler’s club.

In 2006, Bols returned to Dutch hands after another management buyout, led by Huub van Doorne and supported by AAC Capital Partners. A former member of the Board of Directors of Rémy Cointreau, Huub is now the CEO of Lucas Bols. He set about moving Bols’ headquarters back to Amsterdam and, in 2007, opened the Bols Bartending Academy, as well as the successful House of Bols Cocktail & Genever Experience.

In 2012 Bols reacquired Wynand Fockink (which it had originally taken over in 1954) and started making plans to move some of their distilling requirements to the premise at 31 Pijlsteeg, near Dam Square. After nearly two years of negotiations with the local authorities Bols started a six month project to refurbish and upgrade the distillery with two specially commissioned stills. In May 2014 the distillery was renamed Lucas Bols and officially reopened (diffordsguide was honoured to attend). 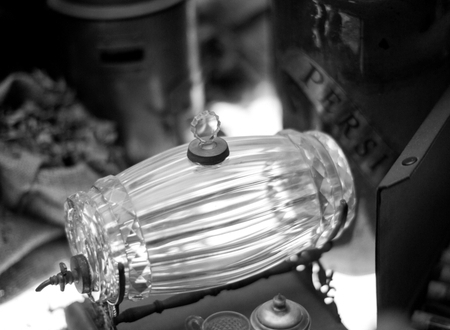 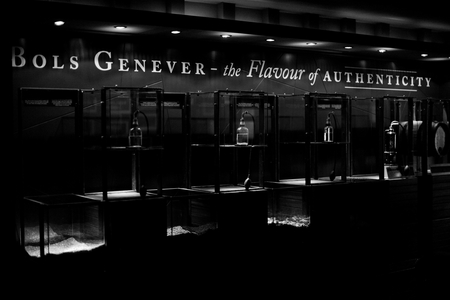 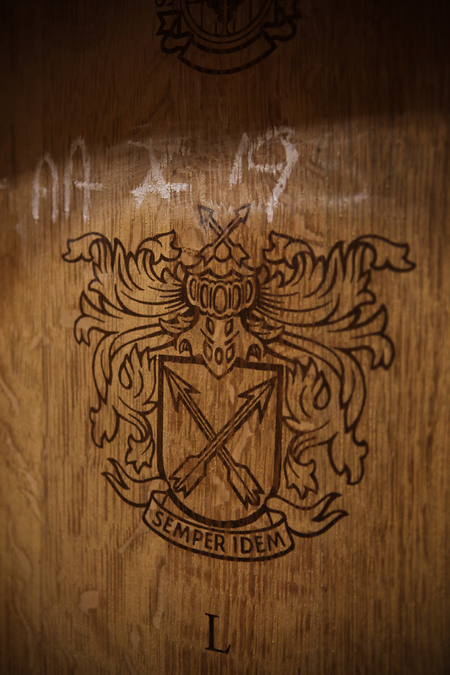 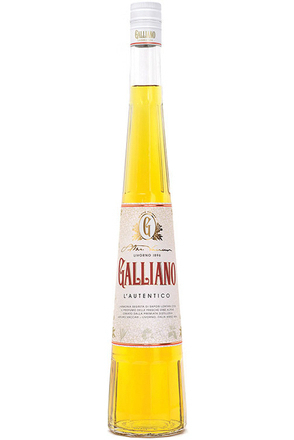 Galliano is a vibrant, golden, vanilla-flavoured liqueur from Italy, easily recognised by its tall, fluted bottle,... 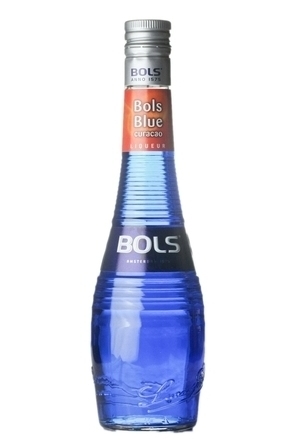 Bols Blue is the original and remains the world's best-selling Blue Curaçao. It is one of the oldest flavours in the...

A Dutch banana-flavoured liqueur with other fruits and herbs, supposedly to an old Indonesian recipe. 'Pisang' means... 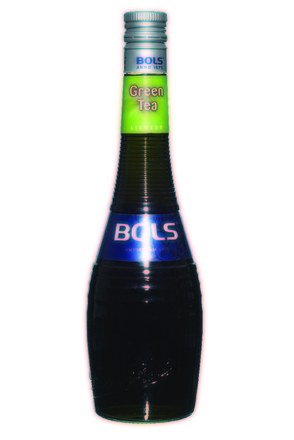 Bols Green Tea Liqueur is made using a complex, lengthy percolation of the best Matcha green tea leaves from Japan.... 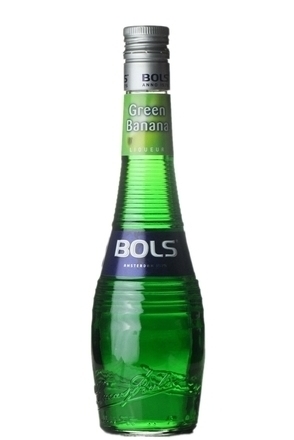 Bols Green Banana is distinctive from the company's yellow banana liqueur not only due to its emerald green colour -... 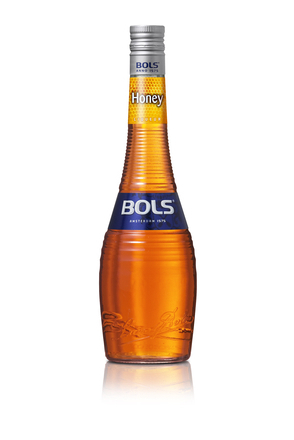 Developed as an alternative to sugar as a sweetener in cocktails, Bols Honey Liqueur is made from a blend of different... 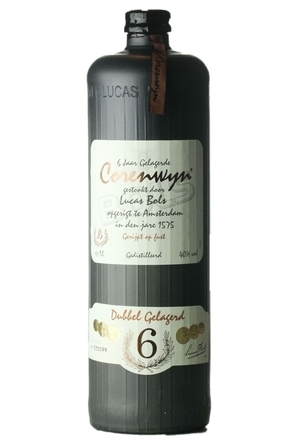 Corenwyn '6 Jaar Gelagerde', meaning 'aged for six years'. Only the maturation of this variant of Bols Corenwyn takes... 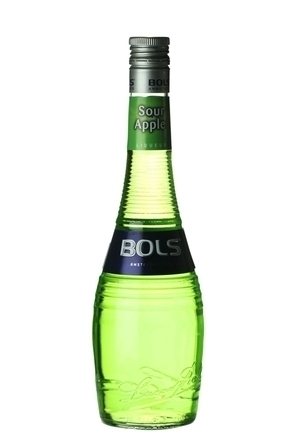 Bols Sour Apple liqueur is made using fresh juice from sour apples underpinned by subtle flavours of woody cinnamon. The...

Bols Watermelon liqueur is made using an extract of watermelon to create a pinkish red liqueur with a hint of marzipan.... 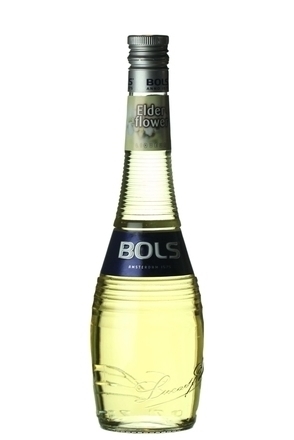 Bols Elderflower Liqueur is flavoured with the cream coloured, honey scented blossoms of the elder tree, also called the...