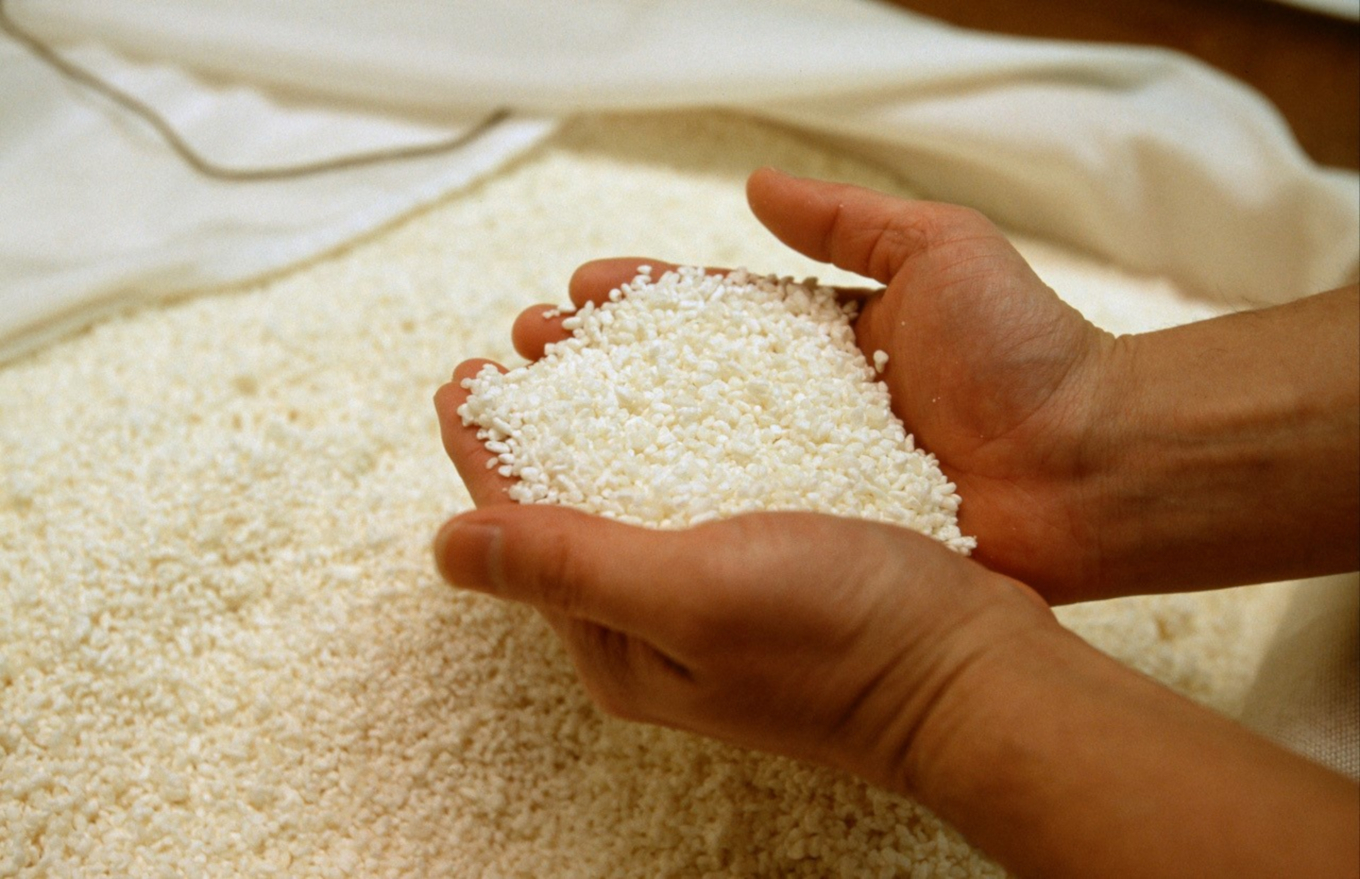 Types and grades of sake

Essentially, the more the rice is milled, the cleaner, lighter, more delicate, and more fragrant the finished sake are likely to be. Sake is graded according to the percentage of the grain left and this percentage (seimai-buai) is often shown on the back of the bottle. A 60% sake indicates that 40% of the grain has been ground away.

Just as VS, VSOP and XO denote various maturation periods in cognac production, sake labels have terms that denote the percentage of rice grain remaining after polishing.

Table sake, the bottom grade, with less than 30% of the grain removed is referred to as futsu-shu or 'normal' sake. This accounts for majority of sake sold but this is declining in favour of the premium sakes below.

Premium sakes made with rice milled to remove at least 30% of the grain are collectively referred to as tokutei meishoushu or 'special designation sake'. These sakes are further graded according to the degree of milling and whether special cold, slow fermentation techniques are used.

The lowest grade of tokutei meishousu, honjozo sake must be made using rice with between 30% and 40% of the rice milled away. While the lowest of the premium sake grades, honjozo are still fine and delicate sake, with flavours that are savoury rather than fruity.

Ginjo sake or ginjōshu are premium sake made using rice milled so a maximum of 60% of the inner seimaibuai is remaining (at least 40% of the rice milled away). Ginjo is brewed slowly at very low temperatures, generally using labour-intensive methods to produce an aromatic sake characterised by fruity or floral delicate flavours.

A more extreme version of ginjo, to make these premium sakes, at least 50% of the rice used must have been milled away. The koji rice must be entirely handcrafted. These sakes are fragrant and delicate textured.

The term junmai used in front of a premium sake grade (e.g. Junmai-Daiginjo-shu) means the sake was brewed using only rice, water and koji, and that no alcohol was added. Sake without the junmai term on the label has had some neutral alcohol added during its production.

Genshu are sake bottled without dilution with water. As a result, these are often high in alcohol (typically 17%-20%), although brewers can manage the brewing process so some genshu sakes have lower alcohol levels. The boldest and most intense of these are best appreciated served over ice.

Kijoshu = sake added instead of water for brewing

Sake is usually brewed by mixing rice and water but during the third stage of brewing, kijoshu sakes have sake added instead of water to produce a sweeter more intensely flavoured sake.

Sakes with shiboritate on the label means they have been freshly pressed from the kasu. However, as there is no stipulation as to how fresh shiboritate sakes must be, it's somewhat meaningless.

Another somewhat ambiguous grade which literally means "special". applied to a Junmai or Honjozo grade sake, Tokubetsu sake must conform to one of three criteria:

Koshu are sakes that have been aged. Aging can be in bottles or tanks and at cold temperatures or freezing temperatures. Some may start off aging in tanks before being siphoned onto bottles for further aging at a lower temperature leaving any sediment in the tank. Typically, koshu are aged three to five years but some are much older. These sakes can become sherry-like with flavours of nuts and spice.

Sake stored in a wooden cask (generally cedar) is served at room temperature. During ceremonies and special events these sakes are often drunk from square, wooden masu cups made from sugi (Japanese cedar).

Carbonated sake with a mouthfeel reminiscent of champagne.

Sake that is not heated for pasteurisation after the final mash is pressed. Namazake are characteristically light with a fresh fruity aroma. They are best served chilled (8 to 15°C).

White, cloudy sake that has simply been pressed using a coarse mesh filter. Can be anything from very lightly cloudy through to thick and porridge-like.

Warmed sake (35 to 55°C), normally drunk during the winter with food. 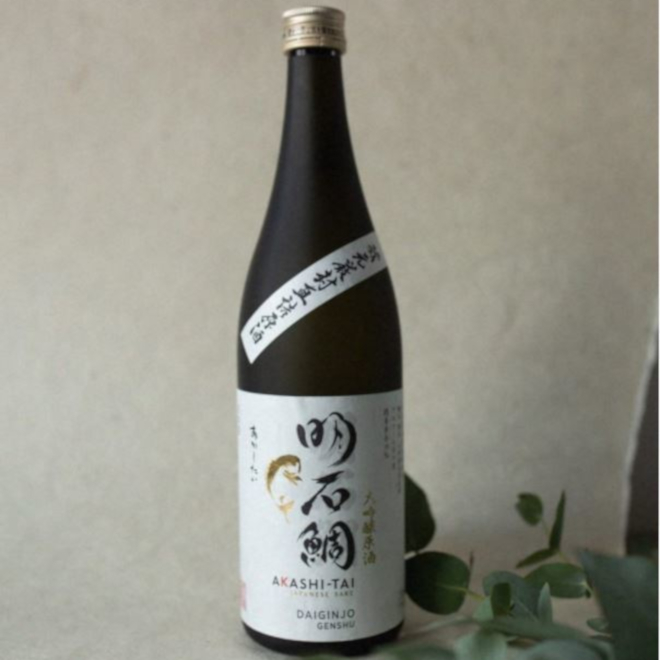 Akashi-Tai describes their Daiginjo Genshu as one of their most iconic sakes. Brewed with Yamadanishiki rice from Hyogo prefecture milled to 38% (62% removed).