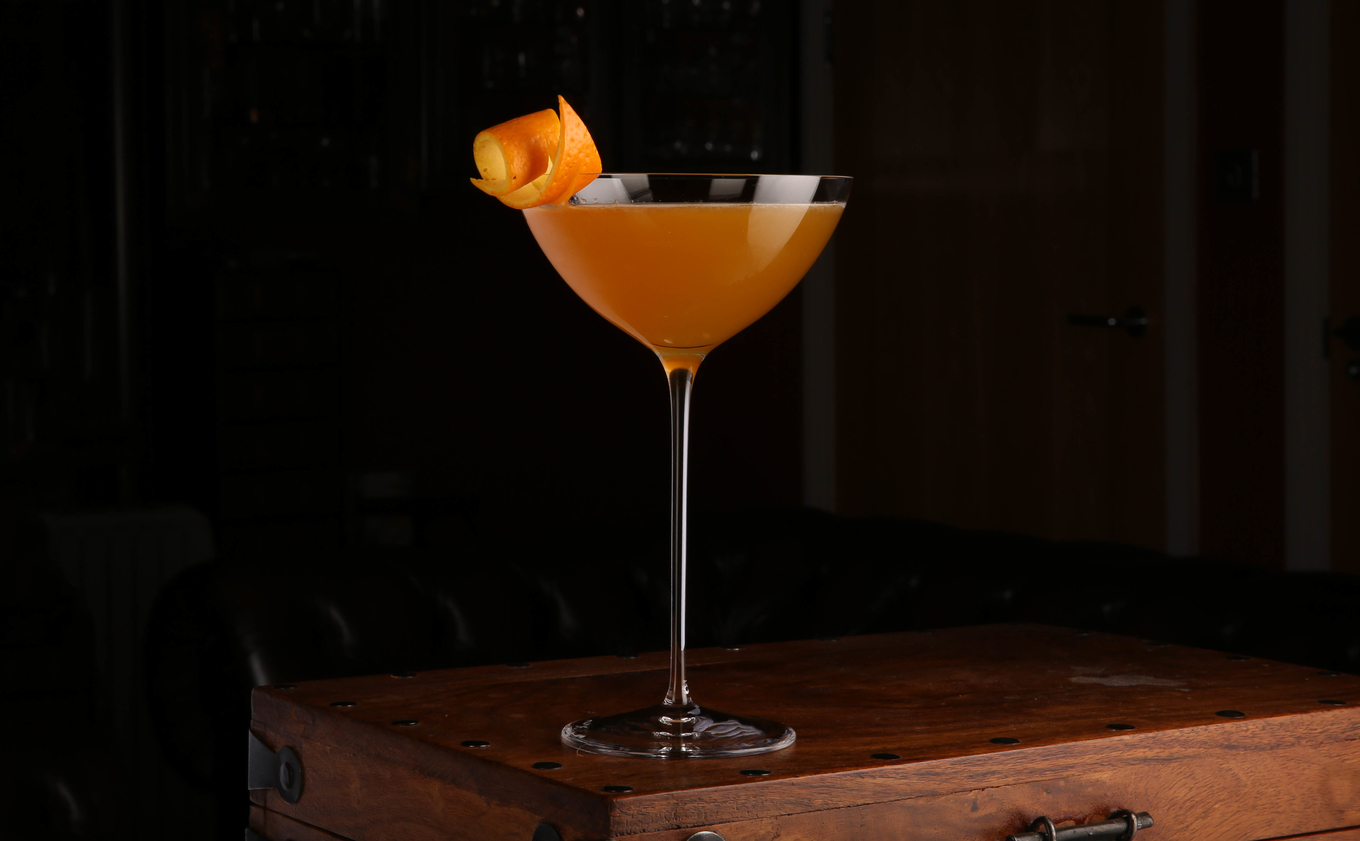 One of the classic cocktails named after New York's five boroughs, probably more directly after the then newly opened Bronx Zoo. There are numerous variations on the recipe, but the ingredients classically comprise dry gin, dry and sweet vermouth, and orange juice.

Skip to Bronx recipes and riffs below

The Bronx Zoological Park and neighbouring Gardens opened 8th November 1899 and it is presumed a bartender created this eponymous cocktail after being inspired by his visit to the newly opened zoo. The first known reference in print appeared on 15th February 1901 in the The Virginia Enterprise newspaper so dating the creation sometime between 1899 and 1901.

The Bronx doesn't find its way into a cocktail recipe book until 1908, but then it appears in three, although only the first of these, by William Boothby, is what we recognise as being a Bronx cocktail today:

The World's Drinks and How to Mix Them by William "Cocktail" Boothby (published 1908 San Francisco, USA)

It almost seems that every time a Bronx Cocktail recipe was printed, somebody else was credited with creating it. Indeed, several people could have come up with similar drinks, with the same name (after the zoo), at the same time/similar times. As you can see from the three 1908 books above, there were plenty of different Bronx cocktails. However, importantly Boothby credits "a la Billy Malloy, Pittsburgh, PA" with a one-third gin, one-third dry vermouth, one-third sweet vermouth, 1 barspoon orange juice and two dash orange bitters recipe and this is the Bronx that has proved an enduring classic.

The date of the "first reference in print" without an accompanying recipe has been nudging back over recent years as drinks historians examine newly digitised vintage publications. Accordingly, I'm indebted to everythinginthebar.blogspot.com for unearthing the 1901 reference, the earliest I'm aware of. Reporting on the submission of three drinks to the invention committee of the Bar-tenders'[sic] association, The Virginia Enterprise 1901 piece also reveals the name of a previously uncredited inventor of the drink, John "Curley" O'Connor, Chief Barman at the Waldorf-Astoria Hotel.

The fact that John "Curley" O'Connor is credited with creating the Bronx and that he worked at New York's Waldorf-Astoria Hotel (the Empire State Building occupies the site today) is interesting due to a testimony (see below) published in 1935 attributing the invention to another bartender at the Waldorf-Astoria called Johnny Solon (or Solan).

However, in his 1934 What Shall We Drink book, Magnus Bredenbek states:

The Bronx Cocktail, strange to say, was invented in Philadelphia, of all places! There it might have remained in obscurity had it not been for one Joseph Sormani, a Bronx restaurateur, who discovered it in the Quaker City in 1905." A 17th August 1947 New York Times obituary goes further, saying, "Joseph S. Sormani, retired Bronx restaurateur, who was said to have originated the Bronx cocktail, died Wednesday night in his home, 2322 Fish Avenue, the Bronx, after a brief illness. His age was 83.

I've just touched on a few of the many credited with inventing the Bronx, so we'll probably never know for certain who. However, my money is on John "Curley" O'Connor at the Old Waldorf-Astoria and that Johnny Solon later took the credit.

In his 1935, The Old Waldorf-Astoria book, A.S. Crockett published what he says is "Solon's own story of the Creation - of the Bronx":

We had a cocktail in those days called the Duplex, which had a pretty fair demand. One day, I was making one for a customer when in came Traverson, head waiter of the Empire Room - the main dining room in the original Waldorf. A Duplex was composed of equal parts of French [dry] and Italian [sweet] Vermouth, shaken up with squeezed orange peel, or two dashes of Orange Bitters. Traverson said, 'Why don't you get up a new cocktail? I have a customer who says you can't do it.'

'Well', I finished the Duplex I was making, and a thought came to me. I poured into a mixing glass the equivalent of two jiggers of Gordon Gin. Then I filled the jigger with orange juice, so that it made one-third of orange and two-thirds of gin. Then into the mixture I put a dash of each Italian and French Vermouth, shaking the thing up. I didn't taste it myself, but I poured it into a cocktail glass and handed it to Traverson and said: 'You are a pretty good judge. (He was.) See what you think of that.' Traverson tasted it. Then he swallowed it whole.

'By God!' he said, you've really got something new! That will make a big hit. Make me another and I will take it back to that customer in the dining room. Bet you'll sell a lot of them. Have you got plenty of oranges? If you haven't, you had better stock up, because I'm going to sell a lot of those cocktails during lunch.'

The demand for Bronx cocktails started that day. Pretty soon we were using a whole case of oranges a day. And then several cases.

The name? No, it wasn't really named directly after the borough or the river so-called. I had been at the Bronx Zoo a day or so before, and saw, of course, a lot of beasts I had never known. Customers used to tell me of the strange animals they saw after a lot of mixed drinks. So when Traverson said to me, as he started to take the drink in to the customer, 'What'll I tell him is the name of this drink?' I thought of those animals, and said: 'Oh, you can tell him it is a 'Bronx'.

The above testimony appears after four different recipes for a Bronx:

A few pages later Crockett also gives the recipe for the Duplex referred to above:

Essentially a Perfect Martini with added orange juice, like most vintage cocktails that have lasted the course, there are numerous variations:

It is often claimed that the Bronx is "the first cocktail to use fruit juice" other than citrus but this is just another muddy 'fact' in the Bronx's history.