Gastrophysics - the science of eating & drinking

Photography by Kitchen Theory (portrait of Charles Spence above) 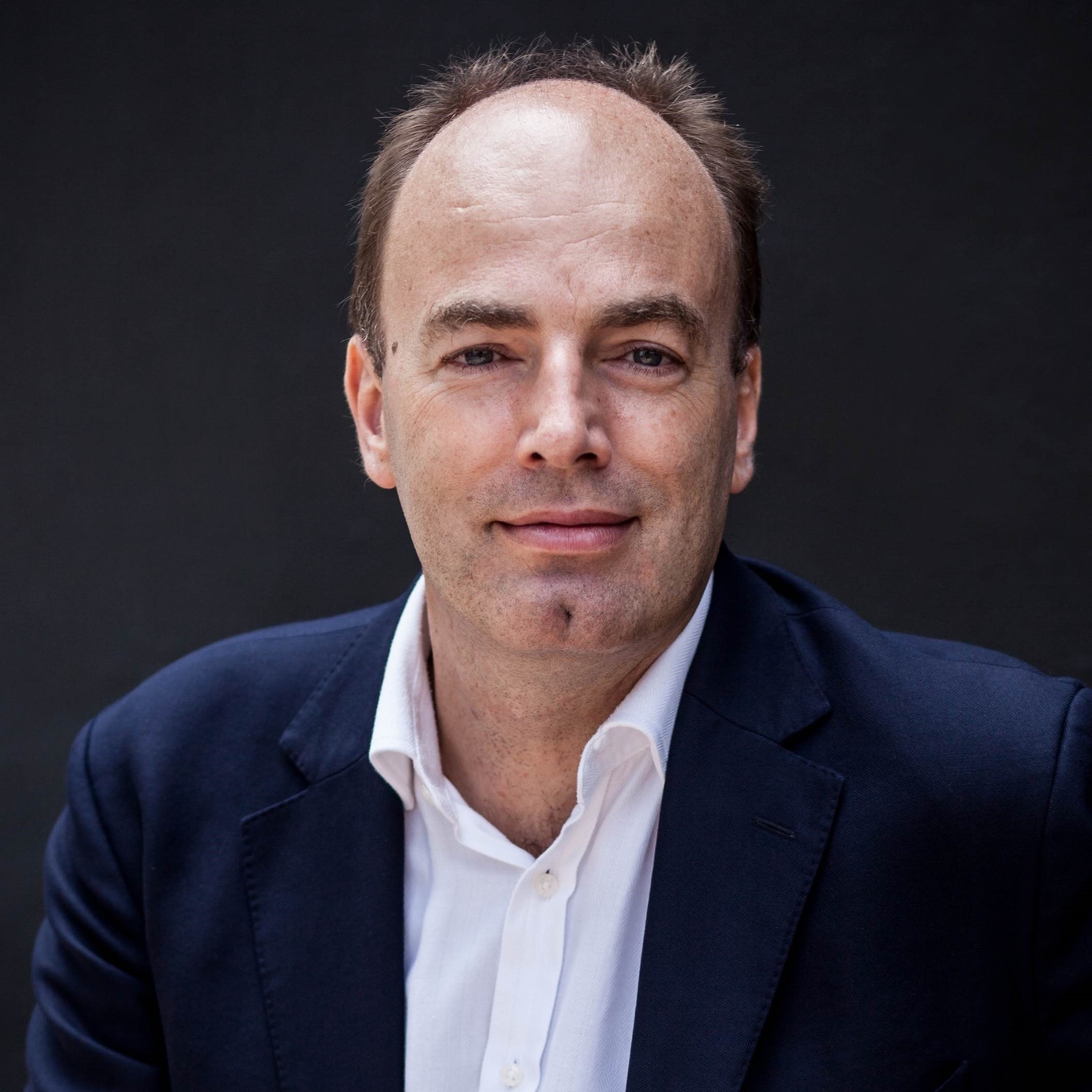 Charles Spence is the author of Gastrophysics: the New Science of Eating and a professor of Experimental Psychology at Oxford University. He explains what gastrophysics is all about – and how it can help the bartender.

So what is gastrophysics?
It's the name for a new subject combining gastronomy and psychophysics: psychophysics is a branch of psychology where you systematically study human perception. We're trying to shift the focus from the science that's been going on in the kitchen for the last three or four decades to the science of the person who's tasting the food.

And what experiments have you done that deal with drinks specifically?
Gazillions now! We study everything but the drink itself: the name, the description, the colour, the glassware or receptacle. We've done a lot of work on how the colours of drinks set expectations. We had a big experiment going on at the Science Museum in London where I had about five or six thousand people looking at six different coloured drinks trying to guess which was the sweetest-looking, and it turned out to be the pinkish red ones no matter which continent you come from. Glassware for me is really interesting because there's virtually no research on glassware or receptacles apart from in the world of wine. We've done a lot of work on weight and texture.

So how does the weight of the glass affect the taste experience?
Generally, the heavier the glass, the better and more satiating and higher quality you think something will be. When we weigh wine bottles in a wine store you get eight grams of glass for every extra pound you pay on average. When we add a little 30-gram weight to the bottom of a can of pop you'll rate it as tasting better. I think weight sets expectations about what we are consuming: our brain doesn't do a very good job of separating the receptacle from the contents so if you think the receptacle's high quality then you'll transfer that attribution to the drink as well. Going further, we find that we can bring out gingery notes in a ginger beer or a ginger biscuit by getting people to feel sandpaper. There's also a growing body of research saying that rounder receptacles seem to accentuate sweetness in a drink.

Besides perceptions of sweetness, how else can the colour of a drink affect the way that we experience it?
Whenever we see a food or a drink then from the colour our brain will make a prediction about what it is. So if we show a clear blue drink to people then young Brits will think of raspberry; serve the same clear blue drink in a cocktail glass and somebody may be thinking of blue curaçao; serve it in a plastic bathroom mug and suddenly it becomes Listerine. So colours set expectations about flavour. Blue proseccos - there's about three brands out there on the marketplace - are using colour to try and capture the attention of the consumer on the shelf. And that's often where we come in, where the marketeers have successfully captured the consumers' attention but haven't thought through the consequences. And they'll say, "Well, the wine tastes the same all we added was a bit of colour. And yet our consumers are saying it tastes harsher, softer, sweeter, less sweet..." We've seen that with pink gins or even blue gins, where they try and capture attention but end up setting different expectations.

What about the size of the glass - how does that affect how we drink?
The bigger the glass the more we consume and our glasses have been getting bigger over last century or two. For me, if I think about something like the rise of the gin revolution coming out of Latin America and Spain then I think it's hard to separate the staggering interest in gin in those markets from the glass in which such drinks were so often served: large bowls full of ice held by the stem makes for a very heavy experience. I'm obviously interested in the contrast between the world of wine, where the better the wine the bigger the glass, and beer, where my glass has to be filled to the brim.

Let's talk about sound. How much do we know about how sound alters flavour?
A lot today, a lot more than we did a few years ago. It does so in a few different ways. If music or noise gets too loud it suppresses our ability to taste sweet and salty, maybe impairs our ability to discriminate the alcohol in a drink. If we play some regional music - French accordion, German oompah music - then we'll tend to buy and order drinks and foods of that region. If we play classical music we'll spend more on what we're drinking through priming notions of class. In our own work there's a growing interest in sonic seasoning, which is the notion that you can take music either off the shelf or specially composed that has certain properties of pitch, tempo, roughness, loudness and so on and predictably accentuate a certain taste of a complex tasting experience. So we've got sweet music, sour music, spicy music, creamy music - salty music's a bit hard to get.

Is sonic seasoning something a bartender could easily use in a bar?
If you're in a single-sitting restaurant it's easy: if you're at The Fat Duck you can put headphones in for a course and that works. If you're in a busy bar with lots of people ordering different stuff it can be a little bit more challenging. But there are a few augmented glasses coming out - Johnnie Walker had one - where when you tilt the drink to your lips you'll hear the sound coming from the glass. Others are working with these hyper-directional speakers that can deliver a targeted sound so only you can hear it but the person sitting two feet to your right cannot. Those loudspeakers are expensive, it has to be said. Nevertheless, just an awareness that the music in your bar is affecting what people order and what they taste is worth knowing and I recommend going with a trial and error and doing a bit of experimentation with your clientele and your menu.

You mentioned you were doing some research on drink names. How do they impact the way we experience drinks?
Whenever we taste something we always have an expectation first and that expectation anchors how we go on to taste something. We say, "Is it what we expected?" and if it more or less is you live in a world of your expectations rather than the actual tasting experience. Colour sets expectations and also names do. From the world of restaurant menus, the more sensory descriptors you put into the drink's name the better the thing will taste. Those chefs who are referencing the farm or the farmer the sourcing of their ingredients - that can bias what people will choose and how much they're willing to pay for what they have chosen.

So besides sandpaper and ginger what other associations are there between texture and flavour?
Tannins in wines or teas can be accentuated by rougher textures or velvet rubbed the wrong way. If you get to a broader texture, very big round glasses or big round bobbles on your glass seem to bring out sweetness. Angularity of form either at the macro- or micro-geometric scale seems to bring out sharpness instead.

And what can a cocktail bartender learn from gastrophysics?
I think go beyond the drink itself. And not just think about the ingredients and flavour combinations therein but think about the glassware as that's a key part of all drinking experiences, think about the naming, think about the lighting, the music in places where drinks are served, think about the theatricality of service. Bartenders and mixologists were for decades or a century very thoughtful about glassware, about shocking names for drinks, about using surprising bizarre colours, shocking incongruent colours. All these things the modernist chefs had been picking up on in the eighties and nineties, mixologists were doing decades before but never quite got the credit for.

To learn more about gastrophysics, we recommend reading Charles' book: Gastrophysics: the New Science of Eating 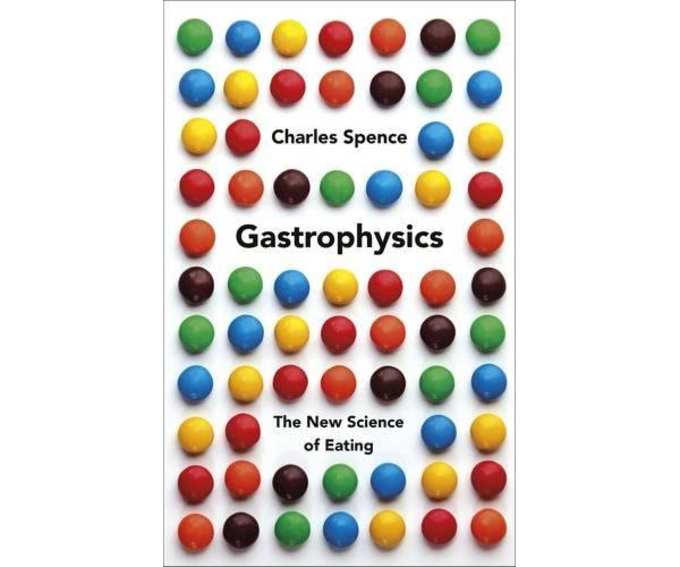