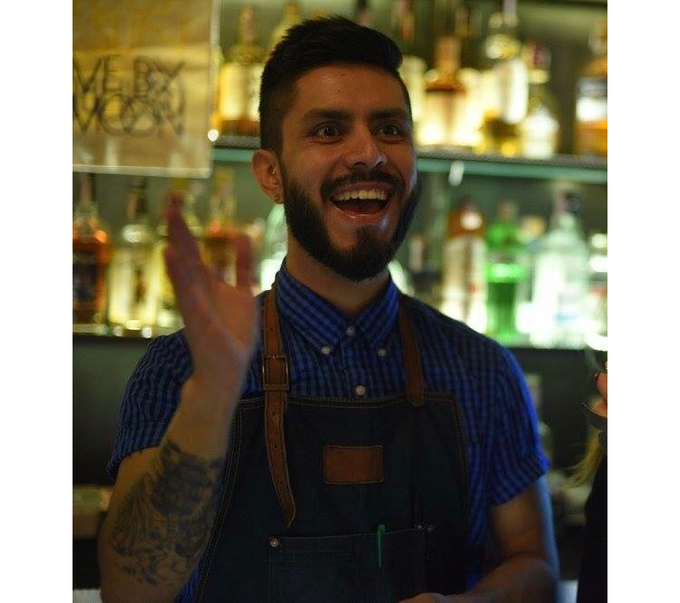 Ivan Avellaneda’s mother was born into a dark time for Colombia. In Paris, he celebrates her birth with Latin flavours.

“My parents are my strength for everything,” says Ivan Avellaneda, who made his name by progressing from bar back to general manager at Candelaria, Paris, the Latin-American bar that’s been a fixture on the World’s 50 Best since 2012. 1954 was the year his mother, Rebeca, was born, and his cocktail, That’s All Right, Mama, pays tribute to her.

The 50s were a dark period for Colombia. La Violencia, a civil war sparked by the assassination of a progressive politician, began in 1948: by 1954, a brutal military dictatorship was in place. Avellaneda sees the decade as a dividing line that slices Colombian history in two. “It’s really interesting to think that my mother and my father were born into a lot of political and security troubles,” he says.

Although Rebeca has such a sweet palate that Avellaneda thinks she’d rather drink Peter Heering neat than in a cocktail, she inspires many of her son’s creations. “It’s really funny, because she doesn’t even drink too much alcohol,” he says. “But when I try to think about a cocktail or a dish or whatever I want to propose to a guest, I always think about her enjoyment face.”

The bittersweet notes of Avellaneda’s long drink reflects the bittersweet nature of the year 1954 in his mind, yet he has used few overtly Colombian elements. “I was supposed to maybe work with a lot of fruits and tropical stuff, but I wanted to go a bit away from the ordinary,” he says. “Fernet Branca Menta, which is really aromatic and quite strong in flavour, represents a lot of sensations I used to have when I was a kid, because we do like mint a lot in Colombia, and we used to drink a lot of mint tea.”

For someone who has only just entered his fourth decade, Avellaneda has had a diverse career. He trained and practised as a psychologist in Colombia, then worked as a headhunter before coming to Paris to study for a master’s in psychotherapy. Starting as a part-time bar back, he soon replaced his studies with a hospitality qualification to further his goal of progressing to manager.

The bartender as psychologist is something of a cliché. Yet, as one of few people in the world to have worked professionally in both fields, Avellaneda observes that the roles are very different. As a psychologist, he worked first with children living with Down’s Syndrome, autism or other conditions, then to help women traumatised by Colombia’s long conflict.

While rewarding, the work was also gruelling: Avellaneda’s patients might have been gang-raped, abducted, or seen their children murdered before their eyes. “It was really tough to work with them and help them go through life with those memories of things,” he says.

Even if Candelaria were the type of bar where customers treated the bartender as confidant there would be little comparison. “Psychology helped a lot more in my managing skills than in bartending alone,” Avellaneda says. “It helped me to build good, happy, high-performing teams, and it helped me to lead them on the human-focused side.”

A thoughtful, precise man, Avellaneda finds a number of trends in the industry concerning. He sees bars adopting issues like gender equality and environmental sustainability for the sake of fashion, or even as a marketing ploy, when they should be instinctual. The fetish for social media, bloggers and Instagrammers, irritates him.

Having left Candelaria in late 2017, Avellaneda is hoping to open his as-yet-unnamed new place by May 2018. Unsurprisingly for someone known for his expertise in Latin American products, the new place will have a Colombian angle – less predictably, it will be a restaurant, not a bar.

“I do love cocktails, I really enjoy them. I love creating them, I love serving them, I love sharing a glass with people, but I think that now in Paris there are a lot of cocktail bars,” he explains. “I want to open a place for us, where it’s fun, but not too complicated and not too fancy.”

Avellaneda’s partner, also Colombian, is a chef, and the focus will be on the diverse products and spices of a nation that runs from the Amazon rainforest to the snowy Andes, from sweeping grasslands to chilly Bogotá.

As Bogotá’s own bar scene begins to take off, it could be a well-timed move. “Last time I was there, it was quite impressive,” Avellaneda says. “People are starting to do a lot of interesting stuff and we’re opening the market for spirits a little bit more: I’m seeing a lot of new products, a lot of new restaurants with a really cool cocktail offer, and cocktail bars as well.”

And, while a Colombian restaurant in the heart of Paris would have been unthinkable not only in 1954 but as recently as 1994, Avellaneda may have timed his moment well. His mother, no doubt, will be proud. 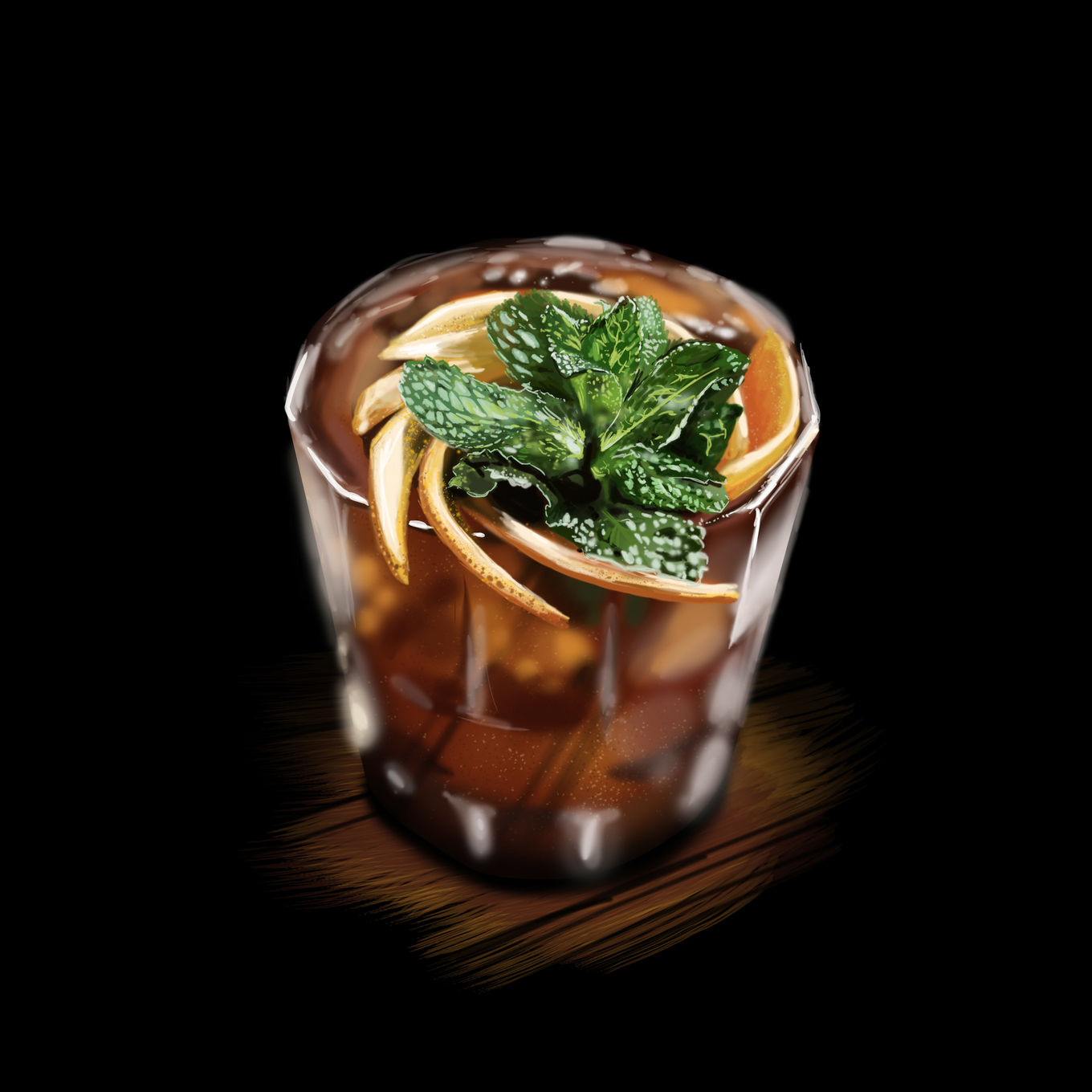 *Syrup recipe:
990ml basic Coca-Cola (I use a different brand, a cola soda: Fritz Cola from Germany – it’s not too sweet with a lot of vanilla flavour in it). It’s a cola reduction, you heat it up to reduce it to a syrup and take out all the gassy stuff, let it infuse with a little bit of vanilla stick while it’s still a little bit hot. At the end I add a bit more sugar (10g), plus a barspoon of orange blossom to give the aromatic side: that’s even in a big batch. The idea is not to have a really thick consistent syrup, because cocktail is built in the glass, should be easy to mix, the idea is for the syrup to be a little more liquid, and also the ABV on this cocktail is really low, we don’t need too much dilution on it. Better to have really not that big syrups. 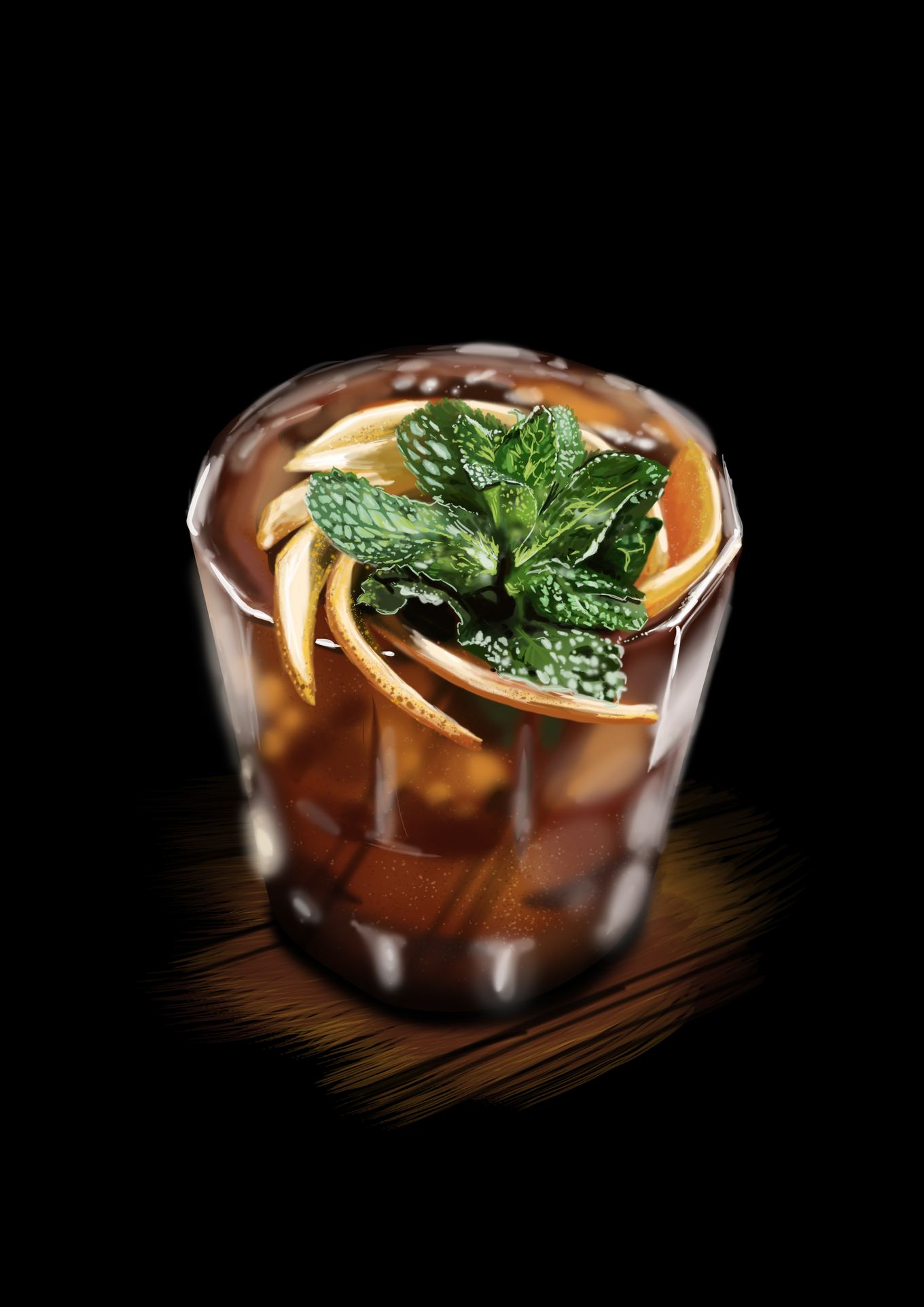