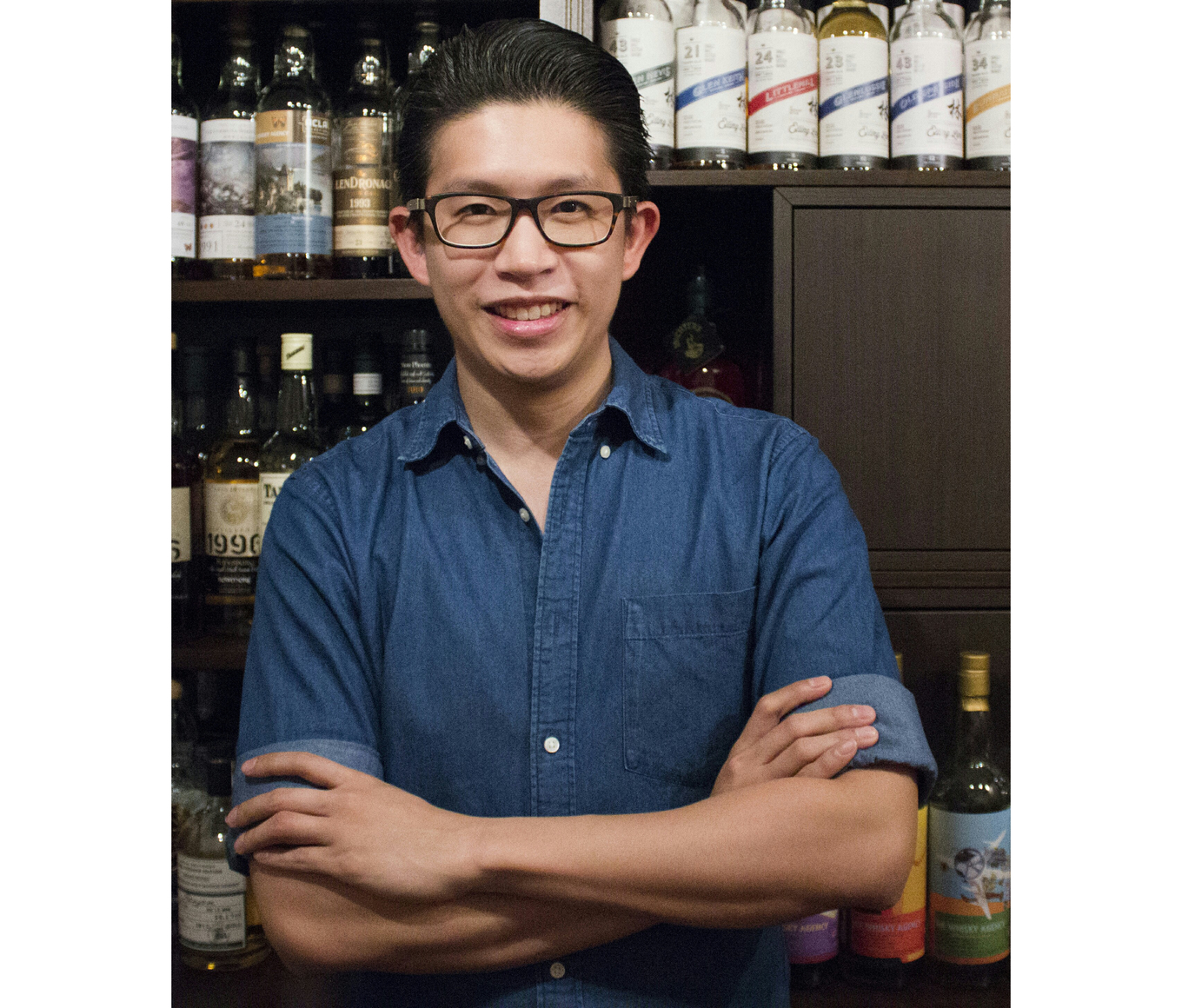 The Diageo World Class competition is a goal for many bartenders. To win it once shows excellence - but to win it three times is truly exceptional! Shawn Chong was Malaysian Champion in 2009, 2011 and 2015. In 2015, he also won the South East Asian title. How did he get there? Dedication!

An Honours degree graduate in Hospitality and Tourism Management from Taylor’s College in 2008, Shawn went to work in the Food & Beverage departments of Hilton Kuala Lumpur to better understand food and wine.

But after winning the Malaysia World Class 2009, Shawn opted for bartending as a career. In 2010 he left the Hilton to run an independent wine restaurant, took a consultancy job and organised event gigs. Today, together with Karl Too, he co-owns and runs Omakase + Appreciate bar and the newly opened Sparrow bar.

“Omakase + Appreciate is a speakeasy bar that takes inspiration from the Prohibition era of the 1920s in America. Our menu showcases the talents of the bartenders on duty. We feature their creations as well as classic cocktails and keep it fresh by changing the list frequently according to the availability of ingredients."

“We personalise the experience based on the Japanese dining concept of Omakase meaning ‘I leave it to you’ where the dining encounter is left in the hands of the chef. And we use that same ‘trust’ concept between the guest and the bartender - to determine the guests’ preferences so that we can select and customize a cocktail."

Within three years of opening in 2013, Omakase + Appreciate was ranked No.10 in the inaugural Asia’s 50 Best Bars 2016 list making the bar the No.1 in Malaysia.

On current trends, Shawn says, “The bar industry here in Kuala Lumpur, in general, is exciting and progressive. We kind of started the whole cocktail trend going in the city almost five years ago now and it has grown stronger."

"We went through a whole ‘speakeasy’ period where we had bars opening one after another. Now the industry is progressing in a way that new bars are moving away from that style. With more craft spirits entering the market, older bars and pubs are also getting interested. That’s progress.”

Apart from running the two bars, Shawn is also the Academy Director of RAD. He says, “RAD is a training center specialising in cocktail and spirits education. As more bars have opened during the past few years, there’s a general rise in curiosity to know more and to improve.

“And since there wasn’t really any avenue to learn about cocktails and spirits, a couple of partners and myself set up a platform for education. Hopefully this will help to raise the bar a little more on the drinking scene here in Malaysia. There are opportunities for me to enter other Asian cities with this platform, so hopefully in future, I will be able to make the South East Asian bar scene that little bit better.”

What are his keys to success? “Hard work and happiness! I run Omakase + Appreciate with my partner and our bartenders on a daily basis; and work with another set of partners at the training center on weekends. On top of that, I help other bars as a consultant to build menus and give trainings to the team members. That’s hard work.

“Ensuring a guest’s happiness in a bar is the core of the business. Guests who leave happy will come back and repeat business is the backbone of a sustainable business. Having a work-life balance is also essential for the well-being of everyone working in the bar. Being able to spend time with family and friends allows the team to come back to work happy and therefore have better morale which relates back to the success of the business.

“After representing the country twice on a global stage in 2011 and 2015 and placing 10th on the Best Bars list, Malaysia and this part of the world are slowly being recognised for the bar scenes. One of my goals for whoever visits our bar is to give them a local experience, either in terms of hospitality or in terms of ingredients and flavours in the drinks. We also connect with other bartenders in Asia to build relationships. Asia can be a very big drinking destination, if it isn’t already.”

For Cherry Heering 200th Anniversary, Shawn selected the year 1986. "The year I was born; on the Chinese calendar, it was the year of the Fire Tiger. The cocktail that I have created takes inspiration from the Jungle Bird and the Jungle Fire Sling".

“I use ingredients popular in Malaysia; cinnamon - it's found all over Malaysia and used in stews and curries; sarsaparilla, a common flavour in drinks - and one of my favourite soft drinks when I was a boy; and Asamboi or preserved sour plum that was widely used in drinks since the 80s.

“The cinnamon represents the forests and jungles that Malaysia is famous for. The combination of the ingredients, and the Carpano Antica Formula which was established 100 years ago gives a flavour reminiscent of sarsaparilla and an aroma that is almost like Asamboi.” 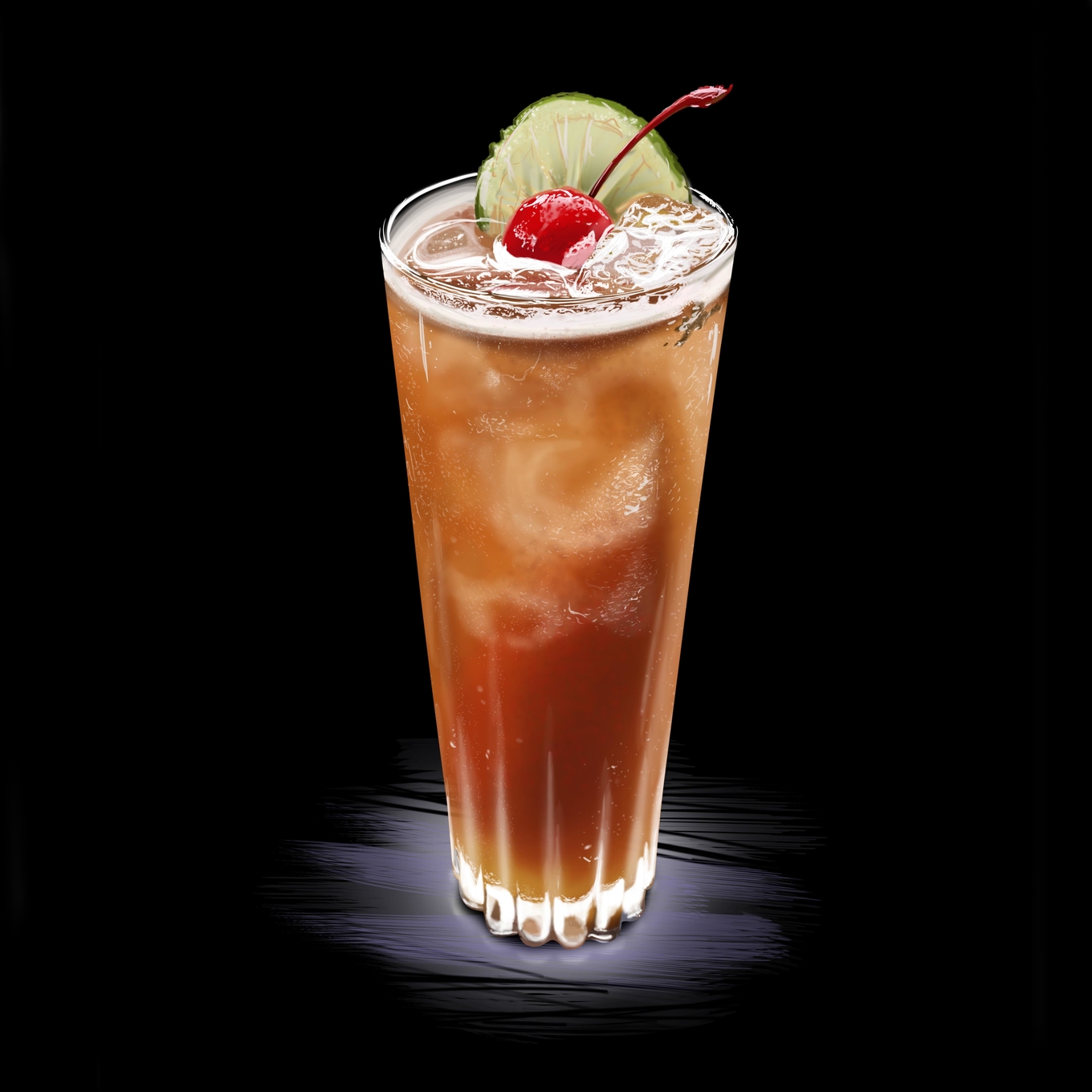 Glass: Collins
Garnish: Garnish with lime wheel and a cherry.
Method: Shake and top up with ginger ale in glass.

Bring sugar and water to a boil. Add in cracked cinnamon sticks. Boil for 1 minute. Take off the heat and leave to cool. Strain and keep.