The TripAdvisor guide to the world's best bars 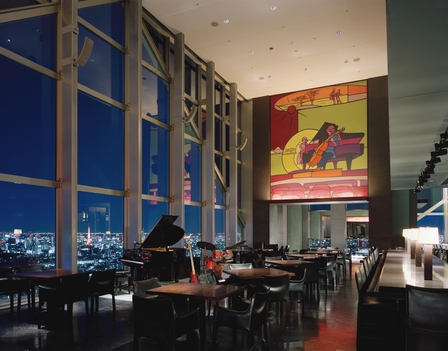 TripAdvisor is the bane of every hotel and restaurant professional's life. The fake reviews! The petty complaints! The gobsmackingly unappetising food pictures! But 2 billion unique users visit TripAdvisor every year. They have produced over 150 million reviews, 50 million of them in the last year alone, and around 25,000 of them on the Eiffel Tower alone.

Yep. More than 20,000 individuals have decided they have something so groundbreaking to communicate about the Eiffel Tower that they'll put paws to keyboard and share their thoughts with the interwebz. And more than 9,000 of them have included a photo, just in case, I guess, other TripAdvisor users don't know what the Eiffel Tower looks like.

Edging out Zuma (#82 in London restaurants) to the top spot on Londinium's bar scene is somewhere called Tozi Restaurant and Bar (#16). Why? Well, apparently it's not only an excellent place to put your sleeping pre-schooler down on the sofa for a nap, but...

They have, "Champagne on Tap, Literally!" Reviewers are unanimous that this is "classy". "Prosecco is served on draught and used to be served in tumblers but now they seem to have gone upmarket with flutes."

Amid endless praise for the "good" or "great" wines, it's possible to discern that Tozi also offers "great" cocktails, including a "valentines" cocktail, a "bushy fizz", a "digistive drink" and "a handcrafted bellini" (as opposed, I guess, to "footcrafted"?).

Someone from the "Tozi Team" answers all reviews on TripAdvisor with impressively warm and varied messages of thanks and requests for repeat business, apart from those few dissenting voices who dare to suggest it's actually an overpriced Italian.

Accompanied by a spectacularly unappealing picture of what might be a steak sandwich with a greasy slurry that could be onions or yellow pepper, Refinery Rooftop (#19 in restaurants) kicks The Modern (#28 in restaurants) into touch for its view and its bar scene. Interestingly, "this is NOT a restaurant! It is a SPECTACULAR bar!!!" And, further, it's a rooftop bar, in a posh hotel!

Mercifully, only 26 TripAdvisor reviewers have so far visited Refinery Rooftop, and almost all of them like everything about it: its view over the Empire State Building, its staff, its design, its food, its open fire and, of course, its "hand-crafted" cocktails. "I had a hot cocktail type drink (I can't remember what it was called...) which kept me warm".

Nudging past Rockpool Bar & Grill (#97 on Restaurants) for first place out of a princely 42 joints that offer a bar scene in Sydney, is Longrain (#39). Why? Well, without getting bogged down in the heated debate over whether the pork "hoc" was fatty, it seems it has a bar that does cocktails.

Whacking the legendary Parisian watering hole that is Le Rendez-Vous-Pizza-Bar (a reassuring #359 on Restaurants) into second place, Paris' best bar scene is to be found at Le Restaurant (#8), in L'Hotel.

The draw here, as clearly explained by a genius reviewer on the very first page, is what he calls the Oscar Wilde Tribute Bar. It is not only "rather posh with little tables and lovely chairs" but has "some of the best cocktails I have ever had". And then I get distracted by the man whining that restaurant staff didn't fold his wife's napkin after she came back from the loo and someone else crapping on about a table by the kitchen. Sorry. TripAdvisor does this to you.

Illustrated with a picture of a fried egg on top of something greasy, The Bird (#17 on Berlin restaurants) nudges out The Pub (#28), for, umm, well, burgers, suggesting that TripAdvisor visitors to Berlin are more than usually suspicious of German food.

Where does the bar scene come in, you may well wonder? It has a happy hour! "If you get a seat at the bar you get 'angry hour' so 2 beers for the price of one...." "The happy hour was excellent value." "When all napalm wings were eaten, the house offered us free drinks :)"

TripAdvisor's top pick for Tokyo is not only a bar that's primarily a bar, but also a famous bar. Yes, The New York Bar (#54 on restaurants), as seen in Lost In Translation, beats Paddy's Junction (#78), to the draw for the coveted TripAdvisor best bar award.

164 reviewers have left their mark here, most of them informatively enough. They like the "great" cocktails, the "great" or "amazing" views, and the fact that it's in Lost in Translation - one man, after being told the bar was reservations-only, dropped £400 in the restaurant to get to sit on Bill Murray's bar stool.

From the review headlined "Will never forget the Brussel Sprout" onwards, it appears Daalder (#30 in Restaurants), which kicks Tales & Spirits (#32) into second place, is all about the food. Be it "desert" or "sandwitch", it's almost uniformly described as "delicious".

Or, as one reviewer writes: "I thought I hated pumpkin until I tried there pumpkin puree pumpkin seed hazelnut cod food sex in my mouth." And on that image, gentle reader, I hit a wall. There are only so many TripAdvisor reviews one can read without wanting to stab one's own eyes out with a fork - unless, I guess, your business depends on them.

More of the World's Best Bars According to TripAdvisor

More of the UK's Top Bars According to TripAdvisor 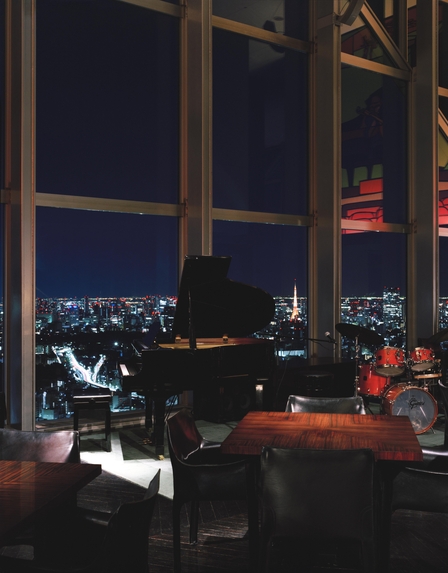 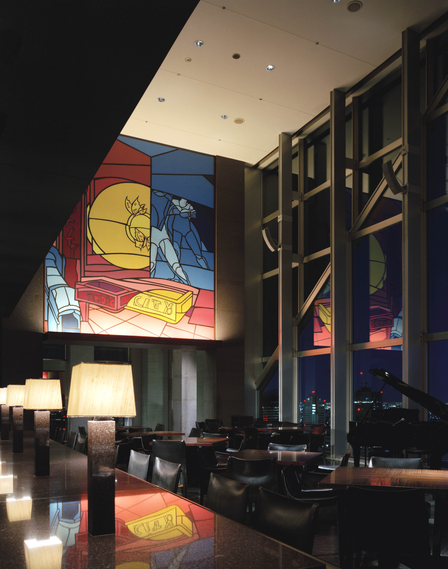 ... comment(s) for The TripAdvisor guide to the world's best bars