British pub food & the rise of the gastro pub 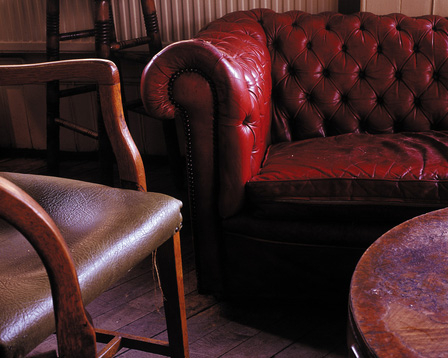 The interwar years saw the growth of big estate suburbs and with them a new kind of purpose built pub. These large respectable places welcomed families and offered food and non-alcoholic drinks.

Since the beginning of money people have sold sustenance to travellers. Some two thousand years ago most Roman towns in Britain had a tabernae which served food and wine (and probably a local ale) but when the Romans left, the tabernae disappeared. After that it tended to be monks who offered travellers, often pilgrims, refreshments, though Chaucer's Pilgrims had to take their own cook on the road, so few and far between were these facilities.

References to ale houses begin in the 11th century. Some of these simple places offered basic food. By the 16th century a better class of establishment had evolved to cater for the new class of wealthier travelling merchants. Taverns sold superior food and wine and inns focussed on accommodation and food. Ale houses continued to cater for the poor and meet very basic needs. 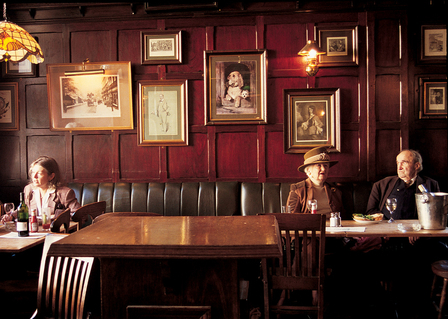 The coaching boom of the early 19th century, with travellers and horses needing frequent food, rest and water stops, led to a huge increase in the number of coaching inns which were typically located on a highway and offered plentiful spreads. By now most taverns had disappeared. In the next century, as transport methods evolved, many coaching inns turned into hotels.

The most numerous type of drinking establishment was the public house, a term that had replaced alehouse in the mid-17th century. Their number had increased rapidly as a result of the 1830 Beer Act (enacted to try and deal with the problems of the gin shop) that granted a license to serve beer to any ratepayer who could pay the annual Excise Fee. Vendors often set up food stalls outside these public houses so there was little need for them to provide a food offering.

The interwar years saw the growth of big estate suburbs and with them a new kind of purpose built pub. These large respectable places welcomed families and offered food and non-alcoholic drinks. 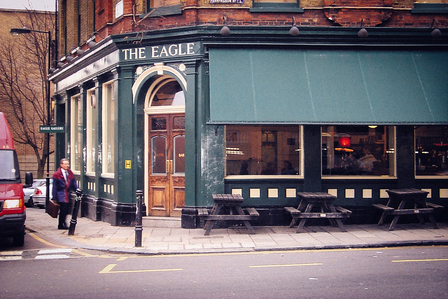 Most British pubs though continued to offer little more than crisps, nuts, pork scratchings and pickled eggs. Some might offer a lunchtime hot pie prepared by the landlady and some free lunchtime snacks on Sunday to keep the patron from going home when he got hungry.

In the 1970s Berni Inns and Beefeater pub chains launched the concept of an evening pub meal which was pretty much born as a prawn cocktail, steak and chips with battered onions and a slice of black forest gateaux. At about the same time the "meal in a basket" appeared. This style of service allowed the landlord to save on washing up costs and allowed more guests to eat than there were table settings.

It's the introduction of microwave ovens and freezer food though that really facilitated the widespread serving of "pub grub". Pubs could now serve a range of dishes such as steak and ale pie, shepherd's pie, chilli con carne and lasagne without the expense of a full kitchen team.

The gastropub concept was born in 1991 when David Eyre and Mike Belben took over the Eagle in Clerkenwell and created a revolution in the standard of food served in pubs; here was a good honest pub serving sensibly priced affordable food that was genuinely of restaurant quality. And here also was an incredibly useful generic term that could instantaneously distinguish between places serving a decent meal and a dingy local offering just a packet of crisps.

The gastropub trend spread like wildfire, with chefs in whites pushing the landlord and lady out of the new glass walled kitchen and bringing with them fresher seasonal ingredients and a new take on forgotten classics. As the movement developed standing room at the bar slowly disappeared, giving way to tables for dining, which you were led to by a waitress. White table cloths appeared and wine lists improved to complement all the exciting new food. In 2001 things reached a zenith when The Stagg Inn at Titley, Herefordshire became the first pub to earn a Michelin star. 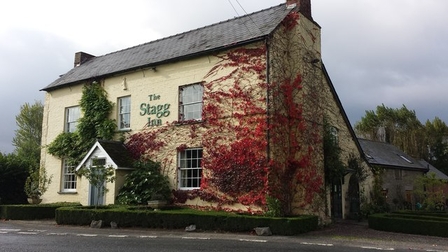 In 2011, twenty years after it all started, the Good Food Guide came out with the headline grabbing statement that the gastropub was dead. The comment was no surprise given the general low standard that a lot of food had settled down to again now that pub supply companies had caught on and were selling in a much more elaborate style of microwave meal to the chain pubs. What's more marketing professionals were now using the phrase to mark out a particular style of meal on the supermarket shelf.

Now most British pubs serve food. Some still serve basic grub, many serve elaborately presented food that looks like restaurant food and some serve food that actually tastes as good as top restaurant food. This handful of genuinely good gastro pubs at the top of the chain continue to set the trends that filter down to the local boozer.

Some pubs are choosing to go right back to basics and serve simple traditional dishes with emphasis on good quality ingredients. The distinction between pub and restaurant has become increasingly blurred but what is certain is that with revenue from alcohol down, pub grub is now an essential economic element in the survival of the British pub.

... comment(s) for British pub food & the rise of the gastro pub