The Mixology Bar Awards covers Europe’s German speaking countries, awarding the pioneering men and women in the industry who are continually innovating with cocktails, venues and spirits, as well as their celebrated bars.

October 6 saw the winners of the 2015 edition of the Mixology Bar Awards announced. Held in Berlin's Grand Hyatt Hotel, the ceremony was hosted by Philip Duff and Bettina Kupsa.

"The quality level of bartending in Europe's German-language region is growing in leaps and bounds. The awards highlight the sheer density of top bars we're privileged to have now in every major city. Following on the heels of the cooking boom of recent years, bar culture is also now well on its way to the mainstream of today's leisure and recreation society," said Helmut Adam, publisher of Mixology bar culture magazine.

There were three new categories added this year to the awards, including Sales Representative of the Year, Filler of the Year and Brand Ambassador of the Year.

Bar of the Year - Germany: Buck & Breck (Berlin)
Racking in plaudits, Buck & Breck has made 50 Best Bars for the last two years. The Berlin speakeasy is hidden behind a simple shop window with an adjacent doorbell. Inside it's an incredibly intimate affair, just 12 people at a time with host Goncalo de Sousa Monteiro mixing the finest short drinks available anywhere. 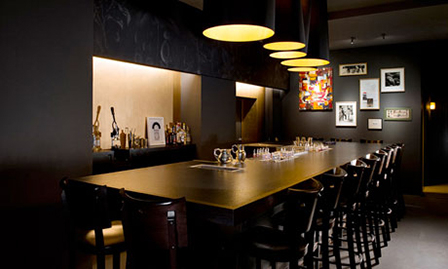 Bar of the Year - Austria: The Sign Lounge (Vienna)
The Sign is all about craft cocktails and playful drink presentation, alongside a huge selection of homemade ingredients. The relaxed setting encourages guests to enjoy themselves with Kan Zuo, who evolved this place together with his guests, focussing on high quality and authenticity.

Hotel Bar of the Year: The Curtain Club at The Ritz-Carlton (Berlin)
Known for its British gentlemen-club ambience, the Ritz-Carlton's bar is run by Arnd H. Heissen and his team.

Bar Menu of the Year: Zephyr Bar (Munich)
"The menu at Munich's Zephyr Bar is a black-&-white icon integrating typography, illustrations and tastefully depicted logos of the house's spirits into an overall work of art that lures readers in to explore and discover more," says Mixology

Mixologist and Host of the Year: Mario Kappes, Le Lion (Hamburg)
As Mixology wrote "The bar is his stage and his role as host is his passion. As the bar manager at Le Lion in Hamburg, Mario Kappes is a mainstay of elegance, agility and precision with a creative approach to drink ingredients and a natural, professional ease in the service he provides."

Newcomer of the Year: Marian Krause, Spirits Bar (Cologne)
Already a budding name in the industry, and known for his twist on the Bobby Burns, Marian is a hotel management graduate who regularly teaches his peers on new bar techniques and methods. 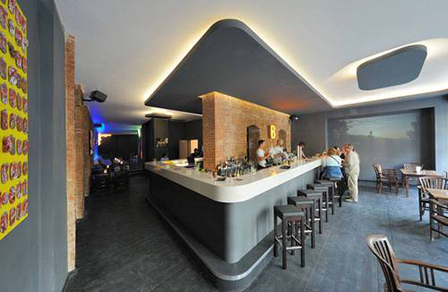 Lifetime Achievement Award
Bill Deck is an American-born bartender who has been at the forefront of Munich's bar scene for the past 40 years. Opening an American-style bar, his very own 'Harry's New York Bar' in a country known for its pursuit of beer, Bill changed Germany's scene.

Bartenders' Choice: Chicago Williams BBQ, Berlin
The "Bartenders' Choice" award is reserved for products or places which are acknowledged to be useful, are greatly appreciated and that simply do a body good! They don't necessarily even need to have a direct connection to the bar scene.

This year the bartenders picked a restaurant serving up bratwurst, ribs and smoked meat. Not many vegetarian voters in the midst then.