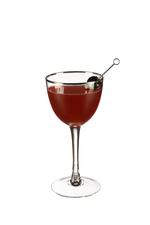 Such "National" day celebrations tend to originate in America, but we're proud to report this fruity celebration is a British initiative, instigated by the mandarins at the Department for Environment, Food & Rural Affairs. Hoorah!

That said, the cherry is equally revered in the USA where cities such as North Ogden in Utah celebrate the cherry throughout June and July with Cherry Days.

But how to celebrate cherries? 'Pick them', 'buy them' and 'eat them' seems most obvious, but there's a lot more fun to be had while celebrating the cherry - Cherry Pip Spit for example. A competition to see who can spit a cherry stone the furthest. While anyone can spit a cherry stone, only those with extreme dexterity can tie a knot in a cherry stem only using their tongue, with those who undertake this tricky manoeuvre against the clock being true athletes. (Videos please.)

Cherry trees are thought to have originally come from Asia Minor (now Turkey) and were first brought to Britain by the Romans. The English counties of Kent and Sussex boast the most orchards and it is claimed some of these were planted by the order of Henry VIII after he tasted the fruit in Flanders. Fresh cherries are as much a part of the English summer as the smell of freshly cut grass and National Cherries Day falls during the peak in the British cherry harvest.

When it comes to cherries two quite different types of liqueur come to mind - maraschino liqueurs and cherry brandy liqueurs - both rich with cherry flavour and both key cocktail ingredients.

However, as our office sits next to a cherry orchard it's the delicious Kentish cherry juice produced by our neighbour that we're celebrating with a cocktail based on this and the two aforementioned liqueurs. Rather than name it a "Triple Cherry" we've opted for a pun, Tom & Cherry.

The day the Atom Bomb made its debut

On this day in 1945, scientists watched a blinding fireball and mushroom cloud rise from the desert of New Mexico: the world's first atom bomb had exploded.

The top-secret Manhattan Project, conducted under the code name Trinity, caused these scientists some anxiety. Not least because they were not sure what the impact of this new and powerful weapon would be. Options ranged from failure to explode through to the destruction of New Mexico or, at worst, ignition of the atmosphere and incineration of the entire planet. (And, yes, they did it anyway...)

In the end, the bomb simply exploded, carving a crater more than 1,000 feet across and fusing grains of sand into a radioactive, green glass, called Trinitite - and exposing nearby civilians to 10,000 times today's recommended safe dose of radiation. We are not sure that the Trinity test has made the world a better place. But we do enjoy a Trinity cocktail, a tweaked Manhattan from David Embury's 1948 The Fine Art Of Mixing Drinks.

On this day in 1993, a senior government employee named Stella Rimington posed for a photocall outside London's MI5 headquarters, launching a new era of, well, not exactly Wikileaks-style openness, but honesty.

For Rimington was, of course, the Director-General of MI5, the British internal security service that was previously so secret its existence couldn't be acknowledged. And, if you've ever wondered why M became a woman in the Bond film reboots, Rimington is why - for she was the first female DG.

Since retirement, Rimington has kept herself occupied with activities from well-paid directorships to writing spy novels, to observing that, for example, the US response to 9/11 was "a huge overreaction". We are toasting her, and Judi Dench's M, with an eminently drinkable blend of ginger liqueur, Campari and tonic, The Opening Act, created by Andrew Pollard.