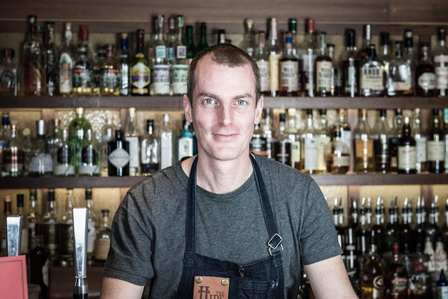 “When I was growing up, my father wrote definitive works on iris and crocus,” recalls Paul Mathew, creator of Everleaf, the non-alcoholic bittersweet aperitif that’s the designated driver’s answer to Aperol. “So orris root and saffron were two ingredients I really wanted to use because they played a big part in me growing up and those smells and flavours are quite important to me.”

While his father helped with sourcing and offered up rare plants from his garden, Everleaf unites two disparate threads of Mathew’s own career: conservation and bartending. Co-owner of three London bars – The Hide, The Arbitrager and Demon, Wise & Partners – he holds a masters in conservation biology. In fact, for the first few years of his working life, Mathew alternated poorly paid forest conservation gigs with stints in the capital’s bars and pubs.

The two sets of interests aligned better than it might seem at first blush. “I had quite a few projects in the Caribbean,” Mathew recalls. “I would be drinking different daiquiris or different styles of rum across the Caribbean, trying different local bitters, learning how to make caipirinhas up and down the coast of Brazil, drinking pisco sours in Chile, and then coming back and working in bars in London.” 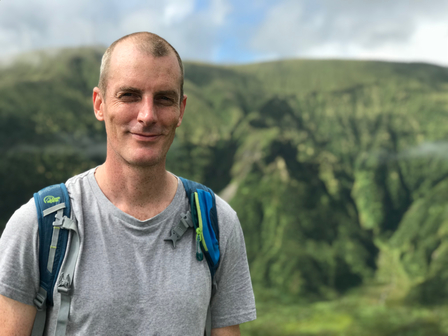 Come 2006, with the London bar scene expanding almost exponentially and a wealth of international products available, Mathew handed in his notice to the charity he was working for and opened The Hide, in Bermondsey, with a business partner. “I just thought: I’m going to sell my flat and open a bar because this is what I’m really excited by at the moment,” he says.

Over the years, first in London and then as he travelled with his diplomat wife, Mathew’s bartending portfolio expanded. In Beijing, he took up freelance writing, consultancy and training. “I know lots of really odd Chinese words, like ‘juniper’ and ‘copper pot still’,” he says. “But then I get really stuck on other pretty simple stuff.”

In Cambodia, a developing south-east Asian nation with a population considerably smaller than Beijing’s, Mathew found work for an importer and collaborated remotely on opening The Arbitrager and Demon, Wise & Partners. But his fascination with plants and conservation never went away and, back in the UK, he set to work to create Everleaf.

For someone with botany in their DNA, gin might seem a natural choice. But not for Mathew. “I didn’t want to just produce another gin,” he says. “I’ve always wanted to use my botanical conservation background, but the gin side of things is very saturated at the moment.”

China inspired him to explore the non-alcoholic sector. “It opened my eyes to a Chinese audience who are keen to go out and have cocktails and enjoy that cocktail experience, but don’t necessarily want to drink as much alcohol,” he says. “A lot of people in China don’t process alcohol very well but they want to be going out and having cocktails and taking photos of themselves having a nice time and they don't want alcohol to be part of that.”

Back in London, the timing seemed right for a non-alcoholic product. Britons are drinking less alcohol than they did, particularly Generation Z (around 1 in 4 18–25-year-olds are teetotal). Even among more party-hearty demographics, there’s a wider awareness of the physical and mental health risks of alcohol, while the ubiquity of social media means a messy night out can endure online for a lifetime. Diageo’s 2016 investment in Seedlip and Dublin’s recently opened alcohol-free bar, the Virgin Mary, both seem harbingers of change: Sainsbury’s picked up Everleaf within months of its launch.

For Mathew, personally, no-alcohol also seemed a positive choice. “I’ve got a couple of kids. I don’t want to be woken up in the morning with a hangover, so I’m drinking a lot less,” Mathew says. “I’ve always done quite a lot of sport, so it’s really nice to have a grown-up non-alcoholic option.” (He recommends serving Everleaf as a spritz, with tonic, or perhaps as a Negroni-style drink with other no-alc products.) 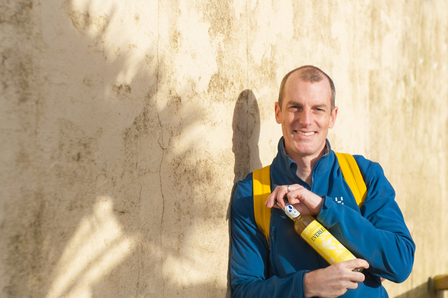 Years spent working at the intersection of people, plants and places inform Mathew’s approach to sourcing. “The vanilla is from a project in north-eastern Madagascar that not only helps communities get the best price for their product but manages the vanilla so it’s growing under natural forest canopy rather than under cover in deforested areas,” he says. “Similarly, with the vetiver from Haiti, it’s part of a wider project looking at empowering local communities, educating women and doing conservation work.”

Mathew’s plant knowledge also came in handy when resolving one of the key challenges of non-alcoholic alternatives to liquor: mouthfeel. “With some of the other non-alc stuff on the market, I found it had a very light mouthfeel and the flavour tends to dissipate quite quickly, so something I wanted to do with Everleaf is give it texture and mouthfeel,” he says. After failing to find a sustainable source for orchids, the base of the Turkish thickening agent salep, he settled on a combination of gum arabic and konjac, also known as voodoo lily.

Sourcing is evolving as Everleaf grows, but Mathew aims to make the business as ethical as possible in all areas. “We’re just trying to do the best we can at every stage, whether that’s finding an ethical bank or sourcing our energy from renewable sources or making sure that packaging doesn’t use any plastic and the lightweight glass bottle has a high percentage of recycled glass,” he says. (Both The Hide and The Arbitrager use only products that have been brewed, bottled, fermented or distilled in the London area.)

And ethics, Mathew explains, do not come cheap. “We’re priced slightly cheaper than things like Seedlip because as a bar owner I find them really quite expensive,” he says. “But we do use Spanish saffron, Madagascan vanilla – 18 different plants in all. We use distillation, vacuum distillation, maceration – lots of techniques that are just as expensive as a regular distillation of any other product.”

The next steps for Everleaf will depend to some degree on the next steps of Mathew’s wife’s career, although exports are definitely on the cards. “Wherever she gets posted next, hopefully it will be something I can continue to grow,” he says. “Hopefully she’ll either get posted to a country that has a great selection of botanicals I can use or a country that’s a great market for Everleaf. We’ll see."