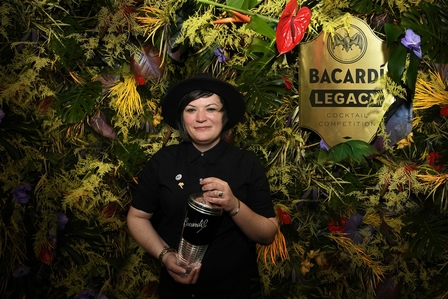 For Chelsie Bailey, bar manager of Bristol’s Filthy XIII, winning the UK final of Bacardi’s prestigious Legacy competition was very much a family affair. “They made me wait 12 days for the actual results,” she says. “Then in order to announce my name they brought my mum and dad out. So, the most important achievement of my career to date, and my parents got to share it with me. It just made my emotions sky rocket.”

There were tears. From Bailey, from her mum, and, yes, from her dad, too. “Everything I’ve done in the past few years has been building up to have a really good shot at Legacy,” she says. “So it’s been going on for 11 years now!”

It was an epiphany in a pub kitchen that steered Bailey off the hospitality management track and onto the bartending career path. “I was 22 and I had to learn the kitchen,” she recalls. “I was flipping burgers and I just absolutely hated it. And I was like: I’m probably going to be doing hospitality for the foreseeable future. I want to do it properly. I want to up my game. So I literally went out on my lunchbreak and applied to this four-star hotel.”

Within six months, Bailey was head bartender of Malmaison Reading. “I was very persistent,” she laughs. “We became short-staffed and, rather than hire a bartender, I was like: just give me a week and let me prove to you I can do that, and I did.”

A warm woman with a ready laugh, Bailey brings steely focus to her competition game – previous UK wins include Speed Rack, the Monkey Shoulder Ultimate Bartender Championship, and Chivas Masters. To create her Legacy drink, an elegant mix of equal parts Bacardi Ocho, cream sherry, lemon juice and apricot liqueur, with a hint of fresh orange courtesy of an orange slice, she started from eight years’ worth of notepads.

“I went through all my old recipes and started to realise that drinks that are just in parts are so much easier to make – and the easiest ones to remember are equal measures drinks,” she says. “I wanted to do what Tom Walker did with his Maid in Cuba: take really familiar ingredients and just put it in a different format. So in order to achieve that, I had to work out what had been done before and what hadn’t been done before.”

And that meant assembling 150-odd previous Legacy winners and systematically deconstructing their structure and ingredients. “I made a tally: what’s in a coupe, what’s been made using Blanco, what flavours have been used, what equal measures have been done before. Anything that I thought was relevant, I noted,” Bailey recalls. “I felt like the Rain Man of rum.”

For Bailey, whose career includes stints at the Rummer Hotel, the Milk Thistle and Red Light, owned by Bristol bartending leading light Richard Tring, competitions do more than raise her own and her employer’s profile. They deliver big time in lifestyle terms.

“Getting to travel the world has been really something special,” she laughs. “I think I'm literally the definition of champagne lifestyle, Pepsi-Cola money! Travelling has been great, and the friends that I've made throughout the UK and the world have been something quite special.”

Bailey is excited to return to Amsterdam to represent her country in the global final. “If I won, I’d definitely cry again,” she says. “I think I’d just be really bloody proud of myself and the UK bar scene if we brought it back home. And I hope that I can do that! I feel like if I don't, I'm going to let a lot of people down.”

And for anyone thinking of entering next year, Bailey offers words of wisdom. “Look at previous winners. Look at what has been successful. Don’t try and be too crazy,” she says. “Obviously, being a bartender you’re very creative. And the most refreshing thing about Legacy is that it takes you back to your roots, it takes you back to those classic drinks.” Because complex may be challenging, but simplicity is hard. 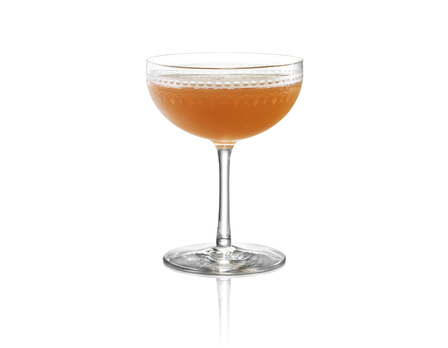 Serve in a coupette glass