Sipsmith's copper pot still, 'Prudence' was built by Germany's oldest distillery fabricator, Christian Carl. Sam and Fairfax opted for an all-copper still as they believe the metal contributes to mouth-feel and texture, even though there is little sulphate in the high quality neutral spirit they use to charge the still.

Prudence has a 300-litre charge capacity and is designed with a narrow neck and boil ball to generate maximum reflux. It is heated by six independently controlled heating elements in its base. Unusually, the design allows the optional use of a botanical vapour chamber and also a five plate column. Each of the five plates in the column can be opened or closed, or the whole column can be completely bypassed. Prudence is a very flexible lady.

Incidentally, the Sipsmith name comes from a comment by Fairfax's father who is a silversmith. He suggested that a distiller was also a specialist craftsman and so a '-smith' suffix was equally appropriate.

To make Sipsmith vodka (also the base spirit for their gin), Sipsmith charges Prudence with English barley neutral spirit hydrated from 96% alc./vol. to 60-65% alc./vol. using tap water. At the start of vodka production, a feedback loop (reflux pipe) from the foot of the column returning vapour to the pot is opened to prevent the vapour rising up though the fractional distillation column. The vapour is sent around to be redistilled in the pot for the first two hours before the feedback loop is closed and vapour allowed to rise up the column which initially has all its five plates closed. These are then steadily opened and adjusted until an equilibrium is reached.

The first five litres of distillate to emerge from the still are discarded (around 2 per cent of the run), with hearts starting to coming over at around 91% alc./vol. These run for about two hours before the cut to tails at around 85% alc./vol.. The decision on when to switch to tails is purely made on smell and taste, although they know within a window of around 15 minutes when this will need to be made.

Demand for Sipsmith Gin far exceeds that for its vodka, so some vodka distillations are only carried out to produce the base spirit used to make their gin. However, if the distillate is destined to be bottled as Sipsmith Vodka then the first 40 per cent of the heart is separated and the second part of heart is kept for re-distillation to make gin. The 'vodka' distillation produces a distillate at around 89% alc./vol. (average) across the run. The spirit is then reduced to bottling strength with Lydwell Spring water.

Sipsmith Gin is distilled using Sipsmith vodka as its base - namely English barley neutral spirit which has been redistilled in Prudence, a 300-litre copper pot still. The spirit is diluted to 60% alc./vol. with purifiedwater before the botanicals are added.

When making Sipsmith Gin the fractional distillation column on Sipsmith's Prudence's still (used when making vodka) is bypassed so the swan neck goes straight to the condenser. The gin comes over at around 84% alc./vol. and is reduced to bottling strength using more purified water.

Sipsmith is a genuine London distilled, one-shot gin - something of a rarity (two-shot gins are distilled with twice the botanical recipe and then stretched after distillation by the addition of neutral spirit. The doubling-up saves still time, energy, and so money ). 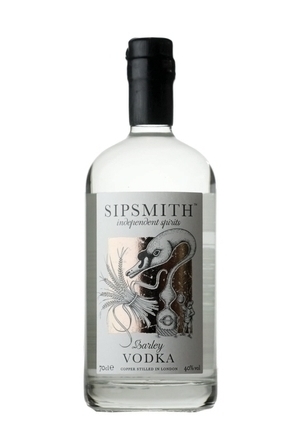 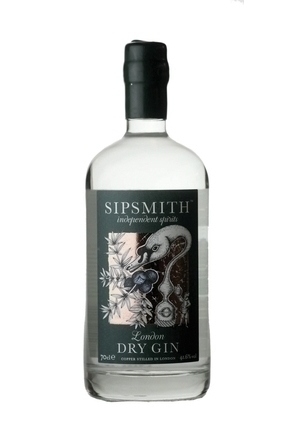 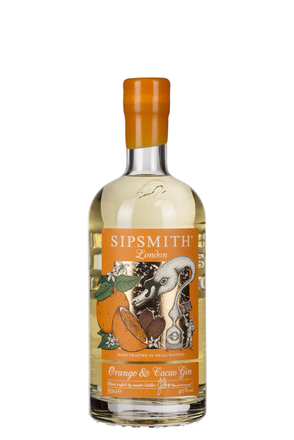 Launched March 2019, this Sipsmith gin capitalises on the popular flavour combination of chocolate and orange with... 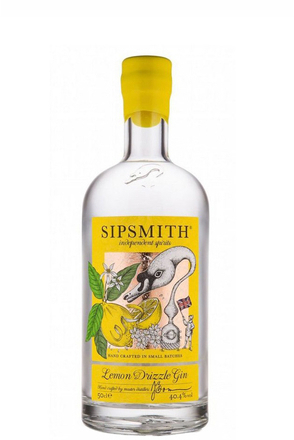 This citrus-forward gin is made by first steeping Sipsmith’s classic London dry recipe but with dried more lemon peel,... 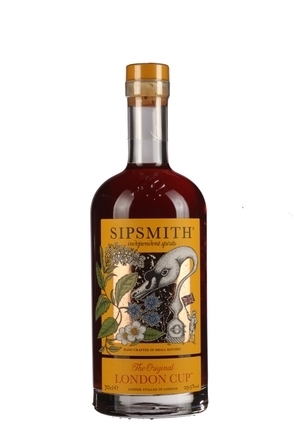 Based on Sipsmith Gin with added fruits, herb and spices, including Earl Grey tea, fresh Lemon Verbena and cucumber.... 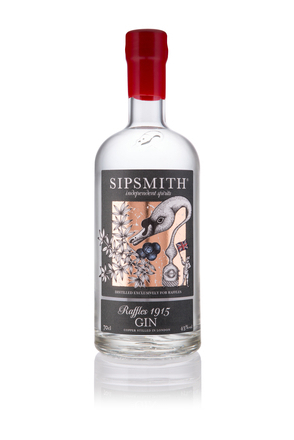 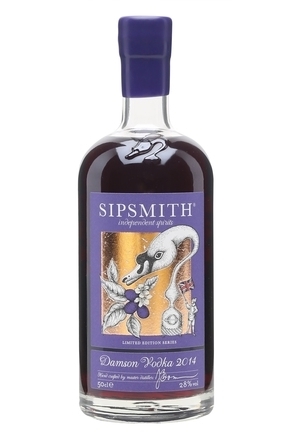 Based on Sipsmith's barley vodka and flavoured with English damsons, this limited edition Damson Vodka was apparently...

Launched in September 2010, Sipsmith sloe gin liqueur is produced in as as limited edition each year and is based on...