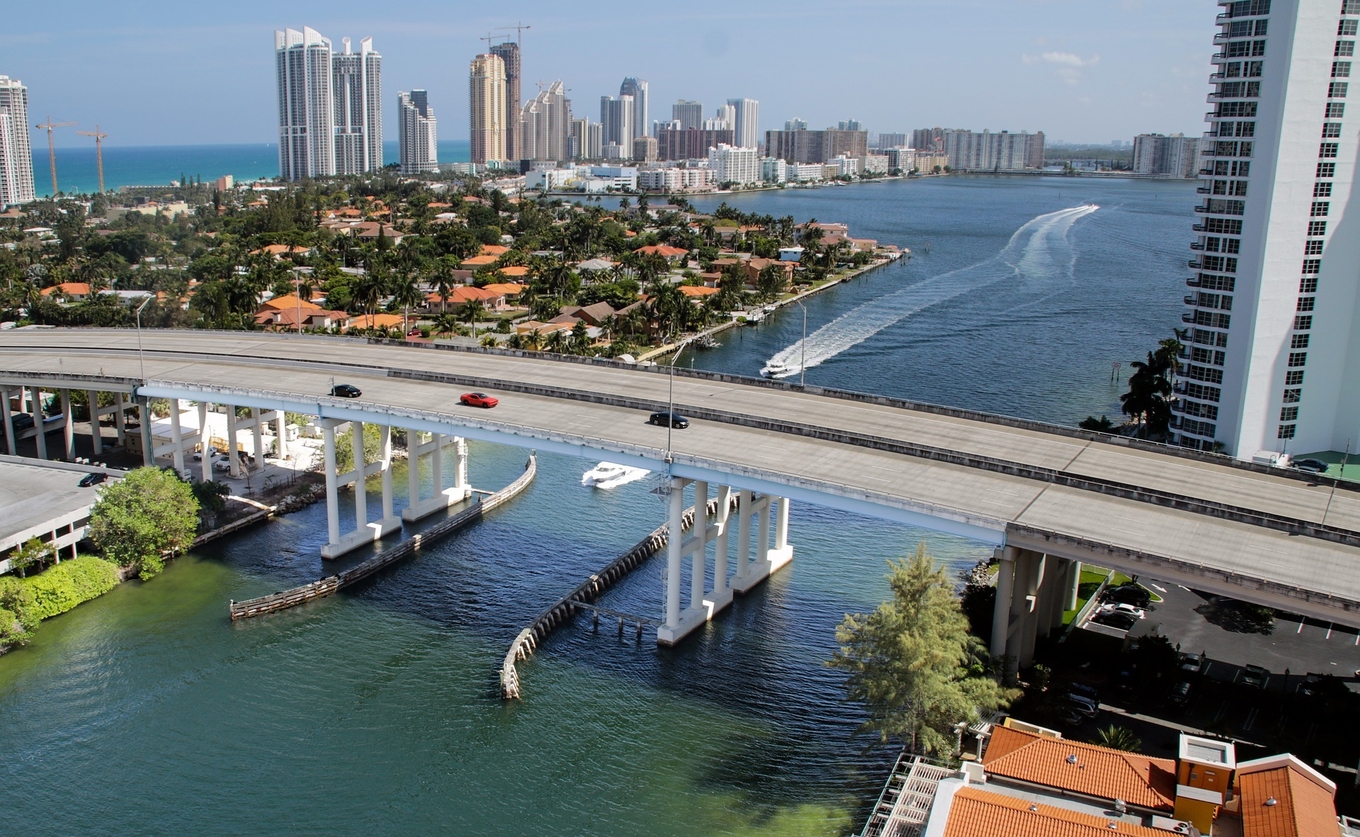 Miami is famed for its Art Deco buildings, subtropical climate, sandy beaches, blue seas, nightlife and luxury living – well, Miami Beach is. Downtown Miami is a bustling metropolis housing big business with accompanying skyscrapers. Miami Beach is a separate island in the bay, linked to the mainland by causeways. Together they’re technically known as Greater Miami.

Miami's proximity to Cuba made it a natural home for Cuban exiles after Castro's revolution in 1959 and is the U.S. home to the most famous Cuban exile of them all - Bacardi. Emigrants from countries such as Colombia, Dominica, Puerto Rico and Nicaragua have followed and today Miami is the Latino capital of the United States and Spanish is spoken as often as English. The short and numerous flights to these countries have made Miami something of a gateway to South and Central America - worth remembering when planning your itinerary.

Miami Beach's main nightlife zone lies around the Art Deco district of South. Locals further divide the area into SoFi (South of Fifth Street) and NoFi (North of Fifth Street). However, Miami's beautiful people have all but abandoned South Beach, leaving it full of not so beautiful tourists. The place to be is Downtown and the Design District on the mainland - Londoners, think Shoreditch with year round sun.

The Coconut Grove district draws a fun-loving young crowd to its many happy hours. Miami's vibrant club scene attracts many of the world's best DJs and the city hosts the annual Miami Winter Music Conference each March.

Bars close around 1-2am but nightclubs bang on till 6am. Like the rest of the US, the minimum drinking age in Florida is 21 and you should carry photo ID regardless of your years. While the heat means no jacket is ever required, dress codes in the best venues demand designer attire.

High season is January to April when the beach fills with models and millionaires.

Listed starting downtown and heading north through Overtown, Wynwood and the Design District towards El Portal.

2. Blackbird Ordinary
729 SW First Avenue, Miami, FL 33130, USA
Blackbird is an American bar personified, a proper bar goers bar - big and slightly brash with the pool table vying with the DJ for attention, but for Christ sake don't start dancing - it's not that kind of joint. 4/5 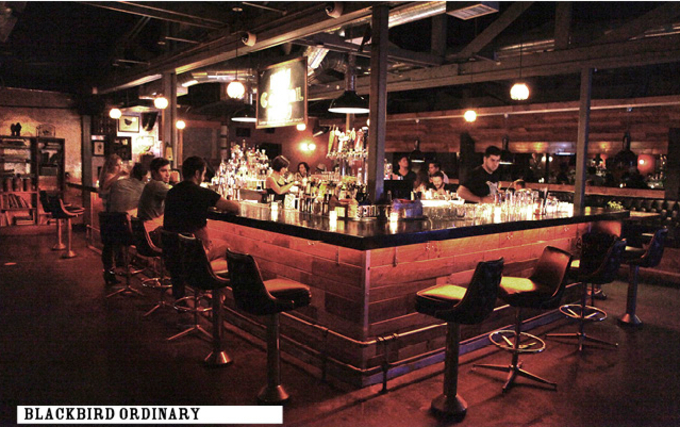 3. Zuma Miami
Epic Hotel, 270 Biscayne Blvd Way, Downtown, Miami
This Japanese restaurant and bar concept created and proven in London arrived in the Sunshine State in 2012. Like its London sibling the Miami branch of Zuma attracts the beautiful and the moneyed with a blend of style, sushi, sake and cocktails. 4/5 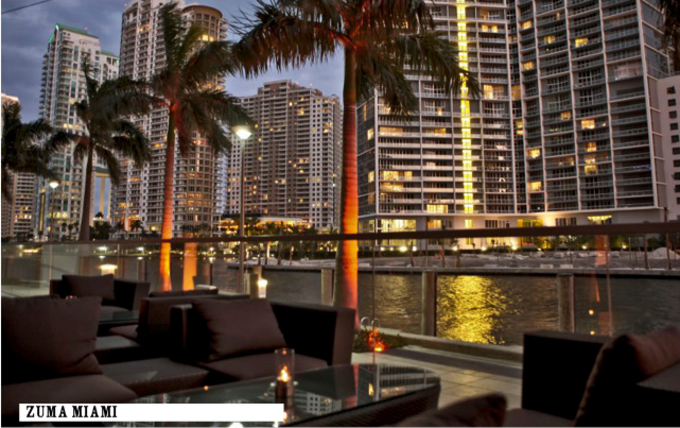 4. Pawn Broker
The Langford Hotel, 121 SE 1st Street, Miami
Atop The Langford Hotel, you'll hear the sound of people having a good time in this penthouse bar as soon as you exit the elevator. Although, weekends you may have to await you're turn in the lobby to join the fun crowd above. Once inside you'll find a central bar with a well-worn zinc counter backing onto a large roof terrace. The overall look is urban industrial meets country cottage. The young clientele are young and here for a good time, fueled by some of the best cocktails in Miami. 4.5/5

5. The Corner
1035 N Miami Avenue, Miami
Dark and moody yet as the name suggests occupying a corner site with windows on two sides, blinds stop things getting too bright early evenings. This is a dream of a bar due to its outstanding beer list great cocktails, top shelf liquor selection and even great wines. 5/5 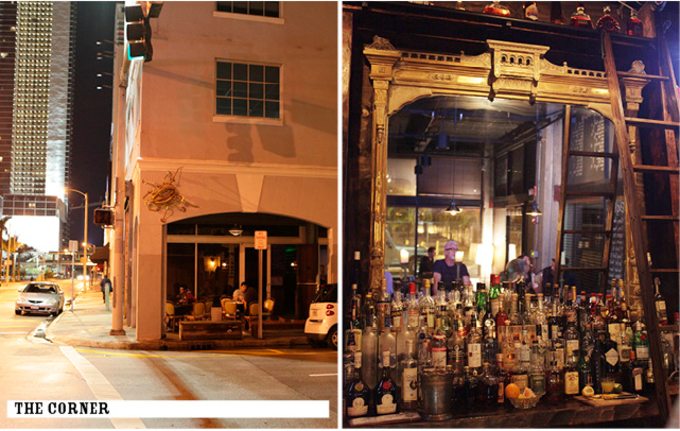 6. Beaker & Grey
2637 North Miami Avenue, Wynwood, Miami
This large, upscale restaurant and bar is something of a hipster hangout with an open kitchen to the right and the bar with its impressive five tears of spirits lining the back bar to the left. Beaker & Grey has the buzz and that special feel only achieved by owner operated venues. 4.5/5

7. The Anderson
709 NE 79th St, Shorecrest, Miami
The Anderson may look out onto a five lane highway rather than the beach but it does sit opposite Marine Max with luxury boats stacked three high. Despite the lack of nearby ocean, the Anderson even has its own beach shack bar and terrace. Décor is New York kitsch but cool. Craft cocktails are well-made and balanced. 4.5/5

1. Repour Bar
Albion Hotel, 1650 James Avenue, Miami Beach
Set off the vast double height lobby of the Albion Hotel, the Repour, pronounced "rapport", is by contrast low-ceilinged and cosy and has something of the look of a domestic lounge - indeed the menu lists cocktails under heading such as Sitting Room, Living Room, Guest Room and Garden. 4/5

2. The Gale Bar
Gale South Beach & Regent Hotel, 1690 Collins Avenue (corner 17th St), South Beach, Miami
Built in 1941, the Italian Riviera-influenced design of the Gale Hotel pays homage to its vintage Miami roots. The bar area sits at the front of the hotel, spilling across the lobby towards the reception area. Below this in the basement you'll find the more clubby but sill intimate lounge known as the Rec Room, inspired by Amy Sacco's No. 8 Rec Room in New York. 4/5 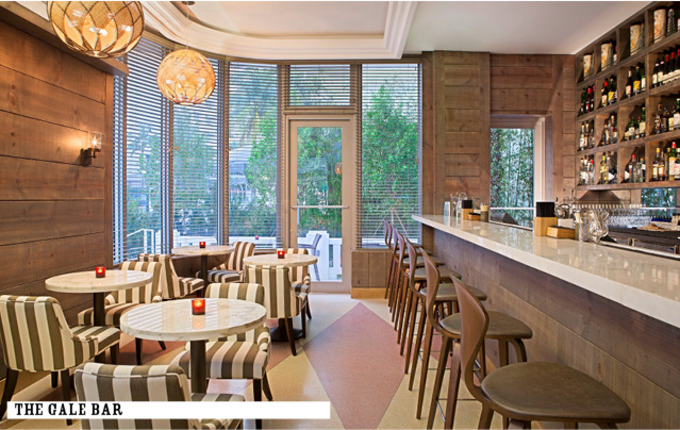 3. The Regent Cocktail Lounge
Gale South Beach & Regent Hotel, 1685 James Avenue (corner 17th St), South Beach, Miami
While most of the numerous upscale hotels on Miami Beach struggle when it comes to their bars with mediocre drinks seemingly served as standard, The Gale Hotel boasts not one but two great cocktail bars. This one nestles at the back of the property in the Regent side of this Siamese twin of a hotel and is the more reserved and classic of the two. 4.5/5 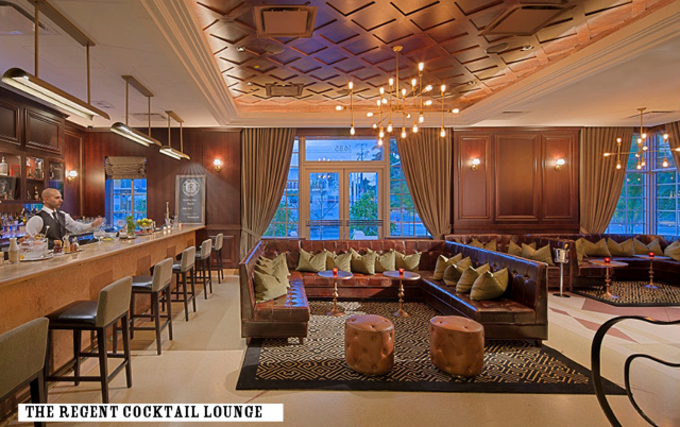 4. The Raleigh Martini Bar
Raleigh Hotel, 1775 Collins Avenue (@ 22nd St), South Beach, Miami Beach
Many visitors walk straight through the lobby of the elegant Art Deco Raleigh Hotel and make a beeline for the sun loungers beyond. They are missing a gem - the intimate, 1940s lobby bar tucked away on the left. The small panelled room is warm and loungy. Pull up a red leather barstool and ask for Stephen Wicker's When the Smoke Cleared. 4.5/5 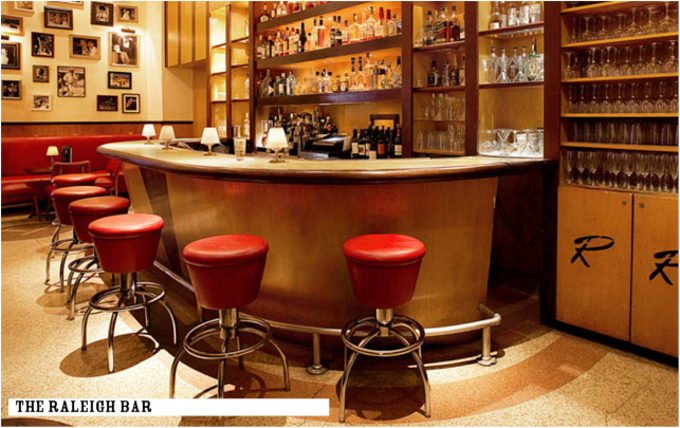 5. Setai Bar & Courtyard
The Setai Hotel, 2001 Collins Avenue, Miami Beach
The lobby bar of the luxurious and stylish Setai Hotel boasts an Asian-inspired cocktail menu with ingredients such as ginger, chili, lemongrass, jasmine and of course sake used in cocktails with names such as Saigon Gimlet, Shiso Plum Mojito and Samurai in Jalisco. For the less adventurous, the list also features reassuring classics. 4/5 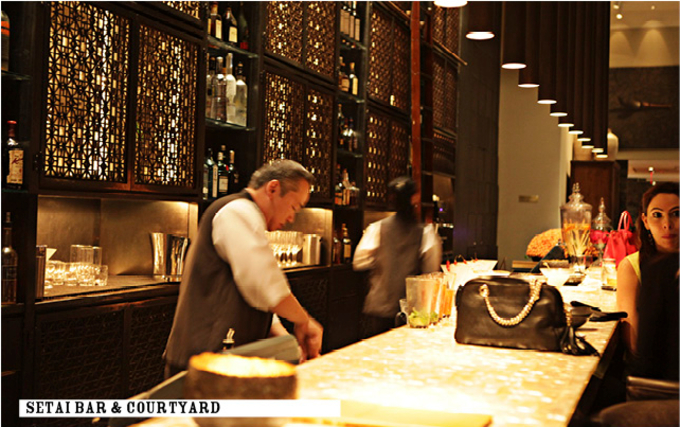 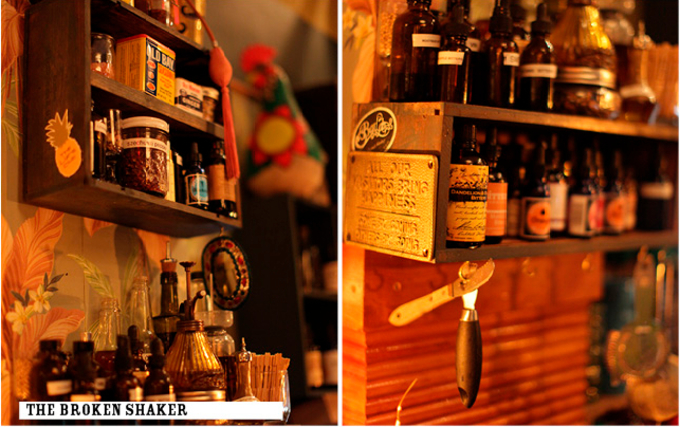 8. Saxony Bar
Faena Hotel Miami Beach, 3201 Collins Avenue, Miami Beach
This is not your average bar - its only open from 11pm to 4am three days a week and you need to make a reservation (saxonybar@faena.com) in advance to secure your spot. Be sure you do as this is one of the very best bars in Miami. The lavish decadence you'll experience here extends to the brilliantly executed cocktails. 5/5 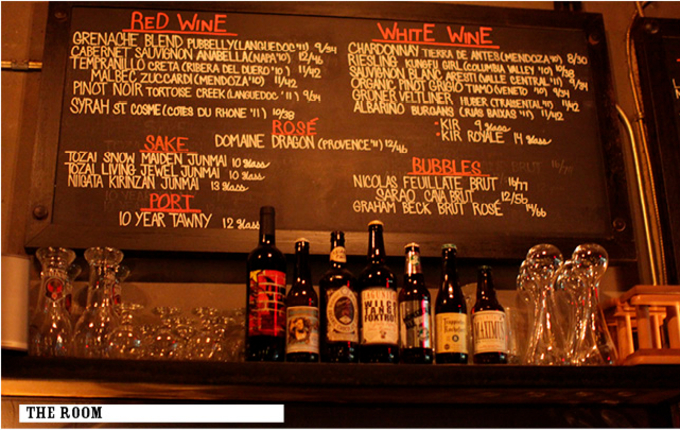