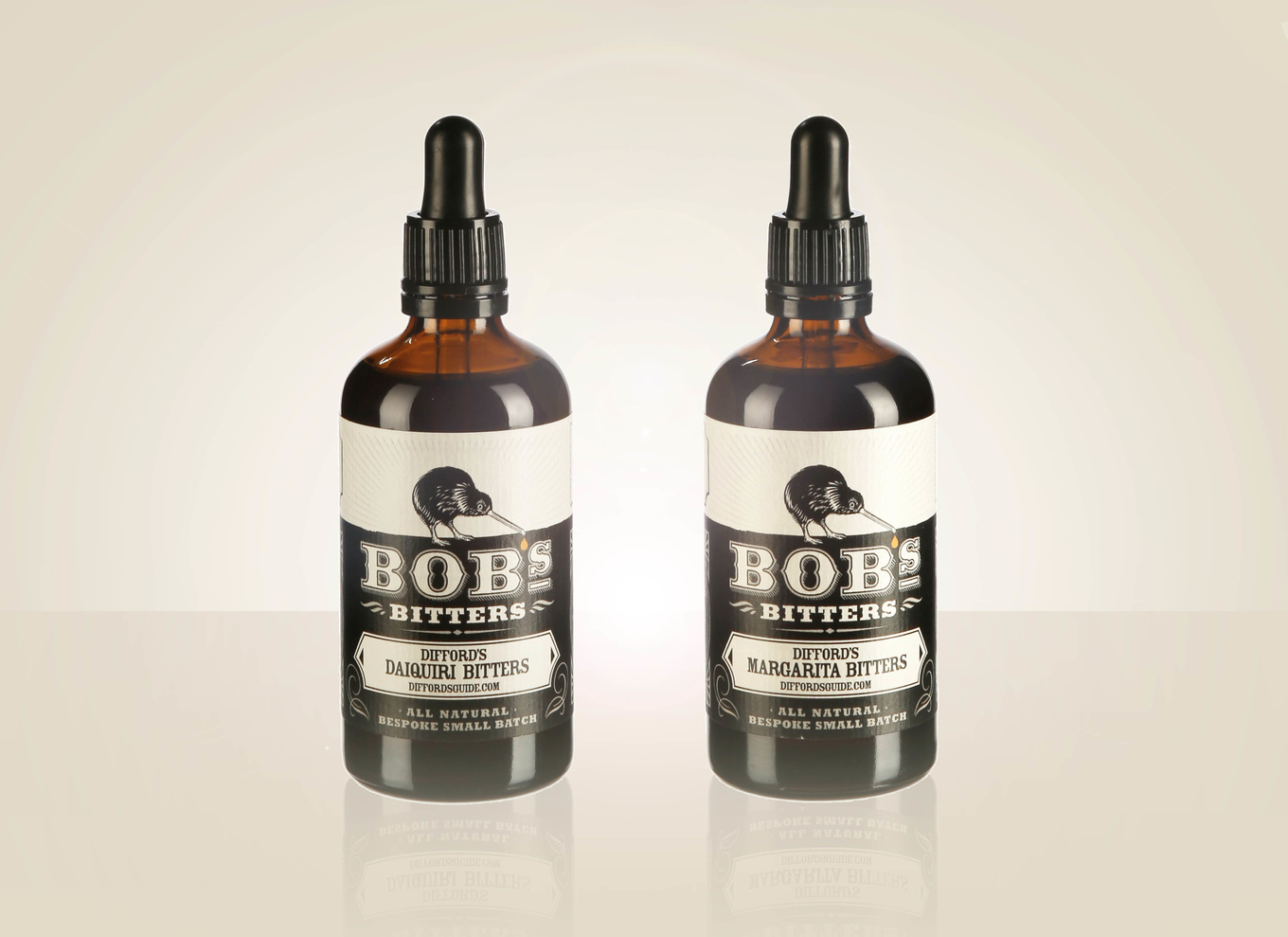 With the cocktail renaissance came bartenders rediscovery of aromatic bitters, their use driven by calls for drips and dashes in dusty old books. Back then it struck me that some classic cocktails, particularly the Daiquiri and Margarita lack the extra complexity that bitters might add.

Around the time this bitters quandary was playing through my mind, Bob Petrie was a regular caller in our office bar, the Cabinet Room. He used to call by on his way to work, then as a full-time pastry chef in London's Dorchester Hotel. Part-time he was already producing and supplying his own aromatic bitters to London's best bars. I used to knock out cocktails for Bob to assess his various batches of new bitters while he told us of his dreams to give up cheffing and make bitters full-time.

Such is the quality of Bob's products that Bob's Bitters took off and his dream became a well-deserved reality. Bob continued to pop in with samples and our discussions turned to Daiquiris and why they don't have bitters. It didn't take much to persuade Bob to work with some suggested flavour profiles to create his Daiquiri Bitters.

The predominantly roasted pineapple and subtly mint flavoured Daiquiri Bitters that resulted were so delicious that we decided to start selling them. Dan, our ace designer and photographer came up with some very elaborate packaging and our office regularly turned into a mini production line with labels hand-stuck on bottles supplied by Bob, then placed in printed tubes with more fiddly labels applied to the outside of these tubes. 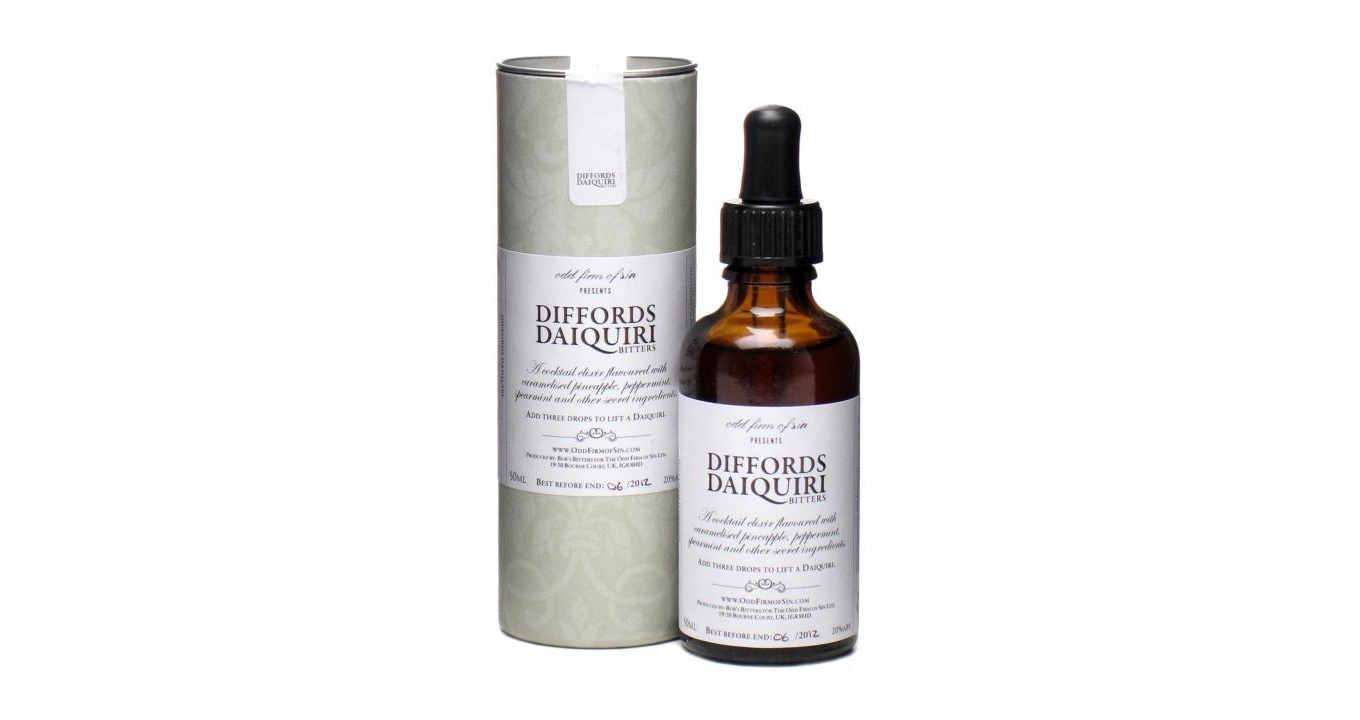 Margarita Bitters followed and were similarly successful. However, this was at a time when we were struggling to cope with CLASS Magazine and my other hairbrained schemes such as London Cocktail Week. We had a hell of a lot on and every order for more bitters was met with dismay at the prospect of having to label and pack them. Hence, we knocked Difford's Bitters on the head to concentrate on bigger projects.

Despite their untimely demise, demand for the bitters continued and years later both Bob and I still received emails from people asking for the bitters. As a trustee of The Benevolent Drinks Industry Charity I saw this unsatisfied demand an opportunity. And happily, so did Bob.

Consequently, I'm delighted to announce the return of both Difford's Daiquiri Bitters and Difford's Margarita Bitters, now with my £1 share from the sale of each bottle donated to The Benevolent, a pledge repeated in the small print on each and every bottle.

Bob being Bob, he didn't just reproduce the old recipes. He insisted on striving to improve them. Hence, both bitters are now more alcoholic, 37.7% and 33.5% respectively, and the new formulations follow numerous visits by Bob to our bar and trial sessions with different batches.

Thankfully, the new packaging is in line with other Bob's Bitters products so is now packaged by Bob's own fair hands, so for wholesale supplies please email Bob. Bars in the UK should ask their regular wholesaler (Speciality Drinks have stock) and for online supplies see shops such as TheWhiskyExchange.com.

Donations to The Benevolent

I'd like to take this opportunity to make it clear that while these bitters may have been my idea and have my name on the label, they are the result of Bob's experience and hard work, not mine. Hence my passing on my financial share to The Benevolent.

Each bottle of bitters makes a lot of cocktails (more than 260) so to support The Benevolent while also (I believe) improving your Daiquiri and Margarita recipes, please add these bitters to every drink. And besides any monetary contributions, hopefully, these bitters will help drive awareness of the charity, a charity that does a lot to support bartenders and others working in the UK drinks industry. 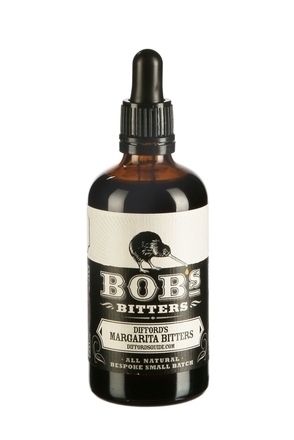 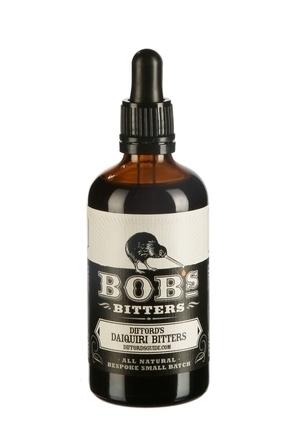