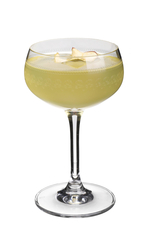 The UN proclaimed 20th May World Bee Day in December 2017. May was chosen due to bees in the northern hemisphere developing profusely ahead of a productive summer while in the southern hemisphere hives are being harvested as beekeepers prepare for the honey season. 20th May is also the birthday of Anton Janša (1734–1773), a famous Slovenian beekeeper regarded as the pioneer of modern beekeeping.

And we have Slovenia to thank for Bee Day (not Bidet), literally a nation of beekeepers with one in every 200 Slovenians an active beekeeper, this rightly regarded as an important agricultural activity. Slovenia lobbied the United Nations for three years before the UN Member States unanimously approved Slovenia's proposal.

World Bee Day is intended to raise awareness of the importance of bees and beekeeping and publicise the importance of bees as pollinators. As the world's population has grown so the amount of crops required to feed that population has struggled to keep up. Bees play a crucial role in feeding the world with a third of food production dependent on bees with pollination essential to nearly three-quarters of the plants (i.e. fruit, vegetables, seeds, nuts, and oilseeds) that produce 90% of the world's food.

Yet, bees are threatened with a global, and somewhat mysterious, decline. There are things you can do to help, including building a bee hotel, avoiding pesticides, and buying local honey - preferably raw honey.

Today, we're celebrating these small but mighty creatures and the honey they make with an Orchard Keeper Cocktail and if you're in the UK and buy a bottle of Avallen Calvados from us to make this cocktail, thanks to our friends at Avallen, we'll also send you a bee flower seed bomb which you can lob somewhere appropriate to produce flowers that bees love.

Fashion history was made today in 1873 when Levi Strauss and his business partner, Jacob Davis, received a patent from the USA patent office giving them exclusive rights to strengthen working men's trousers with metal rivets.

This act, a response to a customer who kept ripping the pockets of his trousers, transformed hard-wearing denim trousers, which had been around for years, into the items we know today as jeans. And it led, inevitably, over the years to a range of fashion statements from snow wash jeans to skinny jeans via the starlet's favourite white denim, the muffin-top and camel-toe abomination known as "jeggings", fluoro colours and, oh dear god, pink jeans on men.

We are raising a toast with a cocktail rather younger than the jean: a Rusty Nail. And, whether you like your jeans blue, black or even, heaven forfend, pink, we recommend you join us. Or you may, like our good friend Jacob Briars, use the excuse to celebrate with a blue drink such as a Gun Metal Blue Cocktail, or his own signature Corpse Reviver No. Blue.

It's the anniversary of the Moore Tornado

This day in 2013, a category five tornado swept through the Oklahoma City suburb of Moore, killing more than 20 people, including children in their classroom, and injuring almost 400.

Floods, whether caused by torrential rain or, in Alaska, by the sea-consuming coastline that is no longer protected by ice, are becoming more common. Drought is an increasing risk. And bushfires are burning faster and longer.

Cheery stuff, all round. And Britain, too, is apparently becoming rainier - or at least the north is. We are lifting our spirits with a Brainstorm (definitely not a rainstorm). Cheers!