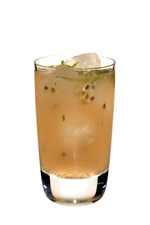 Australia Day is the anniversary of the First Fleet of convict ships arriving at Sydney Cove in 1788. Today though, it's all about celebrating everything that's great about Australia and being Australian.

It wasn't actually until 1994 that all the States and Territories in Australia celebrated Australia Day as a unified public holiday, and since then it has grown and grown.

If you're lucky enough to be in Australia, then it's all about barbecues, outdoor concerts, and boat races in Sidney harbour. If, like us you're not in Australia, then celebrate through a delicious Waltzing Matilda. Seeing as there's no official Australia Day cocktail, we thought that we'd allocate one by David A. Embury for the occasion...nationalistic in its title and a damned tasty drink.

It's Republic Day in India

On this day in 1950, 20 years after India declared its independence, and three years after it got it, the Constitution of India came into force, making India a true republic and a parliamentary democracy. Observers at the time considered this the biggest experiment in democracy since 18th century America.

Today Indian democracy is far from perfect - riven with corruption, dynastic politics and vote-buying - but it is a democracy. And a source of great national pride. So today New Delhi sees grand parades, military salutes, awards, marchpasts and flypasts, while at least a few of India's billion-plus citizens enjoy the day off work.

Indian tradition dictates that a foreign head of state becomes guest of honour at these proceedings. Us? We are having a Sunshine Cocktail, mixed to our preferred formula, #1.

Remember Lotus? No? Well, if your job at any point involves entering things in spreadsheets, you have them to thank, or blame. Because on this day in 1983, Lotus launched 1-2-3, the first commercially successful spreadsheet application, and something that's transformed the worlds of work and business.

For better or for worse? Well, on that the jury's out. The spreadsheet didn't save Lotus itself, which is now a division of IBM, and you're most likely experiencing spreadsheet hell in Excel rather than, say, Open Office or 1-2-3.

We are still marking today with another cocktail entered into the spreadsheet of history by our favourite accountant - yes, yes, OK, tax lawyer - David A. Embury. It's a Bolero Sour, and we think you will like.