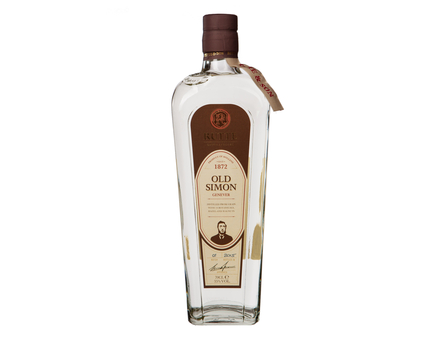 The following are new products we've received and other products reviewed during March 2016. Products are listed according to the Difford’s Guide rating awarded to them. Please click on product names for tasting notes and further information.

Theakston Old Peculier
Full-bodied, dark and strong with a creamy mouthfeel. Old Peculier has a toasty malty character with notes of coffee, chocolate and caramel. It's a hearty meal of a beer.

Aviation American Gin
Traditionalists who like their gin to be predominantly juniper may be disappointed by the very subtle juniper notes in this "New Western" style gin. However, this gin is not trying to appeal to traditionalists, it is designed have its own distinctive style. As the name suggests it also works well in an Aviation.

Rittenhouse Bottled-In-Bond Straight Rye Whisky
Something of a reference for how rye whiskey should be. Full-bodied and spicy with ginger, cherry, faint dark chocolate a floral touch of parma violet.

Edinburgh Beer Factory Paolozzi Lager
The "lager re-born" statement on the label is perhaps a tad overstated, but this beer is indeed tasty compared many a bland lager with an attractive bready maltiness and grassy hops. That label is also rather slick and helps this lager standout.

Absenteroux Vermouth a l'Absinthe
To be termed a 'vermouth' requires a product to contain some wormwood. As this vermouth's name suggests it contains generous quantities of Artemisia absinthium and so has pronounced bitterness.

Revolte Rum
Wonderfully raw and expressive rather than refined, with intense grassy and fruity esters.

Mellow Corn Bottled in Bond Kentucky Straight Corn Whiskey
As the name suggests this whiskey not only has a very high percentage of corn in its mash bill, it also has a distinctly buttery chargrilled corn flavour with an enlivening black pepper and cinnamon spice.