There are occasions in life that make a lasting impact. For Jamie Rhind it was his 21st birthday. "To celebrate my father took me to Singapore, where we went to The Long Bar at the Raffles Hotel. It was the first time I saw firsthand the history of a classic."

While there his Dad told him the story behind the Singapore Sling - the venue's signature cocktail.

"I realised that this Cocktail had been carried through generations and had helped boost the reputation of the hotel for many years. It prompted me to read more. I started reading more into the cocktail and the history, and one thing that stuck with me was that through many different opinions of bartenders on what gin to use and how to make the cocktail, Cherry Heering was the only thing they all agreed on!"

Little did Jamie know then that it would lead him into the fascinating world of bartending and become part of the team at London’s most celebrated bar, The Artesian at The Langham London. Significantly, The Artesian was the Number One in the World’s 50 Best Bars for four consecutive years while Jamie was being taught by Alex Kratena and Simone Caporale.

In 2016 Jamie changed jobs and today he is the Bar Operations Manager at the famed Bamboo Bar in the Mandarin Oriental Bangkok.

"I am very proud and excited to be part of the movement in the Bangkok bar scene right now. When I arrived here two years ago, the scene was starting to progress and it has taken great strides since then, with everyone pushing each other to achieve more. I am proud to help play a small part in this by striving to get the Bamboo Bar and Bangkok more global recognition by taking part in guest shifts around the globe and also hosting guests from other countries."

Now, the Bamboo Bar has risen from No.34 in Asia’s Top 50 Bar awards to No. 9 and has been named as Thailand’s Best Bar.

There have been many changes along the way, including drinking trends, Jamie says, "Sustainability is the trend now, which is slowly but surely getting into people's heads. Bars now opening are using it as the core of their concept, and in business terms, it can be very profitable. Especially when we talk about cutting food waste, making more of our own syrups and so on."

As a consequence, he has driven projects on sustainability in hotels and the use of local ingredients in cocktails that will be seen in his new menu ‘Compass’ being released in 2018.

Keys for success? "It's an easy one, work hard. You don’t achieve anything easily in life. Also a big key to success is appreciating the people who help you in your journey. Staff you work with, F&B directors and managers, owners, they all help contribute to any success you have. You cannot run a bar on your own!"

If you had one chance to make the industry better, what would you do?

"I would love to help set up an organisation to help industry people on subjects about mental and physical health. It's still a taboo topic in the industry. Our industry is pushing the boundaries higher and higher each year - which is great - however, this comes with more pressure to become better - working longer hours, travelling more - all to become better.

"This, added to the fact that we work with booze, leads a lot of us to drink more and not look after our bodies. I also think there isn’t enough information out there regarding mental health. I feel we need an organization to help us relate to mental health in our industry. To talk about the problems we have in our workplace and how we can deal with them. This is hopefully something I can part of helping in our industry in the future.

"When I was given the chance to mark this significant occasion in Heering's history, I chose to feature the year 1953 as that was the year The Bamboo Bar was born. It was the first Jazz bar to open in Thailand, in a tiny room in the Hotel’s original Author’s Wing building, and very soon The Bamboo Bar had A-listers flocking in from Europe and America to experience the vibe. It was not unusual to see Jazz legends such as Louis Armstrong and Duke Ellington ‘jamming’ amongst delighted guests. During that time the room used to have a cloud of cigar smoke floating across the space, as guests - both gents and the occasional daring lady took time to enjoy a smoke along with their cocktails.

"The first thing that hit you when you walked into The Bamboo Bar then may have been the cigar smoke, but the place oozed class and sophistication decorated in rich leathers and wood varnish."

Assets it still has!

Today, which specific flavours have inspired your cocktail? Especially typical flavours from your country that were popular during 1953 - the period you’ve selected?

"Alongside Cherry Heering, Lagavulin 16yo single malt is used as the base. This replicates the smokey scene that greeted guests as they walked into The Bamboo Bar. And it's why I've named it - Smokey Mirrors." 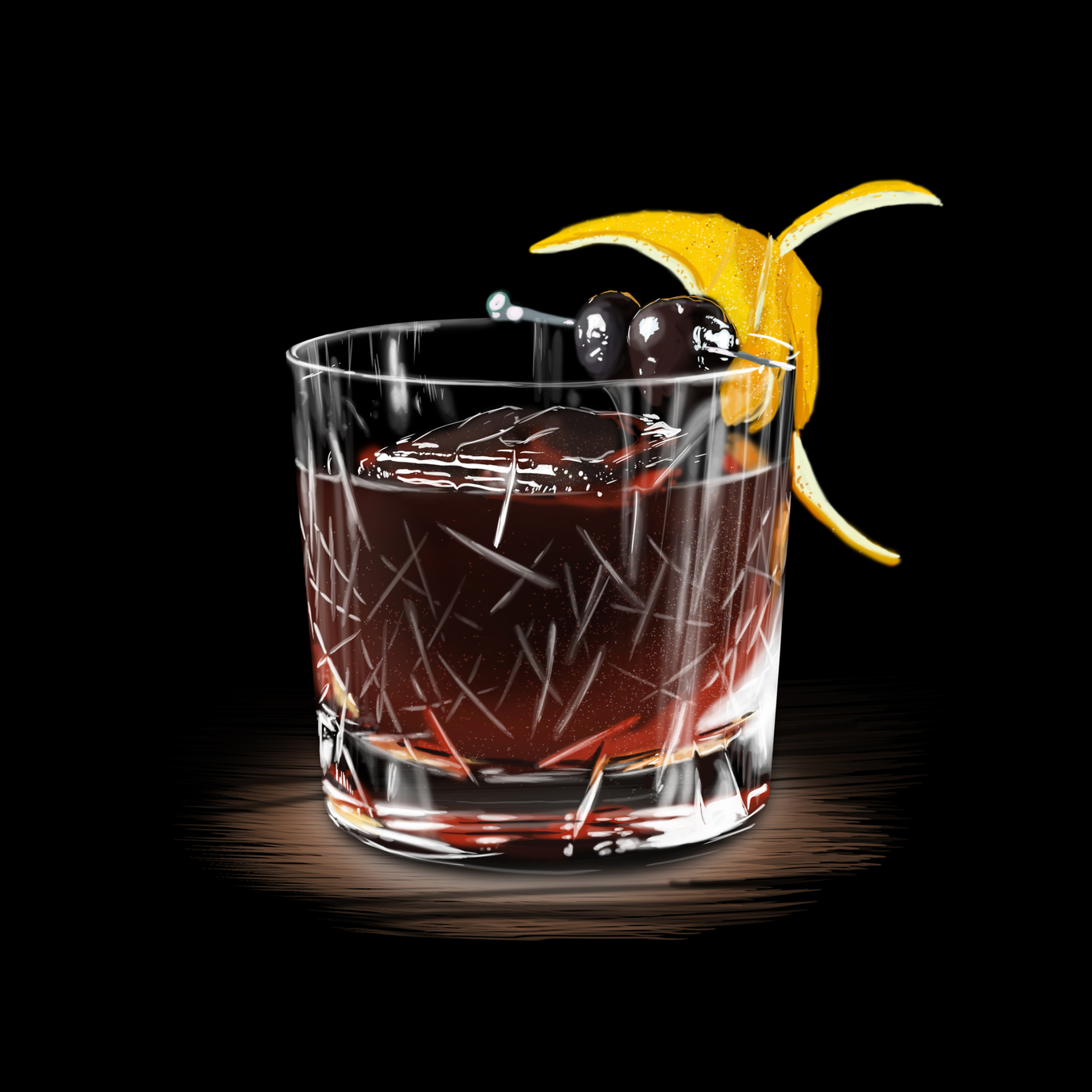 *Homemade Ginger Syrup
Boil 100g fresh ginger with 1000ml water for 5 minutes. Strain out the ginger and stir in 1kg of sugar along with freshly made ginger tea.