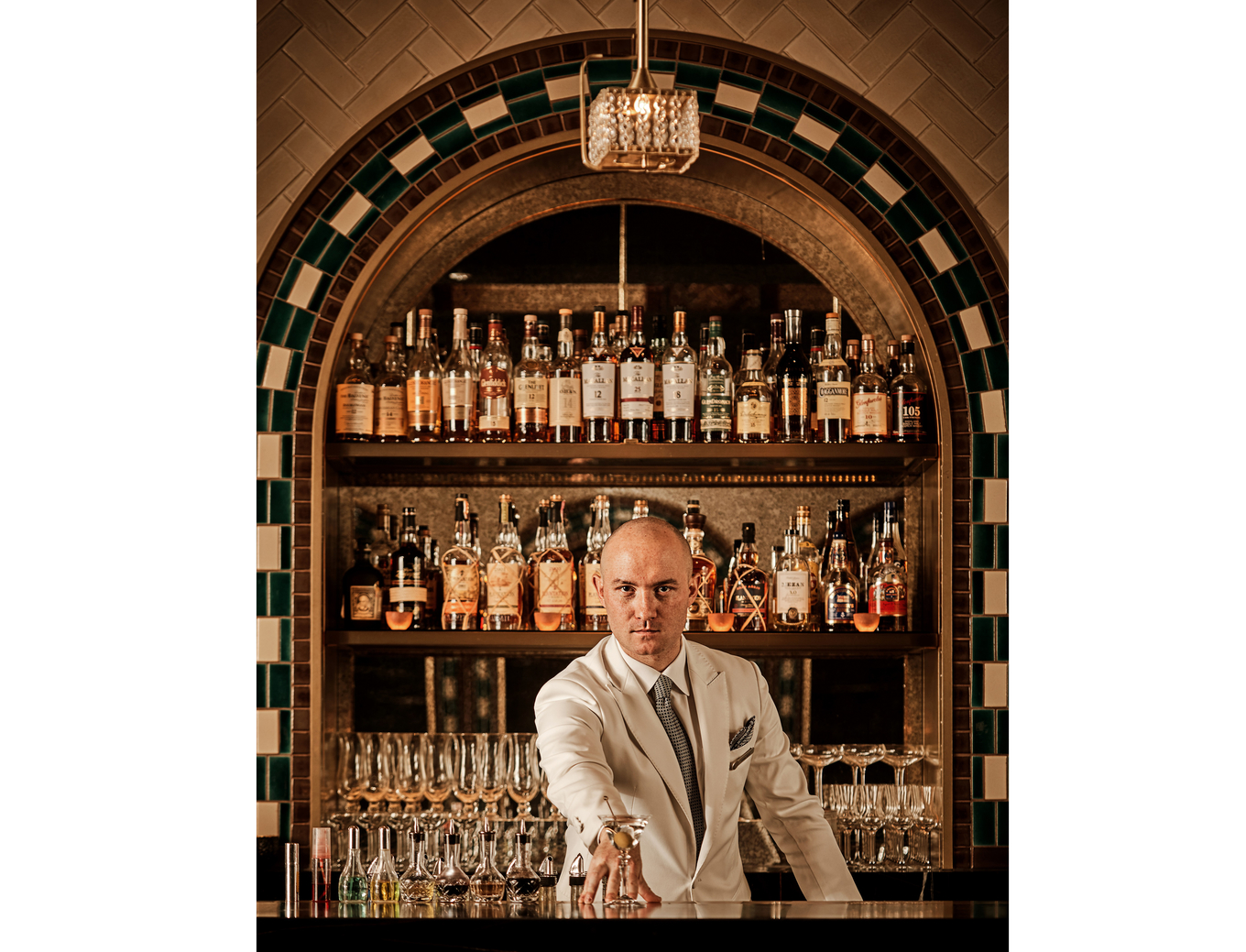 To go from an uninspired law student to become a leading figure in the hospitality industry is no small achievement. And, to be at the cutting edge of the new Golden Age of cocktails in Korea when you do must seem like is a dream come true.

"Yes, it is," says Lorenzo Antinori, now Head Bartender at Charles H. in the Four Seasons Seoul. "I was studying law in Rome - my city, bored as can be and I decided to travel for a bit. I wanted to see something of the world. So I took a year off to travel to Australia. But when I went back to my studies I also took a part-time job working at a bar in Rome. But it didn't take me long to realise that lawyer work wasn't for me."

So he began his new career in hospitality in the heart of his hometown at the Hotel de Russie, part of the Rocco Forte Collection in Rome.

This was followed by experiences in Australia and Mexico before he settled down in London, England working at the renowned Savoy Hotel's American Bar in 2011 under the tutelege of his mentor, Erik Lorincz.

Lorenzo then moved over to the Beaufort Bar at the Savoy Hotel working alongside Head Bartender Chris Moore to develop the bar programme from 2013 to 2015. During this time, the bar was recognised as Best International Hotel Bar at the annual Spirited Awards at Tales of the Cocktail.

Before making the decision to move to Seoul, Lorenzo held the post of Head Bartender at the Mondrian Hotel London's Dandelyan bar, where he took the bar to new heights positioning it at No.3 on the World's 50 Best Bars 2016.

He reminisces, "When I heard that Chris Lowder - who had opened Charles H. in the Four Seasons Seoul in 2015, was looking for someone to replace him as Head Bartender I immediately applied for the job. I was fascinated that there was a bar in Korea that was following the legacy and tastes of Charles H. Baker Jr. - someone I admired greatly."

The legendary American traveller, cocktail writer and bon vivant Charles H. Baker Jr., was a Florida native who drank and ate his way around the world from the 1920s to the 1950s jotting down recipes as he went. He is best known as the author of The Gentleman's Companion and The South American Gentleman's Companion, both two-volume works published in the 1930s that explored Baker's culinary and libational adventures around the world with delicious recipes for food and drink.

In February 2017 he joined the Four Seasons Seoul as new Head of the bar programme of Charles H., and he is responsible for the cocktail programme in all the hotel's outlets. During this time, the bar ranked at No.27 in Asia 50 Best Bars and No.78 in World's 100 Best Bars.

Snuggled away in the depths of the hotel, this sophisticated version of a speakeasy has a sleek 36-foot (11-metre) mahogany bar (helmed by Lorenzo) that is built around a menu that changes quarterly. It's an attractive list that allows guests to experience the times and places that Baker visited – Cuba in 1930, Manila in 1934, Shanghai in 1926 – with drinks, eats and interior design coordinated to tell a distinctly American story of adventure and discovery of unique flavours from around the world. A fairy-tale for adults if you will!

For this celebration of Cherry Heering Bicentenary, Lorenzo has selected the year 1931. "This was the year that Charles H. Baker Jr. was in South Korea during his 'Around the World' travels and adventures. And, my inspiration has been to create a cocktail which has the DNA of a Remember the Maine, one of Baker's classics [originally made with rye whiskey, sweet vermouth, Cherry Heering and absinthe], and to add a savoury element with a touch of 'Ganjang', Korean soy sauce."

One of Lorenzo's memorable experiences of Cherry Heering happened during the Tales of the Cocktails 2017 in New Orleans when six bars from around world - including Charles H. - showcased their own way of reproducing a Sling during the 'War of the Sling' event.

Commenting on the latest trends within the industry, and its future Lorenzo said, "It is to push the bar scene higher by adopting new technology such as fermentation, ageing, etc. to traditional practices as well as taking into account the right approach towards sustainability. Bartenders are becoming more curious, and consumers are more open-minded and desirous of trying new things. It is now essential to contribute further in creating a free and easy access to an educational platform for young professionals who are starting their journey in the hospitality industry." 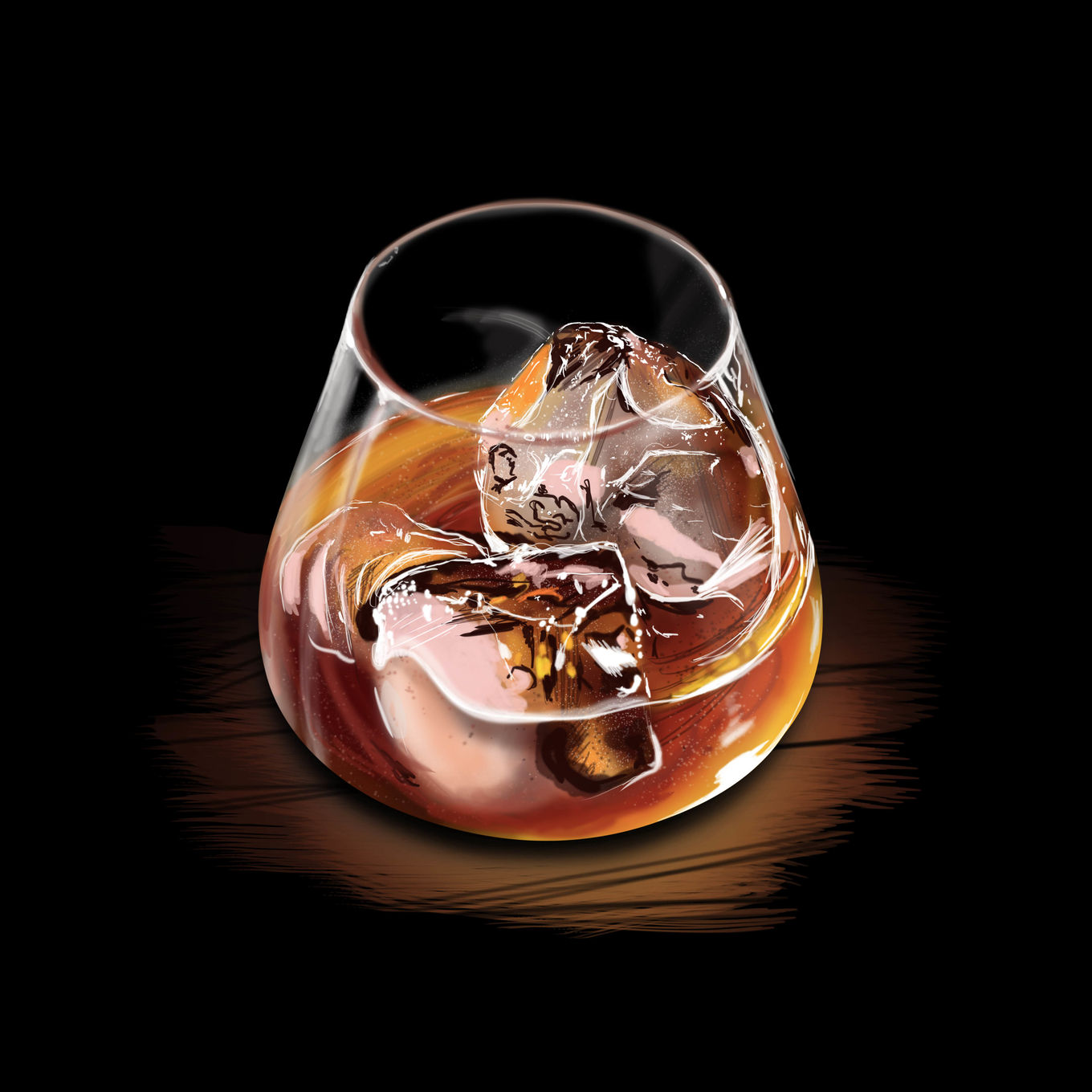