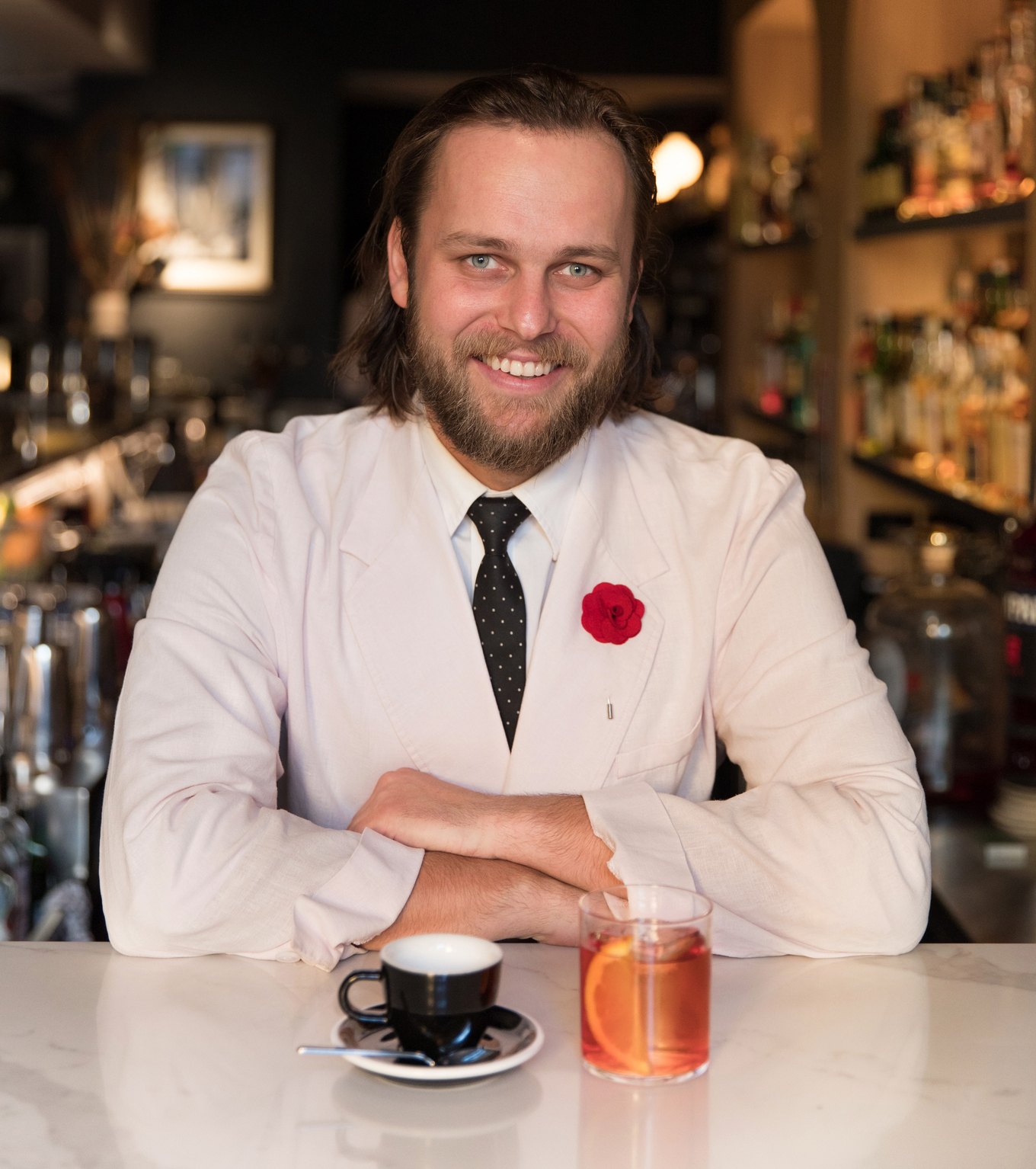 That's at least according to Martin Hudak, making this one part of the creation story the bible must have skipped over. Whilst the divine intervention is certainly dubious, the sentiment is not entirely wrong – those two countries have given us the likes of Erik Lorincz, Marian Beke, Rusty Cerven, Luca Chinalli, Alex Kratena and Maroš Dzurus to name but a few.

Martin Hudak is yet another in this prestigious lineup to claim his inheritance on the global stage as a renowned Slovakian bartender. And just like the list above, his name is one to remember.

"We are everywhere, like a good disease," he jokes. "And we are always working with Italians. Think about duos like Eric and Ago, Alex and Simone. Where are my Italians? Right now, that would be the guys at Maybe Sammy."

Maybe Sammy, the Sydney CBD bar that recently picked up Best New International Cocktail Bar at the 2019 Tales of the Cocktail Spirited Awards, is where Hudak still gets to flex his bartending muscles. These days that's an increasingly small proportion of his work hours though, having taken on the role of coffee ambassador for Mr Black's and starting his own roastery in Sydney.

It's this interplay of coffee and cocktails that has shaped Hudak's journey from his hometown of Presov all the way to Sydney via a notable stint in London.

"Where I'm from is a poor part of the country. Everyone has a distillery in the backyard and they're making very strong alcohol, we're talking up around 75% abv. My father is always saying if you take a sip of it, the snow should melt around you," says Martin.

Turning away from his first career choice after his parents pointed out its unstable nature – acting – Hudak spent five years at a hotel school learning hospitality from the bottom up. "I found I had a passion for cocktails and enjoyed the internal competitions, I was always juggling things."

Juggling and winning competitions however turned out to have little to do with the reality of bartending. Instead it was at the Dublin café in his hometown where Martin learnt the art of hospitality, fresh from hotel school and still struggling with the concept that people might want to ruin their coffees with milk and sugar.

After entering a slew of competitions Martin was able to travel to Cuba with Havana Club, Stockholm with Absolut and, for the first time ever, London with Beefeater. Exposed to the international community Martin started to garner attention, even getting a mention in gaz regan's 2010 Best Cocktails where the prolific drinks writer called Martin another central European talent to watch out for. As ever, gaz was not only right, but he was attuned to something many didn't spot until Martin had moved to London and was training under Erik Lorincz. 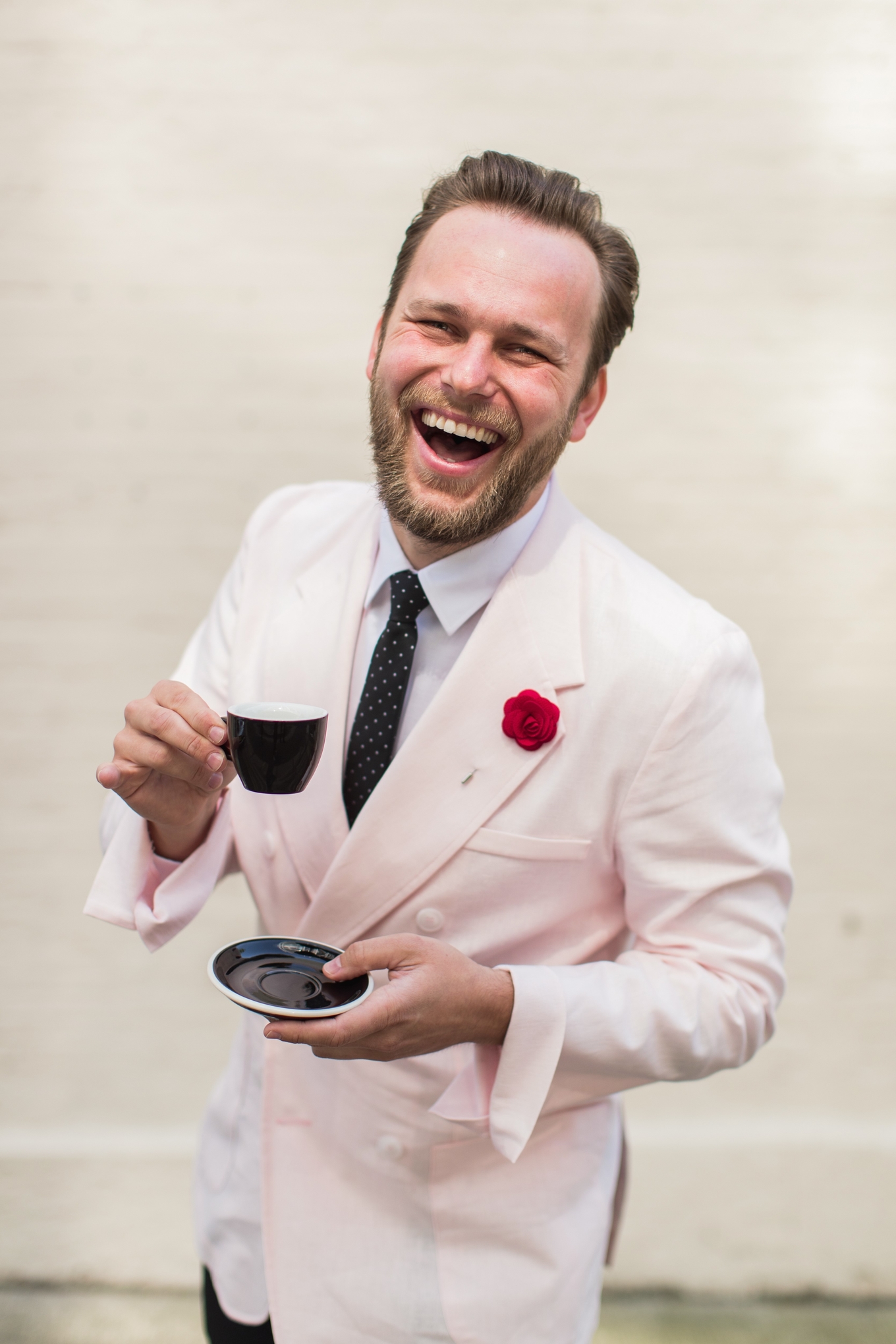 Before this move would happen Martini's love of both coffee and cocktails, and the rare drinks that combined them, would lead him to the World Coffee Championships where one of the categories was the World Coffee in Good Spirits Championship. Despite being a mouthful of a name, the competition is tough, asking competitors to go through intensive national rounds before travelling to a global final where they create two bespoke coffee cocktails and two Irish Coffees to use as common measurement against each other, all within 10 minutes. It would take years for Martin to master, but he never gave up.

His first gambit to take the international prize was in 2010. "I came in with my big ego and was five minutes over the time limit and was disqualified," Martin remembers. In 2011 he was disqualified again for breaking a rule around placing coffee on top of the machine. By 2012 Martin had brushed up on the rules, perfected his timing and was ready to try again. "I came second in Slovakia," he says, before cracking a smile, "there were three of us competing."

By 2013 and 2014 Martin won the Slovakian round and went to the world finals, the first in Niece where he placed sixth, and the next year in Melbourne where he came second.

That's not where Martin gave up, but it was, however, the year that he decided to leave Slovakia. Thinking about London, he reached out to as many bartenders as possible that he knew in the UK capital asking them to keep him in mind for future opportunities. Half an hour later Erik Lorincz replied telling Martin that the inimitable Tom Walker, who had just won Bacardi Legacy for the UK, was leaving the American Bar at the Savoy Hotel. Would he be interested?

"I googled Tom and couldn't believe it. You want me to replace this guy?" says Martin. "Erik warned me that he could only suggest me, everything else was in my hands. I had to do a personality test on the phone and the fly to London for an interview. I said I would be there the next day."

Martin rocked up to The Savoy in his cousin's tie, his father's jacket and, for the first time, clean-shaven. He was bleeding a little and reading The Savoy Cocktail Book cover to cover and back again. After a gruelling interview with Declan McGurk all Martin remembers is drinking a Moonwalk Cocktail, eating three snack trays and trying to work out how to kill a night in London before his flight home the next day. The rest, as they say, is history.

In December 2014 Martin Hudak walked into the American Bar as a senior bartender, straight from a little café in Slovakia. On his first day his locker wouldn't open, his jacket was too big and he found himself stirring his first Martini – a drink no one had ordered from him in Presov before. From there it only got better.

"Erik asked where I was staying, which was on a couch somewhere, and he gave me his spare room. He really took me under his wing, I started living with him and then learning from him not only in the bar but learning from him in life. He was the guy who set up my Instagram account, explained to me the difference between a double-breasted and single-breasted jacket, how to do a tie, he explained everything to me," says Martin. 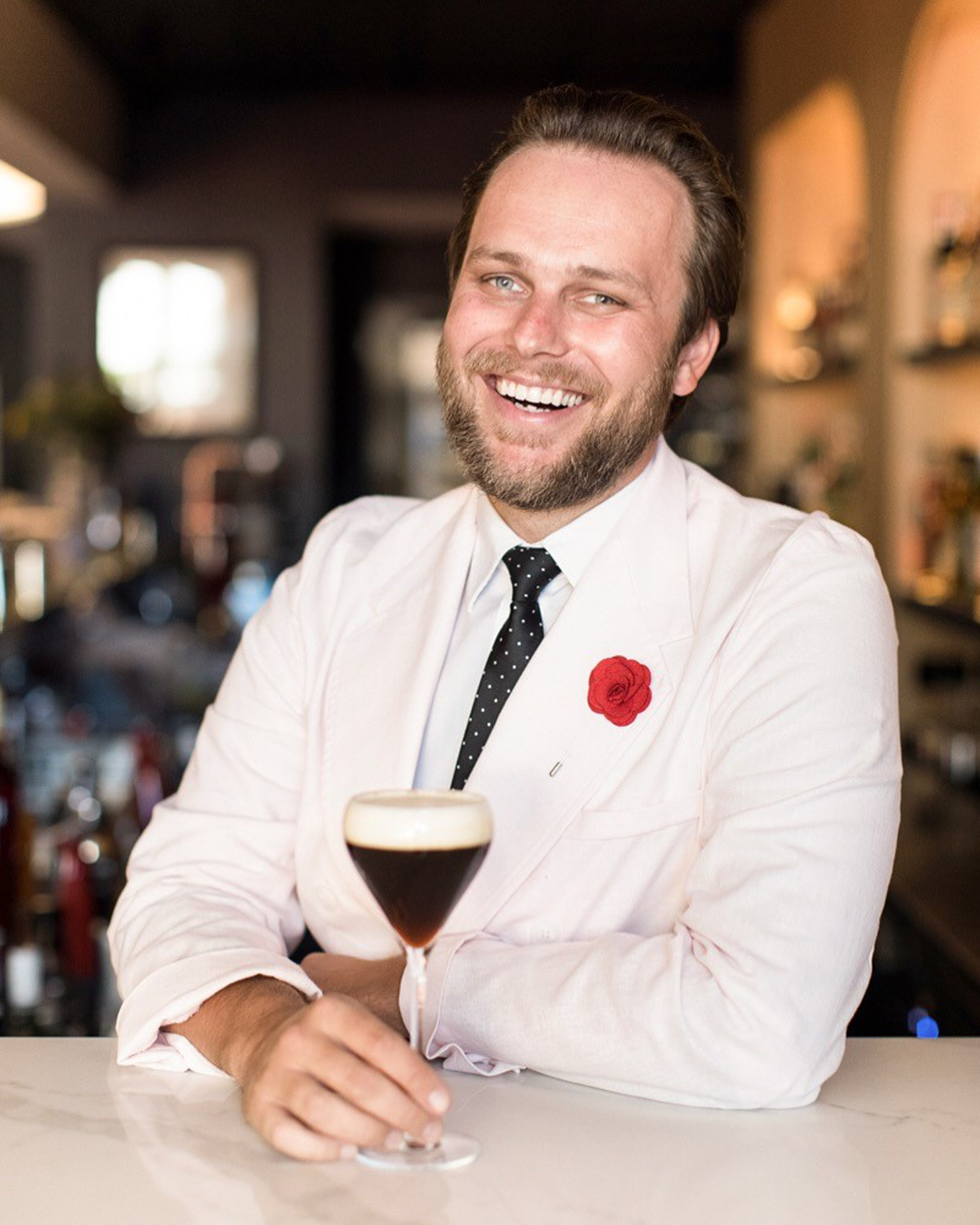 2015 came and went, Martin skipped the coffee championships, but in 2016 he decided to have another go and entered from Slovakia, won, and went to Shanghai for the world final.

"Everyone thought I was going to win it. I thought I was, I was working in The Savoy now. I brought a great story, focused on seasonality, but again I came second. There were tears in my eyes, people thought it was happiness, they were saying 'congrats you are so consistent' and all I could think was I want to be world champion, not second."

2017, Martin decided to try one last time. He says he was more relaxed, that he wanted to enjoy the ride on his final year of competing. He went to Slovakia and won the nationals. Then to Budapest where his serve was based around an environmental outlook. Finally, on his seventh attempt, Martin Hudak won the World Coffee in Good Spirits Championship. In the video of the announcement, you can see the relief and joy wash over him. And that wasn't the final victory of 2017 either, that year The American Bar took first place in 50 Best Bar's.

"We won everything in 2017, I was on top of the mountain. But I wasn't happy though. I look like a zombie in videos from that time, I was exhausted. I think the problem was London, the city itself," says Martin.

With some work on the side with Mr Black's Coffee Liqueur Martin took a trip to Australia. In Sydney he saw some old friends who had previously worked in London, now running Maybe Frank.

"Some of them used to work at Artesian, they left a five-star London hotel for a pizza aperitif bar in Sydney. Yeah we are happy, are you happy, they asked me."

Back in London Martin sat down with Declan McGurk and told him he was burnt out, and it was his time to go. On March 4th 2018 Martin Hudak finished his last shift at The Savoy and sat down with a Moonwalk Cocktail, the first drink he'd ever had in the bar. Realistically there weren't many London bars that wouldn't have hired Martin at that point but he took a risk and flew 12,000 miles back to Sydney.

"It's a hotel bar without a hotel," is how Martin describes it. Since the opening the bar has been going from strength to strength and is now a key player in the Australian scene, picking up awards not only on home turf but in global rankings as well.

When he's not behind the bar Martin is now found travelling to spread the good word about Mr Black as their coffee ambassador, educating the industry on the complexity and importance of good coffee in their cocktails. As recognition for all this hard work, Martin was awarded International Bartender of the Year 2019 by Drink Magazine Asia.

"I thought I was going to be a no one," says Martin on the move to Australia, "that I'd remove the white jacket and disappear. But that's not what I wanted, I wanted to leave The Savoy and build something. I feel like I've been able to do that."