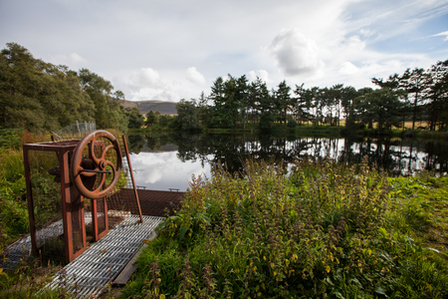 Along with barley and yeast, water is one of three key ingredients. ‘Production water’ is used in the mash tun to make the wort, which goes through to fermentation and eventually ends up in the stills. ‘Process water’ is used in the boilers to make the steam that heats the stills and to cool the condensers. They often come from different sources and each type of water effects whisky production.

Production and process water may come from the same water source but often the supply of the perfect calcium rich water for fermentation (production) is limited meaning that process water, the bulk of a distillery's water requirement, is drawn from a separate more plentiful source.

Romanticism and marketing departments have driven a misperception that the production water used has a dramatic impact on the whisky's final flavour. The truth is that while the temperature of that water has a huge impact but the whisky's flavour, the water's taste has little impact. Most malt whisky distillers agree that the type of water used only contributes around 2% effect to the final whiskey's flavour.

However, water carries nutrients for the yeast such as calcium and magnesium and Scotch whisky laws state that only naturally occurring minerals within the water are permitted with no added yeast nutrients allowed. Thus distillers prefer soft water with a high mineral content, ideally drawn from a well because of constant flow and temperature.

The distilling process uses a lot of process water, especially for cooling and this forces many distilleries to close for maintenance during the height of summer when water levels are low. 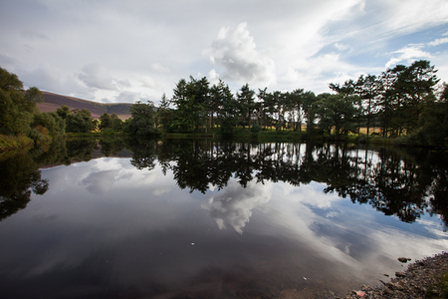 The holding lake at Balmenach