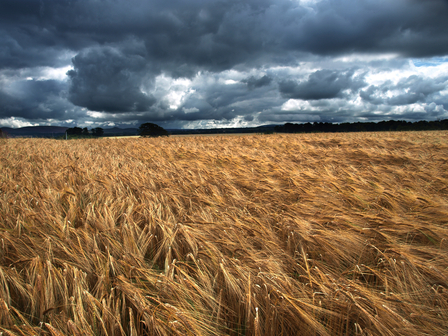 Long before 'locally sourced' was fashionable, availability dictated that the raw material used by distillers all around the world grew close to their distilleries. The French grow grapes and so make brandy; distillers in the Caribbean and South America use sugar cane to make rum; and the Mexicans distill tequila and mezcal from agave plants. Then you have the grain growing nations. The Polish tend to make vodka from rye while the Russians prefer wheat. In North America corn is the main cereal crop so this is also the predominant grain in their whiskey. Scotland's climate is not so suited to grapes or cane but barley grows well, so naturally, if not by choice, is the raw ingredient malt whisky is made from.

Most of the barley used in Scotch whisky production is grown on the Scottish and English east coasts where the light sandy soils and lower rainfall provide ideal growing conditions. Spring barley is typically sown from December until late April and due to being fairly frost-sensitive, it is sown later in Scotland than in the more clement areas of England. Some distillers proudly only use Scottish grown barley but there is simply not enough barley grown in Scotland to satisfy the requirements of the country's whisky industry so barley is routinely purchased from England, as well as other parts of Europe and even Canada. It has been common practice for Scotland's whisky distillers to import grain since the 19th century.

Malt whisky distillers seek barley strains with a low nitrogen content - so high in starch, large grain size, good enzyme potential and ability to germinate. They also want a barley that is easily malted, so maltsters prefer two-row to six-row barley due to its more consistent grain size.

Two-row spring barley also has a lower protein content than six-row barley so contains more starch (the starch content reduces as the protein increases). The level of nitrogen in the grain indicates the percentage of protein present so malt whisky distillers favour grains with a low nitrogen content, usually specifying between 1.2 to 1.65% by weight with 1.5% considered optimum. A high starch content is required as this will be converted to sugar to fuel fermentation, 60-65% starch content is typical for modern barley varieties. (Conversely, high nitrogen barley is used in the production of grain whisky or as animal feed.) 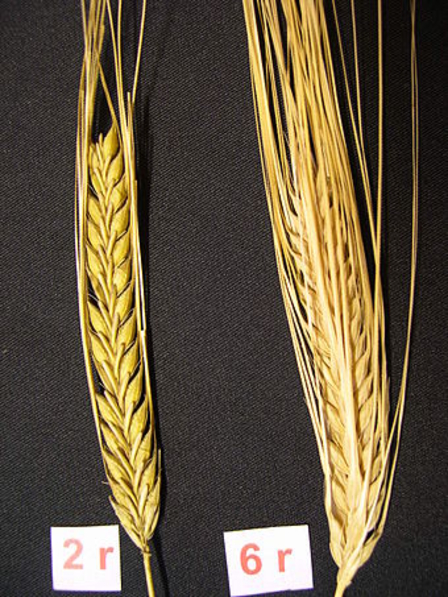 Distillers also prefer barley with high diastatic power (DP). Also known as the 'diastatic activity' or 'enzymatic power', this refers to the amount of enzymes produced during germination, particularly alpha and beta-amylase which convert starch into sugar so allowing sugars to be extracted from the starch in the barley during mashing. Other enzymes are also key to alcohol production performing tasks such as breaking long proteins into short ones.

Modern two-row spring barley varieties provide farmers a high yield of around three tonnes per acre while also giving distillers a high potential alcohol yield of over 400 litres per tonne. Modern barley varieties are also short growing so better able to cope with the windy Scottish climate than taller traditional varieties such as 'Golden Promise' which only yields two tonnes per acre.

There are some 5,500 strains of barley, but of these just ten strains are presently approved for use in Scotch whisky production by the Institute of Brewing and Distilling. As these strains were all developed from the same original barley (Hordeum distichon) they are all very similar in flavour so changing the variety has little effect on the flavour of the finished whisky.

In order of popularity the the varieties presently used to make Scotch malt whisky are: Optic, Belgravia, Concerto, Propino, Quench and Shuffle, (all well-established varieties, while Moonshine, Odyssey, Chronicle and Overture are newer varieties).

New barley varieties are continuously being trialled in the pursuit of higher yields with older, lower yield varieties such as Oxbridge, Prisma, Chariot, Triumph and Golden Promise no longer used.

Barley is graded on a scale of 1-9 for quality and consistency of grain size with only the top three grades malted for use in whisky production. 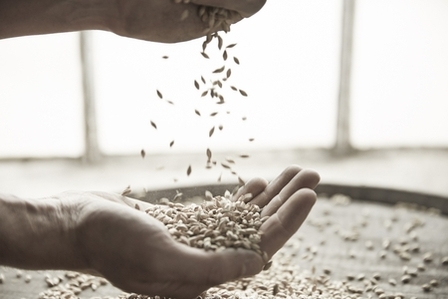