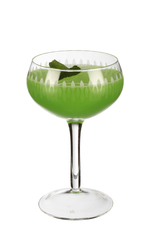 St Patrick's Day is as good excuse as any to drink Irish whisky, Guinness, nostalgia, wearing green, listening to folk music and generally celebrating the man who, allegedly, banished all snakes from Ireland after they disturbed him while he was fasting. (There are indeed no snakes in Ireland, but this is because they never came back after the last ice age.)

Not that Saint Patrick's Day is entirely an Irish phenomenon. The first recorded Saint Patrick's Day Parade was not in Ireland but in America - in Boston, in 1737. Dublin didn't get its own parade for almost 200 years - and 18 of the 20 largest parades are in the USA.

Saint Patrick is of course the patron saint of Ireland (along with Brigid of Kildare and Columba). Funnily enough though, he might not actually have been Irish - some sources say he was born in Wales in 385AD while others think he was born two years later in Scotland!

When Patrick was 18, he was enslaved by a sheep farmer. He converted to Christianity, and when he escaped four years later, he moved to France where he spent a dozen years in a monastery before moving back to Ireland.

Join in and toast the Emerald Island with emerald-coloured and Irish Whiskey based cocktails. We've a few suggestions below, but first and foremost our own Dublin Minstrel.

Shamrock Sour
With: Irish whiskey, lemon juice, lime juice, sugar syrup and green food colour gel.
We say: Looks like it should be minty but don't be deceived by the verdant colour, it's actually a tasty whiskey citrus sour.