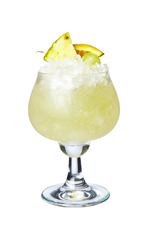 Perhaps not so much as a "birth day" but the anniversary of the first known written reference, on an invoice dated 13th March 1435 discovered in the cellar log of a winery in Rüsselsheim, just east of the Rheingau region. The document invoices Count John IV of Katzenelnbogen for six vines of Riesling planted in a local vineyard, referring to the variety as "Riesslingen," a common spelling of the time, which evolved to the modern spelling of Riesling a little over a century later.

Riesling produces a wide spectrum of wines, ranging in style from bone-dry to intently sweet, both still and sparkling, and wines that age well. French, Austrian and American Riesling wines tend to be drier than the typically sweeter German Rieslings but, handily, German wines are labelled with five degrees of grape ripeness and so sweetness:
Kabinett (dry)
Spätlese (sweet)
Auslese (sweeter)
Beerenauslese (very sweet)
Trockenbeerenauslese (sweetest)

Riesling's flavour is largely dependent on where the grapes are cultivated and how they are vinified but young wines are typically fruity with citrus, peach, apple, and pear, accompanied by high acidity. More mature Rieslings are noted for notes of petrol and beeswax but floral, herbal and spice notes (particularly ginger) are also common.

Find yourself a dry or off-dry German Riesling to celebrate this grape's birthday with a cocktail from Harry Johnson's 1882 New And Improved Bartender's Manual, a Rhine Wine Cobbler

Say what you like about the "Human Fly" or "Human Bullet", F. Rodman Law, he wasn't superstitious. On 13 March 1913, Law made the first known attempt at a manned rocket flight, in a 13 metre (44 foot) craft he had designed and built himself.

His plan was to launch in Jersey City, ascend about a kilometre (3,500 feet), then parachute down - a feat even more extraordinary for its time than Felix Baumgartner's Red Bull Stratos of 2012, and very considerably more dangerous, as was proved when Law's rocket exploded on launch. Amazingly, he picked himself up from the fragments, singed and bloody, and walked away.

And, in the end, it wasn't a stunt that killed him but TB, at the stunningly young age of 33. We are toasting the Human Bullet, one of the 20th century's unsung heroes, with a Sliver Bullet.

Priestly was a man of many talents: clergyman, political theorist and natural philosopher. He was famed for 'discovering' oxygen, but here at Difford's Guide, we're honouring him for his invention of soda water.

Priestly claimed that science promoted the "security and happiness of mankind" - which he definitely did through the invention of soda water - what else would we use in our John Collins?

When he first created soda water though, Priestly wasn't thinking of cocktails, but of curing scurvy. He provided James Cook's crew with the carbonated water for them to drink on a long voyage to the South Seas...he didn't exactly hit the mark as far as curing scurvy goes - but he did make J.J. Schweppe a very rich man, as he spotted the commercial potential in Priestly's invention, and began marketing it.

So, let's raise a glass to Priestly - a great philosopher, and the creator of soda water - it's just a pity that his business nous wasn't as good as his inventiveness. Oh, and for those that say he was born on 24th March - well he kind of was but allowing for British old style dates he was actually born this very day.

The Bystander Effect was discovered this day

The bystander effect is a phenomenon whereby, the more witnesses are present as something bad happens, the longer each individual takes to do something about it. Why? Partly because each concludes that as other people are doing nothing about it, there's clearly not a problem.

It came into being after the brutal murder of a 29-year-old bar manager, Kitty Genovese, in Queens, New York, this day in 1964. She was attacked twice by a knife-wielding psychopath, Winston Mosley, after she parked her car outside her building to make her way home to her girlfriend: he raped her as she lay dying.

According to (inaccurate) reports at the time, at least 38 witnesses saw or heard part of one or the other attack - yet not one intervened. Psychological researchers investigated, and the bystander effect was born.

We're hoping that, by knowing about it, this is one law that we can break. And so we are drinking a Scofflaw.