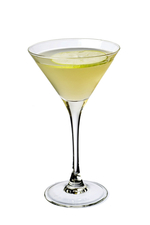 A country that has suffered so much loss of independence during its tumultuous history takes its flag day seriously.

Partitioned in 1772 between Prussia, Russia and Austria, then in 1793 between Russia and Prussia, and again in 1795, Poland ceased to exist as a nation-state for 123 years and only regained independence in 1918. But within months the newly established Second Republic of Poland again had to defeat a predatory Russia.

Then in September 1939 it was attacked by Germany from the west and a couple of weeks later by Russia from the east and suffered its fourth partition. Hitler and Stalin's objective was to eradicate Polish culture - everything from playing Polish music to flying the Polish flag.

After World War II ended, Poland remained behind the Iron Curtain for over four decades. However, with the growth of the Solidarnosc movement under Lech Walesa and with the spiritual help of the Polish-born Pope John Paul II, it broke free.

Today is part of a three-day celebration that also takes in International Workers' Day on 1st May and Constitution Day on 3rd May. Today we will be drinking to Poland's freedom with a Polish Martini.

This time in 2014, a robotic bee made its first public flight in Harvard University. Half the size of a paper clip, powered by wafer-thin wings that flap 120 times per second, Robobee was inspired by the anatomy of (confusingly) a fly.

Why? Because flies perform incredible aerial acrobatics, despite their tiny brains - just think of how little flies survive high winds. And a tiny brain, limited fuel requirements and extreme agility are exactly what the miniaturised spy robots of the future need.

We're sorry. Did we say "miniaturised spy robots"? Robobee's applications, naturally, will not be military or espionage-oriented in the slightest, and it is in no way a micro air surveillance vehicle. Researchers hope it could double as a real bee for pollinating crops, keep an eye on the environment, or help in search and rescue operations where flies on the wall are needed.

In honour of a world that's getting more sci-fi by the second, we're toasting Robobee with a Honey Bee Mine, a drink we created for Valentine's Day, but that's worth enjoying at any time of year. And, rest assured, Robobee will need a deal more camouflage before it's hanging out unnoticed on any wall.

... comment(s) for Flag Day in Poland