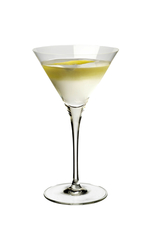 In Australia, today is National Sorry Day. No, not an opportunity to go around apologising to everyone you've done wrong to - that's what Sunday mornings are for - but a very specific, nationwide apology to the Stolen Generations.

What Stolen Generations? Well, from the late 1800s to as recently as the 1970s, mixed-race Aboriginal children were removed from their families and communities and forcibly placed into institutions, or adopted. The purpose, allegedly, was to "civilise" them, by removing the children from their own language and culture - the world's oldest continuously existing culture, and one that had existed long before Captain Cook rocked up and the British started exporting prisoners.

On this day in 2008, Kevin Rudd, the then Prime Minister of Australia, delivered a formal apology to Indigenous Australians. We are marking it, remembering, but also saying goodbye to, a difficult past, with a drink bearing the name of one of Australia's most famous symbols, a Kangaroo Dry Martini.

Today is also the anniversary of Middle Eastern Oil

On this day in 1908, the company that would become BP struck oil in a remote corner of what was then Persia, changing the history of the region, and the world.

It was a last-minute event. The company was on the verge of downing tools: the expedition's backer was at risk of losing all three of his homes, and staff were already being sent home and offices packed up. But explorer George Reynolds' discovery has shaped modern history in ways that he could not possibly have imagined.

Without this discovery, there would have been no Iraq war, the UAE would perhaps still be a nation of scattered nomads with not so much as a road, let alone an airline - and the ice caps would, most likely, not be retreating. We are marking today with a Corn 'n' Oil, a Caribbean classic whose origins are lost in the depths of time.

This day in 1972, Thomas Cook, the world's oldest travel firm, went private - it had been bought by the state in 1948 after running into trouble.

Sadly, Thomas Cook ran into trouble again in September 2019 and went into compulsory liquidation, so triggering the UK's largest peacetime repatriation. Segments of the company were purchased by others so, despite the collapse, the Thomas Cook brand lives on.

The original Thomas Cook was a Baptist preacher and cabinet maker, who started the company in 1841, when he privately chartered a train to take temperance campaigners 12 miles to a rally, and made a profit on it. He invented the holiday brochure, mass tourism - albeit originally within the Midlands - and within a decade was transporting 150,000 people to the Great Exhibition in London.

By 1855 he had extended to international travel, beginning with France, then Switzerland, Italy, the US and Egypt, inventing the round the world trip and even supplying the British Army in Khartoum. Given that as late as the 1950s only 1% of Britons had ever left the country, Thomas Cook was a pioneer.

Thomas was a firm teetotaller, so one imagines he would spin in his grave not only at what the tourists travelling under his name get up to today. Still, we are raising a glass to him, with a firmly alcoholic Sir Thomas.