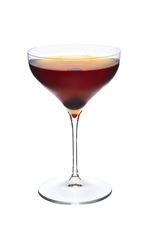 New York City's Chrysler Building was completed this day in 1930 and at the time this impressive Art Deco-style skyscraper was the tallest man-made structure.

Standing on the East Side of Midtown Manhattan at the intersection of 42nd Street and Lexington Avenue, the Chrysler Building is 318.9 meters / 1,046 feet high but just 11 months after completion its height was exceeded by the Empire State Building. Today the Chrysler Building is joint fifth tallest in New York City along with New York Times Building but remains the world's tallest brick building (with a steel structure).

Built to be the headquarters of the Chrysler Corporation, the car manufacturer occupied the building from 1930 until the mid-1950s. However, the building was commissioned and paid for by Walter P. Chrysler who wanted to personally own the building so it could be inherited by his children. The majority owner is now the Abu Dhabi Investment Council.

It may no longer be the tallest building in New York but with its Art Deco terraced arch crown, it is perhaps the most striking. So, in honour of this splendid building we are drinking a Perfect Summit Manhattan.

While travelling over the bridge, consider that the roadway hangs from two cables held up by the two main towers and fixed in concrete at each end. Each cable comprises 27,572 strands of wire with a length totalling 80,000 miles / 130,000 km. The bridge is pinned together by some 1,200,000 rivets.

The bridge's colour is called international orange so appropriately, we are drinking a Golden Fizz which has orange liqueur and is garnished with an orange slice.

If you've ever visited the Caribbean islands, you will know that folk love to party on those white sand beaches, and elsewhere, for that matter. And today the good folk of idyllic Saint-Martin in the Leeward Islands, are celebrating Abolition Day with partying, steel bands and, no doubt, plenty of punch. As they will on the Dutch side of the island, Saint Maarten.

Why today? Because on this day in 1848, the French colonial authorities of Guadeloupe finally got around to abolishing slavery in the colony and its dependent islands, among them Saint-Martin.

We'll be getting in the spirit with a glass of Caribbean Punch, a surprisingly potent tropical blend that centres on the Caribbean favourite overproof rum, Whites.

... comment(s) for The Chrysler Building's birthday