Casablanca was released this day 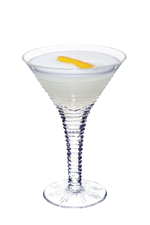 "Of all the gin joints in all the towns in all the world, she walks into mine..." Casablanca, a movie that still routinely tops lists of the best films of all time, was released on this very day in 1942.

Curl up with a copy of the film and one of our favourite Casablanca cocktails, the Casablanca, a tangy blend of rum, citrus and maraschino. "Play it, Sam."

It's the anniversary of The Crime Of The Century

Just after dawn on this day in 1983, six armed men broke into a warehouse at London's Heathrow airport, and committed what many considered the crime of the century - the Brink's-MAT bullion robbery.

They'd been hoping for £3 million in cash - an enormous sum in those days. But, after tying up the guards and dousing them in petrol, they found gold bullion worth almost £28 million then, or around £500 million today, plus diamonds, travellers' cheques and cash.

None of the men involved in the robbery knew what to do with all this gold, so they had to involve criminals from elsewhere: some claim that the gold was scattered so far and wide that most people wearing gold jewellery made in the UK after 1983 are wearing Brink's-MAT gold.

Much of the gold, some believe, is still buried - and 19 men involved in the crime and its aftermath have since been murdered. We are commemorating the allure of gold with a Gold Rush.

It's hard to imagine a world without horror movie mummies, a genre that the archaeologist Howard Carter unwittingly spawned when he found a way into the tomb of Tutankhamun in 1922.

Tutankhamun himself was a boy king of ancient Egypt, who lived almost 3500 years ago. The product of incest between King Akhenaten and one of his five sisters, he went on to have two miscarriages with his sister. Tutankhamun was buried, rather charmingly, with two fetuses, most likely his own children, along with his iconic death mask.

A spate of early deaths among people involved with the expedition - two died the next year - gave rise to a general belief in the Mummy's Curse that continues in some circles, although Carter himself lived to age 64.

A Pyramid Punch should scare all the ghosts away. It's our own take on the legendary Pisco Punch.

... comment(s) for Casablanca was released this day