Yamazaki, Japan’s first malt whisky distillery was completed in 1924 and the malts it produces have become one of the most honoured single malt whiskies in the world.

Some 95% of the barley used to make Japanese whisky is imported from Scotland where it is first malted by Scottish maltsters. Although Yamazaki use a wide range of malted barleys, from non-peated to heavily-peated malts, it is non and lightly-peated malts that predominate.

While it is common for Scotch distillers to trade whisky between each other to provide the different styles required for blending, this practice does not occur in Japan. Hence, Yamazaki employ a variety of methods throughout production to produce whiskies of different styles for blending.

Some of these stills are imported from Scotland while others are made locally. The quest for a wide variety of whiskies continues with both worms (producing a heavy distillate) and condensers (produce a light distillate) being employed. The twice distilled spirit leaves the second still at 65-70% abv but is hydrated to 60-63% abv before aging.

By now it is obvious that the folk a Yamazaki will not just use one production method when a number are available, so it is perhaps not surprising that they use five types of oak casks in different shapes and sizes to age their whisky. These include 180 litre bourbon barrels, 230 litre hogsheads made from disassembled barrels, Yamazaki’s original tall and short 480 litre puncheons manufactured in-house by Suntory, and more slender sherry or Japanese oak butts that also hold 480 litres of whisky.

These varying sized casks are made from three different types of oak: North American white oak (ex bourbon), Spanish oak (ex sherry) and Mizunara oak (water oak) from Japan’s northern island of Hokkaido. White oak adds vanilla and coconut flavours while Spanish oak contributes fruitier, chocolate notes and a deeper reddish hue compared with white oak casks. Only around 5% of the casks used are Spanish and a mere 1% are Japanese. However, over long periods of aging, the Japanese oak casks add a distinctively eastern character to the whisky of sweet incense and citrus notes.

This huge variety of casks is further complicated by various degrees of char being applied, whether they are first-fill or re-fill casks, and where and how long they are left to mature. It is worth adding here that the warehouses at Yamazaki can only hold 15% of the whisky produced at the distillery so the majority is transported to the Omi Aging Cellar in Shija (pronounced ‘She-Gar’). Due to the ever-present fear of earthquakes, both these warehouses are made of strong concrete construction with the barrels lying on their sides and stacked four high (dunder style). Earth shudders preclude palatisation of casks.

Japanese whisky is made in pot stills and aged in a similar way to Scottish whisky but the climatic changes are more comparable to those found in Bourbon and the average temperature is 3-4°C warmer than experienced in Scotland. These climatic conditions facilitate greater extraction of flavours from the oak as the whisky is let into and then forced out of the oak as it expands and contracts. This coupled with the use of Japanese oak, results in whiskies that have a character unique to Japan. With so many different styles of single malt available to the blenders at Yamazaki, their expertise is vital to the finished Yamazaki blend and they typically taste some 200 to 300 samples a day. Each vatting benefits from six months marrying before bottling and absolutely no caramel is used to colour correct Yamazaki whisky, its hue purely derived from the oak in which it was matured. 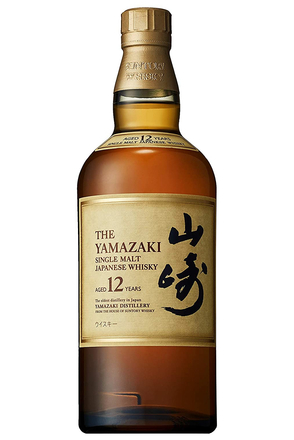 Launched in 1984, this is the original Yamazaki expression and remains Japan's best-selling single malt whisky. It is...

The first cask stored at the Yamazaki soon after distilling started their in 1923 was a 480 litre Spanish oak Oloroso...

This is a rare example of whisky aged in casks made by Suntory's own coopers from Japan's indigenous Mizunara oak... 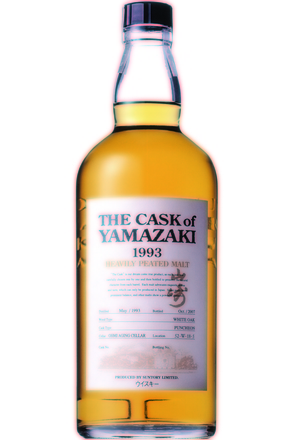 The Cask of Yamazaki 1993 Heavily Peated

Distilled from heavily peated malt in May 1993 and bottled in June 2008, this single cask strength whisky was matured... 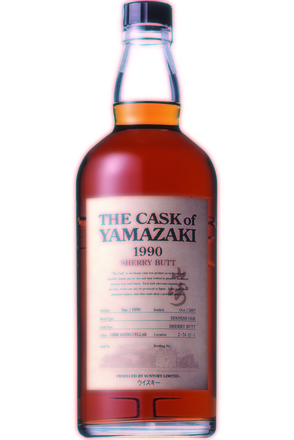 The Cask of Yamazaki 1990 Sherry Butt

Distilled February 1990 and bottled June 2008, this single cask strength malt was matured 8 years and 4 months in... 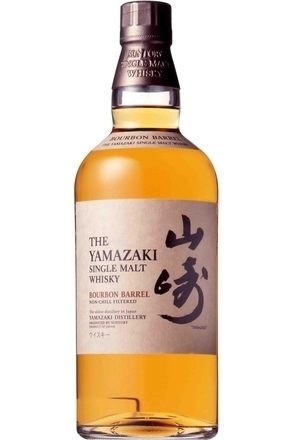 A blend of Yamazaki single malt whiskies distilled in 1984 and aged mainly in mizunara (Japanese ‘oak’) and some...