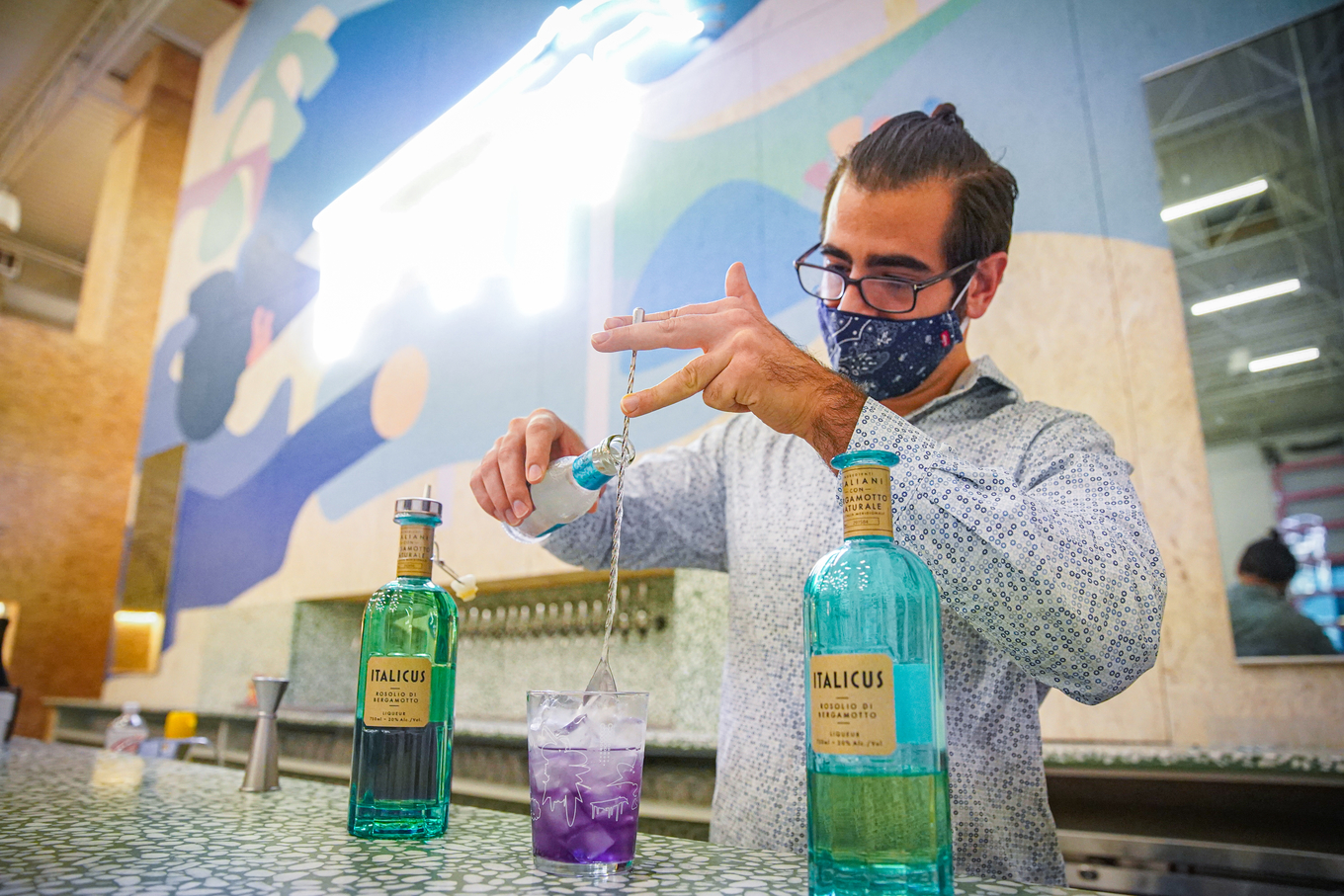 Originally from the picturesque town of Matera, Badilicata in Southern Itality, Giuseppe had his sights set of the silver screen and an acting career. Upon moving to Rome in 2013, he accidentally picked up a bartending gig to support his art but became more and more interested in mixology.

Passionate with all things boozy and spirited, from mixing them to especially knowing their history, cultural significance and impact, production and, of course, consumption, Giuseppe continued to focus more and more time and after moving to New York, became the beverage director at Almond Bar & Restaurant.

The ongoing pandemic forced him, as many, to stop, and took it as an opportunity to re-evaluate his approach to be in the hospitality industry with intention. With this goal he now runs the cocktail program at Finback/Halftone's studio in Gowanus. 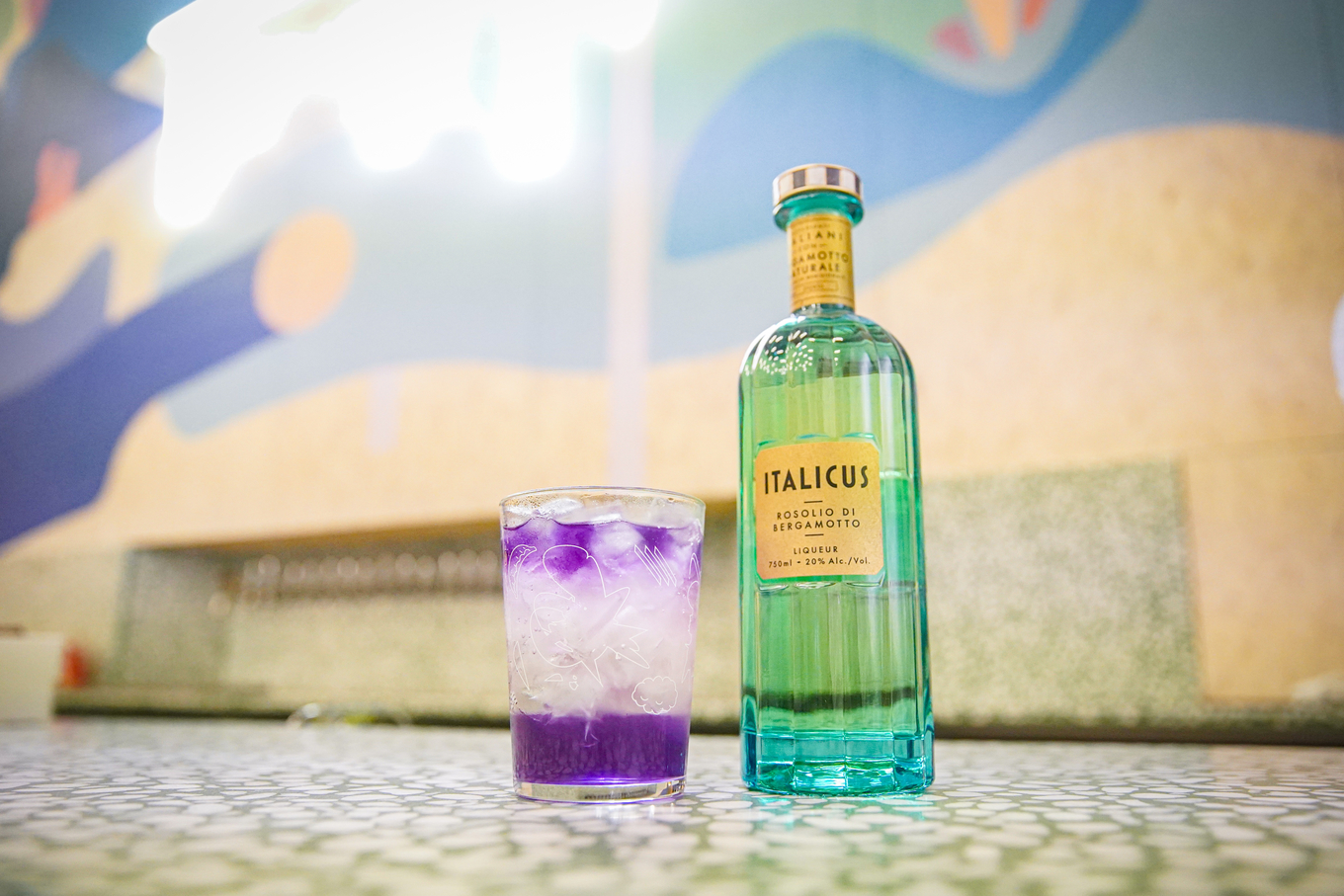 Method:
Pour the "G&T" in a chilled highball. Add ice. Gently pour the tonic almost till the rim, allowing to be layered on the clarified punch. Dash the tincture on top of the drink and express on its surface the tea mist with an atomizer.

To start, coarsely crack the grains of paradise and let them macerate for 8 hours in the gin, then strain and set aside.

After preparing the syrup, mix all the ingredients together but the milk. Bring the milk to simmer in a saucepan and transfer it to a non-reactive container.

Slowly pour the cocktail into the milk and gently stir. Let it curdle for a few hours (I let my set overnight).

Slowly (it will take a second!) filter the curds through a cheesecloth or a superbag first, then through the best coffee filter you can find.

For the Butterfly pea flower tincture and Earl Grey mist the preparation in essentially the same: infuse for 4 hours 1/4 tsp of the respective tea in 4 oz of the same gin you'll use in the punch, then brew the equal amount of the same tea, let it cool and mix it 50/50 with the strained infusion.

Inspiration:
During the lockdown months I had a lot of time to play around and experiment, and was already trying to figure out a satisfying way to use tonic in a setting different than the evergreen G&T.

Inspiration struck when I starting working with the amazing people behind Finback Brewery in their their new spirit venture, Halftone Spirits. As Finback's beers, Halftone's gins play also on the thin line between innovation and tradition, researching quality and simplicity without being simplistic.

I thought that a "hybrid" G&T would embody that spirit: the crisp and citrus forward Flagship gin, as in the case of a proper gin and tonic, is essentially enhanced with Italicus' distinctive profile and all the other elements are as fundamental in complementing its profile as the different citruses or botanicals would do in a European-style G&T.
And is the choice to transform the sharply bitter classic in a smooth and pungent clarified milk punch and back to the vestige of a G&T again.