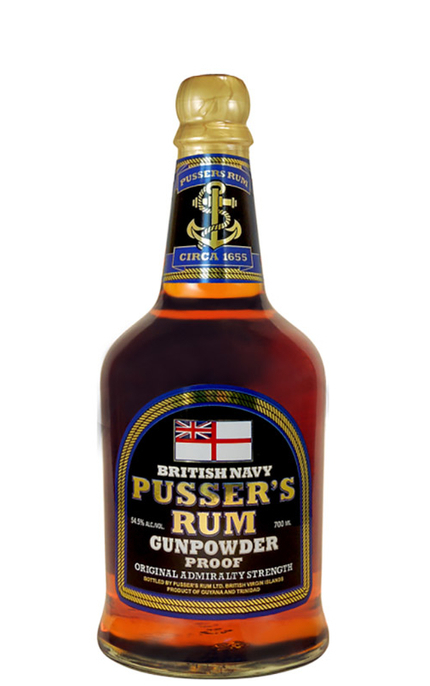 A blend of column and pot still rums distilled from fermented molasses and aged in ex-bourbon barrels. Pusser's is blended according to original British Admiralty specifications using five rums from Guyana and Trinidad.

The name 'Pusser' is slang in the Royal Navy for purser, the officer with responsibility for the issue of rum on board ship. For more than 300 years the British Navy issued a daily 'tot' of Pusser's rum, with a double issue before battle. This tradition, which started in Jamaica in 1665, was finally broken on 31st July 1970, a day now known as 'Black Tot Day'.

In 1979 the Admiralty approved the re-blending of Pusser's rum to the original specifications by Charles Tobias in the British Virgin Islands. A significant donation from the sale of each bottle accrues to the benefit of The Royal Navy Sailor's Fund, a naval charity established to compensate sailors for their lost tot.

Full-bodied, and despite its strength with a mellow medley of flavours: molasses, treacle, vanilla, cinnamon, nutmeg, toffee and espresso. Alcohol peppery spice and oak balances slight sweetness and adds structure. 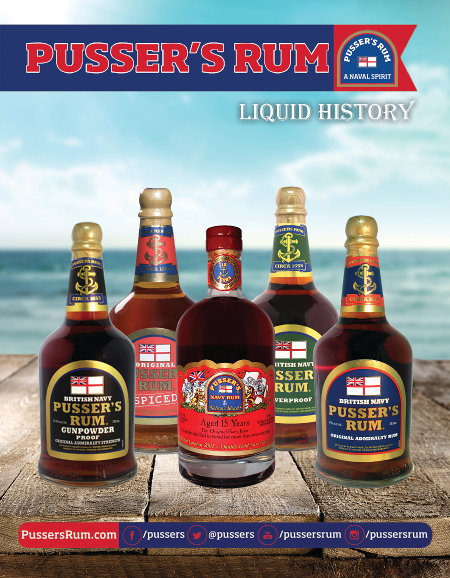