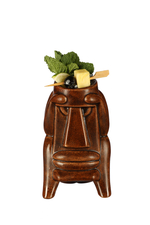 IVF is so common nowadays, an essential recourse for older parents or people suffering fertility issues, that it's hard to believe the shock Louise Joy Brown's birth caused the world in 1978.

Louise was the first ever baby born after IVF, or in vitro fertilization, a process where eggs and sperm are brought together outside the body. Despite the common term "test-tube baby", fertilization usually happens in Petri dishes, not tubes of any kind.