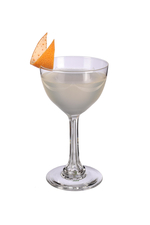 London-born computer scientist Tim Berners-Lee sent out a memo entitled "WorldWide Web: Proposal for a HyperText Project" on this day in 1989. In it, he outlined the future of the internet, envisaging it not as a broadcasting medium but as a place where all users could create, share and expand knowledge, democratically.

The project he proposed has transformed the world as dramatically as the printing press did before, making everything from Google to Wikipedia to this humble website possible. The investment required to bring the internet into being? Berners-Lee reckoned on five people working for six months, with software and hardware spend of around £80,000.

A modest man, and a true British hero, Berners-Lee is credited with the creation of the internet. However, there is considerable debate over the actual date of the Internets' birthday. Berners-Lee's proposal was in 1989, but the first web pages, hosted by CERN, didn't go live until 23rd August 1991 (known by some as Internaut Day). Others consider 12 November as the World Wide Web's birthday.

Thankfully, both CERN and the World Wide Web Consortium (W3C), agree that the web's birthday falls on 12th March and Tim Berners-Lee marks the occasion with an open letter, an annual publication we should all heed.

We are toasting the Interweb and its London born inventor with a London Calling.

On this day in 1994, 32 women were ordained as priests in Bristol Cathedral, bringing the UK up to speed with Hong Kong, which had ordained its first woman priest 50 years before, and the US, where women had been saying Mass for almost 20 years.

From the time in 1975 when the General Synod passed the motion that there were no fundamental objections to the ordination of women yet failed to pass a second motion asking for the legal barriers to be removed, it had been a long, long battle for equal rights.

As a humanist, I'm not a huge fan of religion, but I do love equality. And so we're toasting those 32 pioneers, and the others who came after them, with a Bishop, that splendidly warming combination of port, juice, spices and hot water.

It's also the anniversary of Les Misérables opening on Broadway

Les Misérables debuted in 1980 at the Palais des Soprts in Paris, before moving to London five years later. In 1987 on this very day, Les Misérables opened on Broadway where it went on to win eight Tony Awards.

Les Misérables ran until 18 May 2003 when it closed after 6,680 performances, making it the third longest-running Broadway show in history. It's a tale of love and death in the French Revolution set to music - it's a clearly a winning combination, as the musical has been seen by more than 70 million people in 44 countries and 22 languages since 1985! 125,000 people attended the 1989 Australia Day concert in Sydney, the biggest single live audience for Les Misérables to date.

When Dick Bradsell created the French Spring Punch, it was pretty unlikely that he had Les Misérables in mind, but we thought that it'd be a great way to celebrate the Parisian barricades, and the long lasting success of Les Misérables. Mix one tonight and make an appropriate toast: 'Viva la revolution!'

... comment(s) for The Internet's birthday