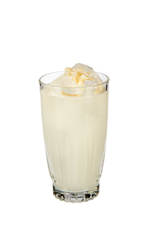 Coconuts are something of a superfood due to the antiviral, antioxidants, antibacterial, and anti-fungal properties of their milk and flesh. Alone worthy of a day of celebration, without their important role in Tiki cocktail culture, both as an ingredient and drinking vessel.

But why today? This originates from the establishment of the Asian Pacific Coconut Community (APCC), an intergovernmental organisation that oversees production and promotes coconuts. Originally formed as the Asian Coconut Community on 9th September 1969, when states outside Asia began to join the organization, its name was changed to encompass countries of the Pacific and World Coconut Day commemorates the foundation of the APCC on 2nd September 2009.

Coconut water is delicious mixed with whisky, particularly Scotch, but it's even better so more often mixed with rum, hence we're celebrating this superfruit with a Coconut Rum punch.

It's The Great Fire of London's aniversary

666 is, of course, the mark of the beast, and on this day in 1666, Londoners were already feeling anxious. The city had been decimated by an outbreak of plague, which began the year before and continued well into spring.

And then - as every English schoolchild learns - late at night a fire started in a bakery in Pudding Lane. It didn't look too serious to begin with, and in one of history's more unfortunate statements, the Mayor of London observed that "A woman might piss it out!" - but the city was wooden and dry. The fire raged for three days, destroying 80% of London, including 13,200 houses, 87 churches and St Paul's Cathedral.

On the plus side, it did help put an end to the bubonic plague, while only six people are known to have died. There was no fire department in those days - although citizens did their best with fire breaks - so today's anniversary is a great opportunity to toast firemen everywhere with a splendid Rum Sour, the Fireman's Sour.