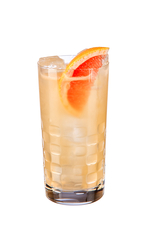 So, we're celebrating a birthday and World Paloma Day with the classic version of the Paloma cocktail while also celebrating the growing number of riffs on one of the most popular contemporary classic cocktails. And for those misguided folk, who've missed the dove link with the International Day of Peace, and think World Paloma Day falls on May 22nd, as with the Monach, it would appear Paloma has an official birthday and an unofficial birthday.

We invited Discerning Drinkers members to share their own version of the Paloma cocktail via our Cocktail Builder. We sought easy to replicate tasty Palomas and our two favourites were the Amaro Paloma by Filip Filipovic, and the Otoño Paloma by Taylor Isaacson. Many thanks to all who shared their recipes, there were numerous good recipes and we very much enjoyed trying them.

So whatever your war, battle, or mere disagreement, now is the time to take a step forward and make the peace. Peaceable folk also recommend lighting a candle or sitting in silent meditation. We will be meditating on a White Lady, an aptly-named drink, and enjoying the resulting inner peace whilst hoping for a more peaceful world.