Helium was discovered this day 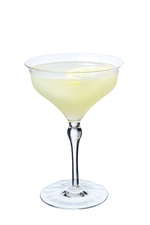 Up In The Air

This day in 1868, the moon blotted out the sun, causing a total eclipse of the type that has panicked civilisations since time immemorial. Very far from panicking, however, was a French astronomer, Pierre Jules César Janssen, who had travelled all the way to India to set up with a spectroscope so he could try to work out what the sun was made from.

Later that year, a British astronomer named Norman Lockyer would observe that self-same colour and propose the element be called helium, after Helios, the Greek name for the sun. It was 1895 before someone finally isolated helium on earth and balloons became a thing of joy.

... comment(s) for Helium was discovered this day