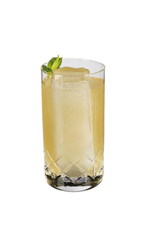 On this day in 1984, the people of India witnessed one of the world's worst industrial incidents - the Bhopal gas disaster. On the night of 2nd December, 45 tons of the gas methyl isocyanate escaped from a pesticide plant in Bhopal, Madhya Pradesh, India. Over half a million people were exposed to the highly toxic gas, with tens of thousands dying in the aftermath.

In memory of the people who lost their lives following this catastrophic event, and for those who were badly injured, World Pollution Prevention Day was established, and it serves to raise awareness of the negative impact of man-made pollution and the threat of industrial accidents to life on earth.

Most of us are all too aware of the consequences of climate change and the threat that plastic pollution, air pollution, soil pollution and so on pose to our existence. But today is about enlightening those that may be ignorant to the gravity of our current situation and the fatal repercussions of pollution. And it's a reminder to us all that though we may not be able to save the world single-handedly, we can all play our part and make a big difference together. We're spreading the message with an Air Mail

Anniversary of the first artificial heart

In 1982, a Seattle dentist named Barney Clark awoke from surgery he had known he was unlikely to survive, with a brand new heart in his chest. And, no, it wasn't a transplant. Clark's heart, the first permanent artificial heart to be tested on humans, was made of polyester, plastic and aluminium, and powered by a pump outside his body.

Clark survived for 112 days after his operation, every one of them in the hospital, and many of them battling infection. A second recipient lived longer - almost two years, in fact.

Sadly, though, no one took to the hearts. And today these artificial mechanisms are used only to keep folk alive for short periods during surgery or while awaiting transplants. We are toasting the brave Doctor Clark, and the talented doctors who treated him, with our take on our favourite of many classic cocktails named Doctor.