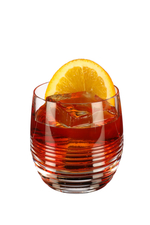 Many of us are gearing up for the festive season and let's face it, life can feel a little frantic at this time of year, so what better way to slow down and take a well-earned repose than with a warming cup of cocoa?

Today is National Cocoa Day, a day to celebrate chocolate's key ingredient, and one used by confectioners the world over to make our favourite candy bars, cookies, ice creams, cakes and beverages.

Cocoa is a highly concentrated powder made from a paste prepared from the seeds of the Theobroma Cacao - the cacao tree. It's thought that the tree was widely cultivated in the Amazon Basin around 4,000 years ago, used by the Mayans in particular as a food source and then, following the collapse of the Mayan civilization, by the Aztecs who made this 'food of the gods' a chief part of their culture. At one time, the Aztecs believed that cacao beans were more valuable than gold.

A sentiment not shared by some modern-day chocolate corporations, who mass-produce highly refined chocolate goods with little thought to the working conditions and income of the farmers who grow and harvest this precious commodity. However, the good news is that the Fair Trade movement and growing demand for high-quality, ethically-grown pure cacao are on the rise, so more of us can indulge in this sweet treat guilt-free.

And speaking of treats, how about a Chocolate Negroni to celebrate?

Today in St Lucia the sun, as always, shines and the good folk of this tiny country, a Caribbean island only 617 square kilometres (238 square miles) in size and home to less than 200,000 people, are celebrating their independence with a nationwide party.

Britain returned St Lucia to the St Lucians in 1979, having ruled it alternately with the French from the 17th century, and then controlling it from the early 19th century. Although the official language of St Lucia is English, most locals still speak a form of French-based creole. So today why not celebrate the island and its people with an appropriately named drink, the Creole Cosmo?

And it's the anniversary of Joan Bennett's scandal

Joan Geraldine Bennett (1910-1990) was an American star who acted in numerous stage performances and appeared in more than 70 motion pictures, but is perhaps most remembered for this day in 1951 when her husband/producer shot her agent in his manhood after suspecting they were having an affair.

Wanger told the Beverly Hills Chief of Police, "I shot him because I thought he was breaking up my home". Shooting a man in the balls could be considered a measured response, and it would seem that's how the court viewed what could have been attempted murder, as he only served a four-month sentence before quickly returning to his career and making a series of successful films. We are drinking to a good pub story of retribution with an appropriately named Joan Bennett, a fruity floral tall drink created in the star's heyday, 19 years before the scandal.