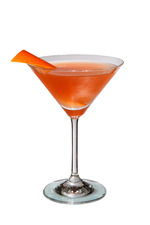 We will be toasting Harry, and his bar, with one of the few cocktails that all sources agree he created, the Monkey Gland. It is named for a pioneering rejuvenation treatment developed by one Sergei Voronoff - a transplant of monkey testicles into the relevant gentlemen's area.