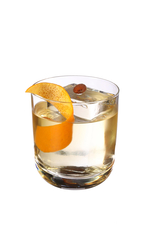 Happy National Nut Day! Yes, that's right - October 22nd is the day we celebrate these little nuggets of goodness. With a reputation for being the healthier snack option, nuts have in fact been part of the human diet for at least 800,000 years, and for good reason.

For our caveman ancestors, nuts were a fatty, protein-rich food, packed with nutrients and antioxidants - the perfect supplement to the hunter-gatherer's diet. Today, nuts are still all those things, with the benefit of coming pre-packaged up as your favourite go-to snack.

Though it's predominantly our friends in the US who celebrate National Nut Day, the humble nut should be celebrated for its truly international standing. The Greeks and Romans thought that walnuts were a gift from the Gods, and nuts still feature heavily in cooking all over the world. Nuts are grown across all continents, with China being the nuttiest.

Now here are some facts we think you'll go nuts for:

Join us today in honouring this healthy snack with a Walnut Manhattan, a Hazelnut Martini, or even a Almond Old Fashioned.

On this day in 1836, Sam Houston - sound familiar? - became the first elected president of the Republic of Texas, a nation that would exist for only a decade longer.

Yes, sirree. Texas is one of very few US states once to have been an independent country. The Republic of Texas sprang from a revolution in the Mexican state of Coahuila y Tejas, where citizens objected (among other things) to having to adopt Catholicism.

The war of independence lasted for a year, officially, but sea battles would continue for another decade or so - pretty much until Texas gave up its independence and joined the United States. We'll be raising a glass to Texas, and Texans, with a Texsun cocktail, a cocktail we discovered in Esquire's 1949 Handbook for Hosts.

Well, technically, Da Vinci isn't a true robot. It's a slave system that mimics the movements of a surgeon operating a console, although on a smaller scale than the actual hand movements (and with wobbles taken out). What this means, though, is that heart patients don't have to have their entire chest sliced open. Instead, the robot can go in through incisions between two ribs, meaning smaller scars, less operational stress, and faster recovery time.

So we are toasting modern science and it's life changing developments with a Love Me Flip, created by Erik Lorincz. Or you may feel a Love Heart cocktail more appropriate.