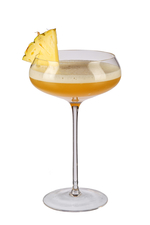 In the UK, today is National Hospitality Day, a celebration of the nation's pubs, bars, coffee shops, restaurants and hotels, and the folk in these venues who provide hospitality to the rest of the nation. Post-Lockdown, Hospitality Day provides an opportunity for the nation to say "welcome back – we've missed you" by going out and supporting the hospitality sector with a special thank you.

Many venues will have fundraising activities in support of the four main hospitality charities:

Long unsociable hours, low pay and the stress of coping with busy shifts leaves many hospitality workers in need of help with physical, mental, and financial challenges. These UK charities are there to help.

The Pandemic illustrated the huge role the hospitality sector plays in all our lives, from first dates to wedding celebrations, the relaxation of an after-work pint or cocktail, and the weekend brunch or Sunday roast. So, today, please eat out or drink out on National Hospitality Day, perhaps order a Bartender's Martini, or, with the pineapple being a symbol of hospitality, a Pineapple Daiquiri. And, at the very least, say thank you.