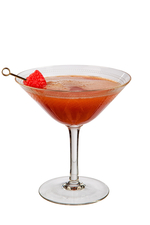 While Scholars aren't quite sure when kissing became a worldwide custom, some believe it stems from India and it was thanks to Alexander the Great that the world over now enjoys the practice. Kissing is not just a sign of love and affection, but can also be a show of respect, admiration, friendship and religion.

There's plenty of variation too. Hand kissing, cheek kissing, French kissing. The popular Eskimo kiss began with the Inuit, a group of indigenous people living in the Arctic regions of Alaska, Greenland and northern Canada. First discovered when European explorers arrived in the Arctic regions where the Inuit greeted one another with a rub of their noses, the explorers then dubbed the greeting an Eskimo kiss.

Kissing has even been wrapped up in legends. Ireland's Blarney Stone attracts tourists from all over to kiss the "magical" stone, in the hope that by doing so they will be gifted with eloquence.

And, in an age of social distancing, who would have thought kissing comes with a wealth of health benefits - research shows kissing stimulates a good mood, can fight depression, has stress-reducing effects and can lower cholesterol.

Lips are not just good for kissing, they're great on a glass rim. So, pucker up, grab a glass and celebrate today with a cognac-based French Kiss cocktail.

It's the anniversary of the Hartford Circus Fire

7000 people were sat in a gigantic circus tent in Hartford, Connecticut this day in 1944. They were beginning to enjoy a trapeze act when the band broke out in the circus emergency signal, the Stars and Stripes.

A small fire had started - no one knows how. It spread to the paraffin wax that waterproofed the tent roof, pouring burning cloth and boiling wax down onto the audience, who rushed for the exits. Two were blocked - and there were only buckets of water with which to fight the fire.

Hundreds tragically died in one of the worst fire disasters in American history. Yet new fire safety laws would go on to save hundreds more lives. In honour of firemen - and, yes, fire safety officers - everywhere, we are drinking Dale DeGroff's Old Flame.

It's also the anniversary of the Piper Alpha Disaster

On this day in 1988, the world's worst offshore oil disaster occurred, when a fire started on the Piper Alpha drilling platform in the North Sea. The rig blew apart in a series of explosions, killing 165 out of a crew of 226, as well as two workers from a rescue vessel.

The platform would burn for three weeks, creating flames over 100m in height and visible from as far as 120km away, before it was finally extinguished: when the accommodation area was recovered from the seabed, 87 bodies were found inside.

No criminal charges were ever brought in association with the disaster, but over 100 changes were made to offshore safety procedures. Many survivors have suffered long-term psychological problems after experiences such as jumping into the sea from heights of 50m, suffering severe burns and clinging to dead bodies to stay afloat in the chilly sea. We're toasting these brave men with the Jamaican favourite, Corn 'n' Oil.

... comment(s) for It's International Kissing Day